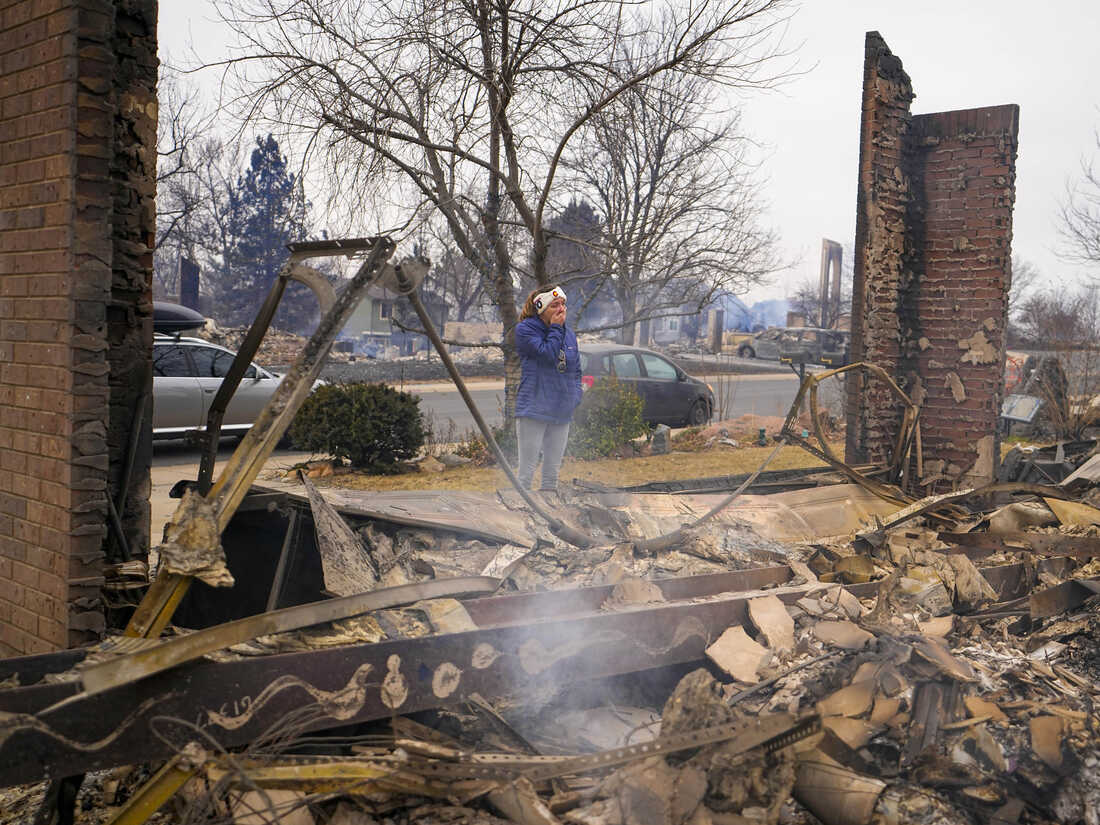 A woman reacts to seeing the remains of her mother’s home destroyed by the Marshall Wildfire in Louisville, Colo., in 2021. A new survey finds that most Americans say they have experienced extreme weather in the last five years.

A great majority of Americans have been affected by extreme weather in recent years, and many suffer long-term financial problems as a result, according to a new nationwide survey conducted by NPR, the Robert Wood Johnson Foundation and the Harvard T.H. Chan School of Public Health. More than three-quarters of adults in the United States say they have experienced extreme weather in the last five years, including hurricanes, wildfires, floods and heat waves, the survey found. And most people who suffer major weather damage or financial problems do not receive money from the federal government. People who experience extreme weather are also more likely to consider climate change a crisis or major problem, according to the survey, titled “The Impact of Extreme Weather on Views About Climate Policy in the United States.” The results underscore how ubiquitous and dangerous climate change is for Americans, as the hottest part of the year gets underway, and people across the country gird themselves for another year of severe hurricanes, floods, fires and heat waves.

“Facing extreme weather has had a substantial impact on millions of Americans, who have had serious property damage, health, and financial consequences,” said Robert J. Blendon, co-director of the survey and professor of health policy and political analysis emeritus at Harvard T.H. Chan School of Public Health. Heat waves affected the most people by far. More than half of the survey respondents say they personally experienced extreme heat. Just last week, a heat wave tied or broke temperature records in dozens of U.S. cities. Extreme weather is also hurting people’s health. Nearly one-quarter of those who experienced extreme weather in the last five years said someone in their household had a serious health problem as a result. Wildfires were particularly dangerous: 38% of households affected by wildfires had someone with a serious health problem, most often from smoke exposure. The survey also found widespread support for state efforts that would protect people from extreme weather, such as making electrical grids more resilient to storms and heat wav …