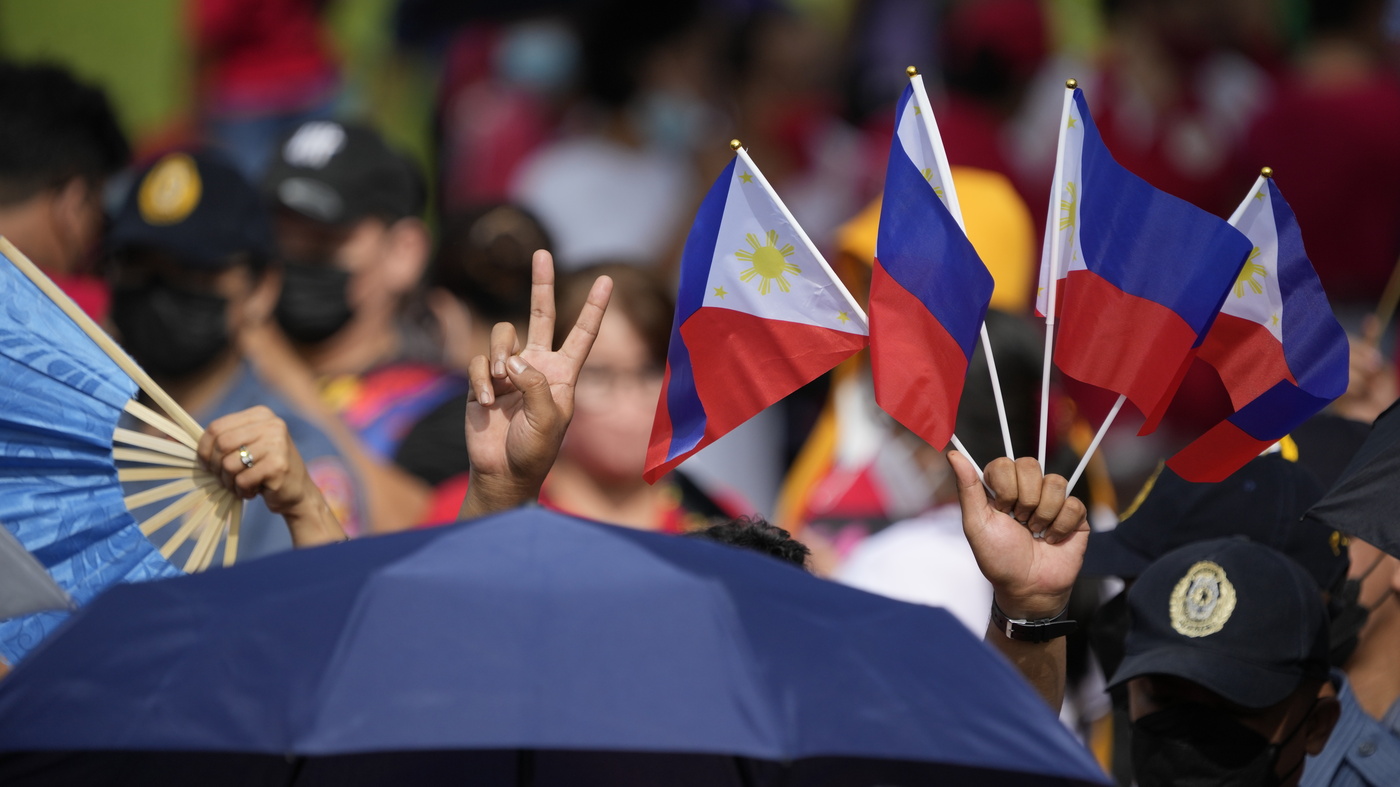 MANILA, Philippines — Ferdinand Marcos Jr., the namesake son of an ousted dictator, was sworn in as Philippine president Thursday in one of the greatest political comebacks in recent history but which opponents say was pulled off by whitewashing his family’s image. His rise to power, 36 years after an army-backed “People Power” revolt booted his father to global infamy, upends politics in the Asian democracy, where a public holiday, monuments and the Philippine Constitution stand as reminders of his father’s tyrannical rule. Activists and survivors of the martial law-era under his father protested Marcos Jr.’s inauguration, which took place at a noontime ceremony at the steps of the National Museum in Manila. Thousands of police officers, including anti-riot contingents, SWAT commandos and snipers, were deployed in the bayside tourist district for security.

Chinese Vice President Wang Qishan and U.S. Vice President Kamala Harris’s husband, Doug Emhoff, were among foreign dignitaries attending. “Wow is this really happening?” asked Bonifacio Ilagan, a 70-year-old activist who was detained and severely tortured by counterinsurgency forces during the elder Marcos’s rule, before the inauguration. “For victims of martial law like me, this is a nightmare.” Such historical baggage and antagonism stand to hound Marcos Jr. during a six-year presidency beginning at a time of intense crises.

The Philippines has been among the worst-hit countries in Asia by the two-year coronavirus pandemic, after more than 60,000 deaths and extended lockdowns sent the economy to its worst recession since World War II and worsened poverty, unemployment and hunger. As the pandemic was easing early this year, Russia’s invasion of Ukraine sent global inflation soaring and sparked fears of food shortages. Last week, Marcos Jr. announced he would serve as secretary of agriculture temporarily after he takes office to prepare for possible …