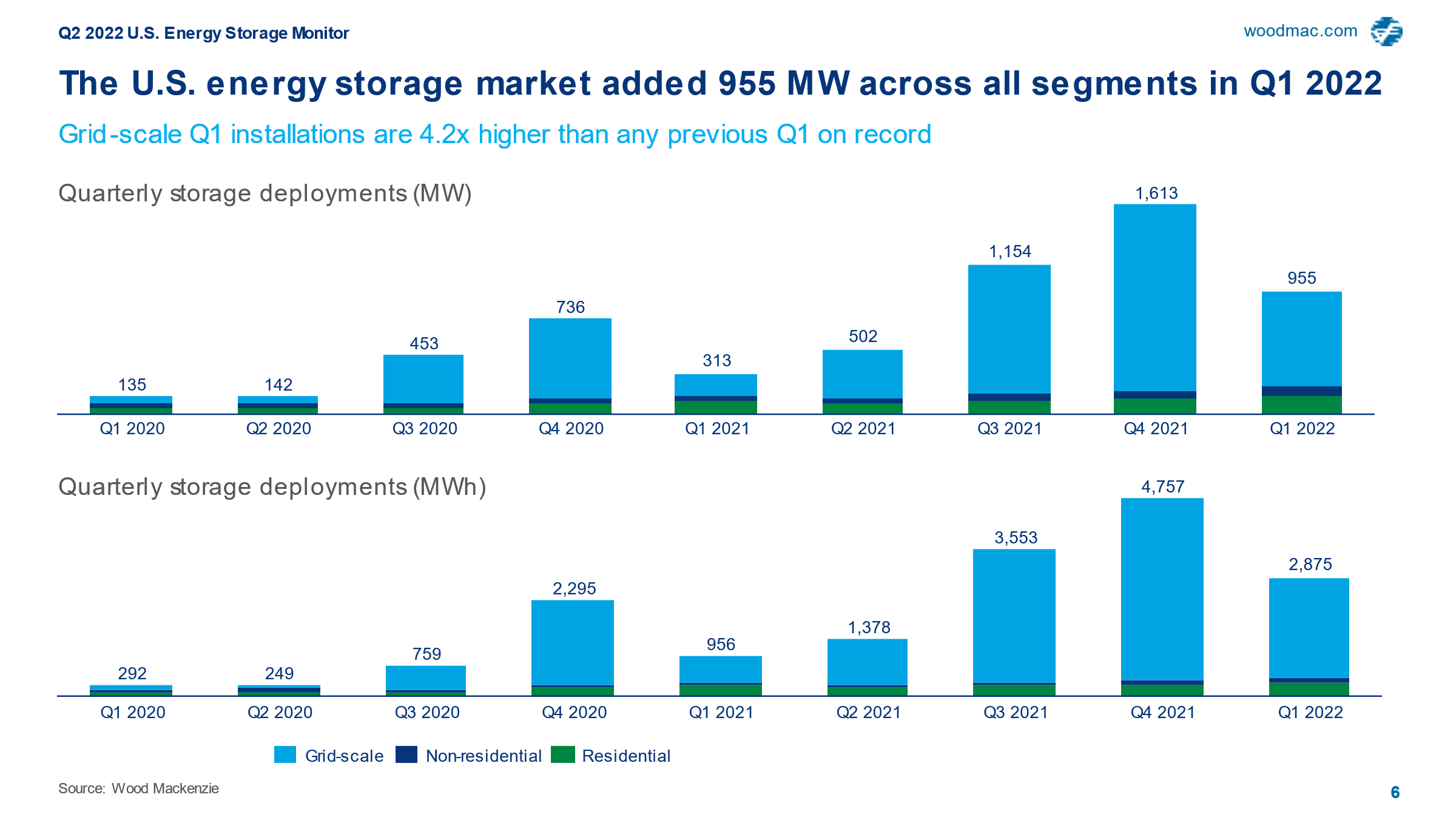 Grid-scale energy storage installations quadrupled in the first quarter of the year, compared to the same period in 2021, but geopolitical and domestic conflicts kept figures from being higher, according to the U.S. Storage Monitor report published by Wood Mackenzie and the American Clean Power Association on June 15.
Overall storage installations rose 955 MW and 2,875 MWh during the first quarter, outpacing last year’s results. Large-scale storage is expected to reach 41 GWh by 2026, and residential battery installations are projected to reach 2.3 GWh by that same time year.
California has the most large and small scale storage installations of any state, while Texas has the next highest level of grid storage and Puerto Rico has the second highest level of behind-the-meter storage.

Dive Insight:
Ongoing challenges, including constraints on imported battery elements, will continue to affect the pace of energy storage installations, according to analysts.
Developers that pair grid storage with solar took a hit from the federal investigation of the anti-circumvention petition alleging photovoltaic solar arrays from Southeast Asia include parts from China, potentially bypassing anti-dumping restrictions, Wood Mackenzie and ACP’s report added.
The report highlights a number of storage applications that prompted continued development despite a slowdown in installations. Energy storage is growing in importance because it can reduce the electricity sector’s carbon emissions by sending stored power to the grid and homes in place of fossil fueled generation when solar power drops, researchers and advocates say. Batteries also increase the value of intermittent solar and wind resources when they store excess output that otherwise would not be used, feeding it back to the grid when wanted by the utility or home, storage experts and advocates point out. And much more energy storage fueled by renewable resources is needed to help green the grid, according to clean energy and storage analysts.
“Despite all the headwinds, the demand for customer-sited storage will likely be strong for the foreseeable future as we continue to need resiliency in the face of climate change and outages,” said Jin Noh, California Energy Storage Alliance policy director.