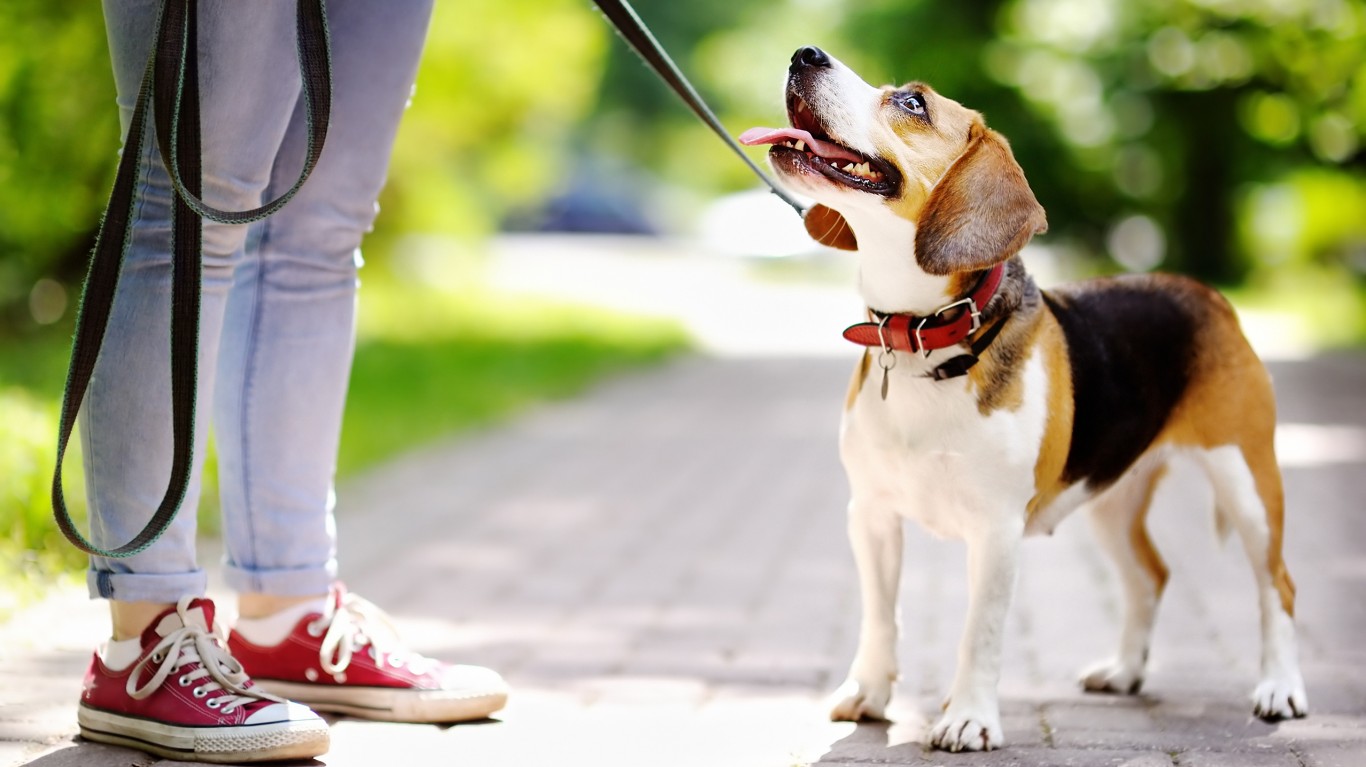 History is filled with extinct occupations. Most of these jobs were accessible to people with the least formal education, from lamplighters to switchboard operators. (These are jobs that used to be common but no longer exist.)
Today, about 40% of Americans 25 and older have a high school but no higher education except perhaps for some college but no degree, according to a Pew Research Center report earlier this year. Creating jobs that do not require a college degree and pay a living wage is important to the U.S. economy. These jobs often also include access to affordable health care and educational opportunities for the workers or their children.
To determine the 25 fastest growing jobs that don’t require a college education, 24/7 Wall St. reviewed Bureau of Labor Statistics employment growth projections from 2020 to 2030 per occupation. We only considered occupations that require at most some college education but no degree and that have a positive projected employment growth. Occupations were ranked based on the projected employment growth from lowest to highest. Median annual wage is for 2021, also from the BLS.
The 25 occupational categories on this list are expected to grow employment between 2020 and 2030 by more than 26%. Eleven of these jobs, including amusement park attendants, bartenders, and animal caretakers, have a median annual wage of less than $30,000. (These are the lowest paying jobs in America.)
Several jobs, including competitive athletes and makeup artists, pay well above the median annual wage for all occupations of $45,760. However, other than flight attendants, the number …