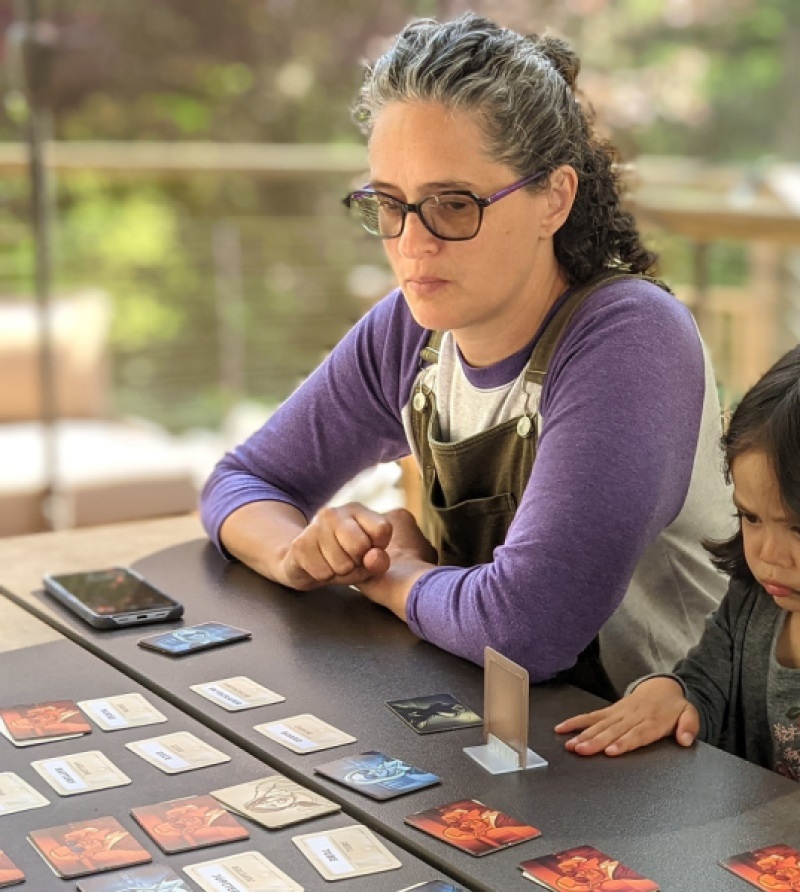 It’s been a tough few years for game developers, and that’s why Eve Crevoshay is focused on making a difference for them. She is the executive director of Take This, a nonprofit devoted to mental health issues for gamers and those in the gaming industry. And today she is receiving the Vanguard Award from Games for Change.New York-based Games for Change (I’m moderating a few sessions at the upcoming Games for Change Festival on July 13 to July 16.) is a nonprofit dedicated to highlighting game changers who want to make a social impact through games or immersive media. The Vanguard Award recognizes people who advance the mission of using games to change the world for the better. Past winners include Mark Barlet of Able Gamers and Gordon Bellamy of the University of Southern California and the CEO of Gay Gaming Professionals.

Crevoshay, who says she is the product of hippie parents, has been executive director at Take This for four years and she came to games by accident, after she met her husband David Edery, a game developer. During her time on the job, game developers have had to endure mental health challenges related to the pandemic, mass shootings, the #MeToo movement, #BlackLivesMatter, crunch, and more.

Crevoshay is an outspoken advocate for speaking up about mental health issues and she and Take This helped with Mark Chandler’s efforts to create TIGS, the International Game Summit on Mental Health. Those events have had rare moments of candor where game developers speak openly about mental health issues they have faced in the hopes of spreading the message that we are not in this alone.

Eve Crevoshay received the Vanguard Award from Games for Change.GamesBeat: Congratulations. Can you describe the award more for us, what it entails?

Eve Crevoshay: What I kn …