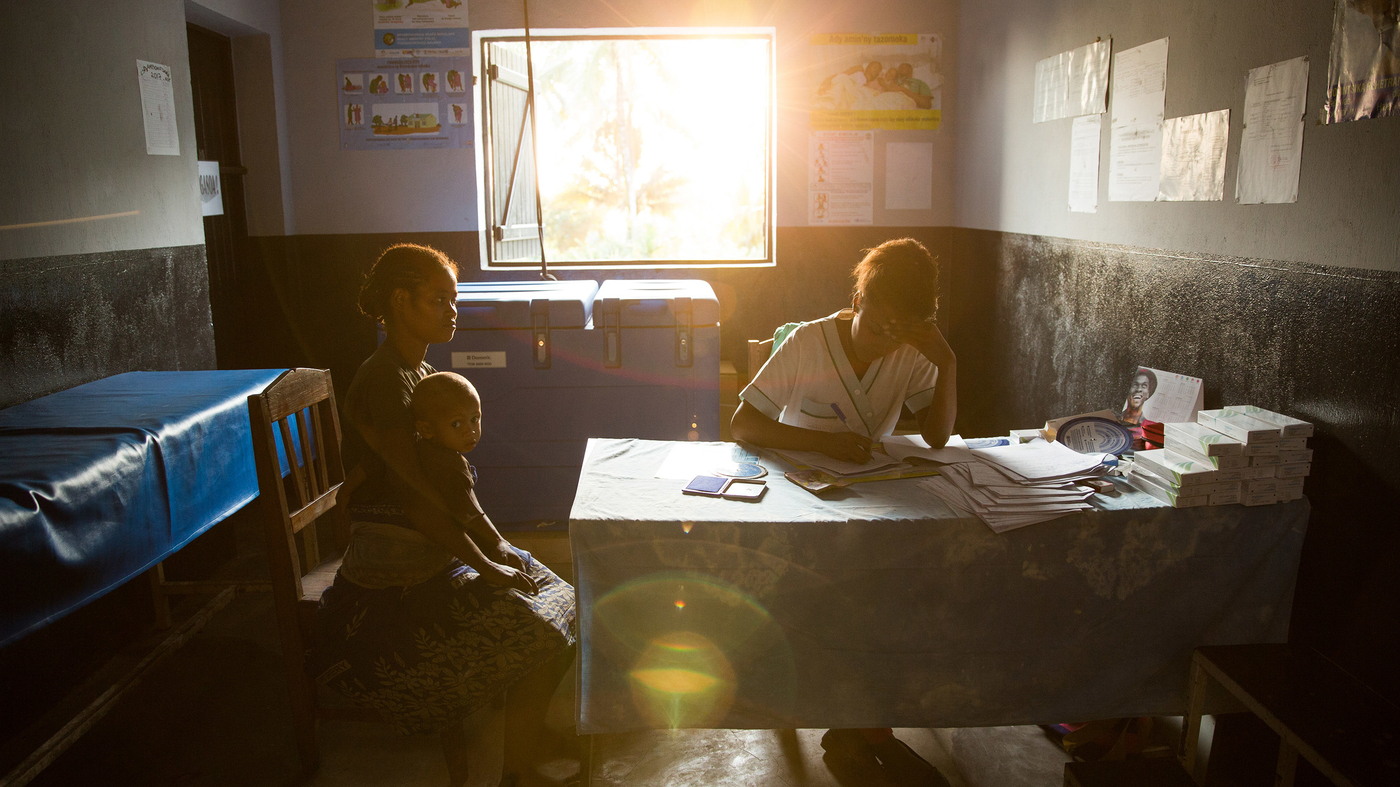 A patient talks with a nurse at a traveling contraception clinic in Madagascar run by MSI Reproductive Choices, an organization that provides contraception and safe abortion services in 37 countries. The group condemned the overturn of Roe v. Wade and warned that the ruling could stymie abortion access overseas.

How will the overturn of Roe v. Wade affect abortion rights and access outside the U.S.? Groups that are opposed to abortion have welcomed the decision, including the Family Resource Council, which has called it “a major victory for life.” But many global reproductive and women’s rights groups are condemning the decision and warn that the U.S. overturning of the constitutional right to abortion will have far-reaching effects around the globe. Here’s a sampling of reactions: ‘More unsafe abortions will occur around the world’ In a statement, UNFPA, the United Nations’ sexual and reproductive health agency, reminds the public that 45% of the world’s abortions are unsafe — and a leading cause of maternal death. The agency, which supports reproductive health care for women and youth in more than 150 countries, believes that the U.S. Supreme Court decision may spur other countries to follow suit: “Almost all unsafe abortions currently occur in developing countries, and UNFPA fears that more unsafe abortions will occur around the world if access to abortion becomes more restricted. Decisions reversing progress gained have a wider impact on the rights and choices of women and adolescents everywhere.”

‘One of the leading causes of preventable maternal death’ FIGO, the International Federation of Gynecology and Obstetrics, released a statement that, like the UNFPA comment, underscores the toll of unsafe abortions: “Lack of access to safe abortion care is one of the leading causes of preventable maternal death and disability. Each year, 47,000 women in the world die as a result of unsafe abortion and an estimated 5 million are hospitalized for the treatment of serious complications such as bleeding or infection.” More than 100 global health-care groups in countries from Azerbaijan to Zimbabwe signed on to the statement. ‘This vote may embolden the anti-choice movement’ Sarah Shaw, global head of advocacy for MSI Reproductive Choices, a group that provides contraception and safe abortion services in 37 countries, issued a statement describing ways the decision may stymie abortion access abroad, raising the example of past U.S. bans on funding international groups that discuss abortion with patients. (Reproductive rights groups often refer to these bans as the “Global Gag Rule.’) “As a global abortion provider, we know that the impact of this decision will also be felt around the world. From the Global Gag Rule to U.S.-funded anti-choice groups who harass women outside our clinics and lobby governments to restrict access, decisions made in the U.S. have an impact far beyond their borders.”
Shaw also sounded a note of resistance: “But while this vote may embolden the anti-choice movement around the world, it has also motivated the global community to reassert the right to choose.” ‘Banning abortion does not mean fewer abortions’ Dr. Alvaro Bermejo, director-general of the International Planned Parenthood Federation, said his group, which provides safe abortion, contraceptives, sex education and maternal care among other health needs in over 146 countries, does not believe the Supreme Court decision will lead to a reduction in the number of abortions. “We know for a fact that banning abortion does not mean fewer abortions and that when abortion bans are enacted, women and pregnant people die, as we have seen across the globe, most recently in Poland [where a near-total ban on abortion took effect in 2021]. We also know that those who cannot access safe abortion care legally, including medical abortion pills, will be forced into unregulated and unsafe methods, potentially resulting in serious harm or even death and costing lives for decades to come.”