How green became the color of the abortion rights movement 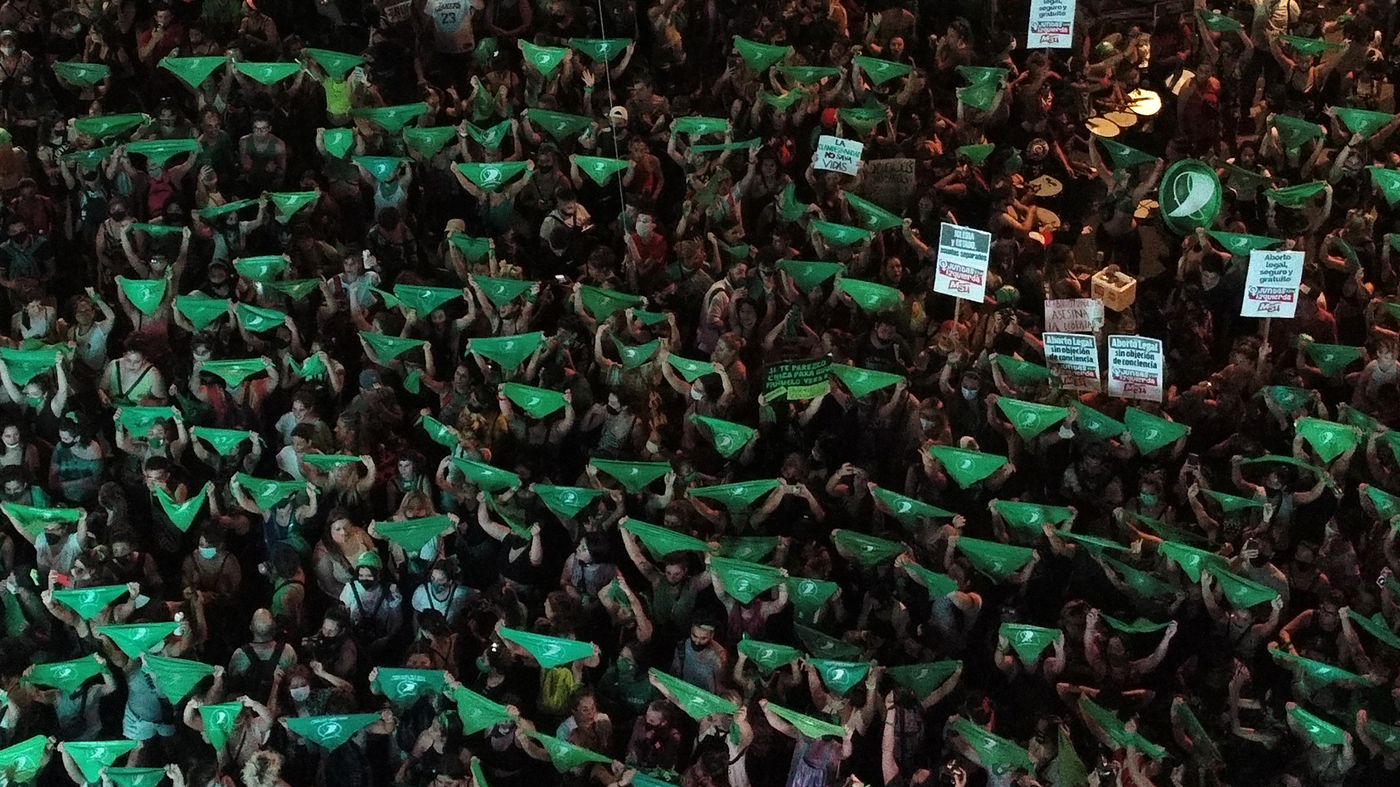 Protests for abortion rights around the world are often awash in the color green – handkerchiefs, scarves, protests signs and more. The shade associated with the reproductive rights movement can be traced back nearly two decades, to Argentina, where a growing number of activists were pushing for the government to legalize abortion.

Marta Alanis, the founder of the Argentinian branch of the group Catholics for the Right to Decide, told the French newspaper Le Monde that the green handkerchiefs protesters adopted were a reference to the white scarves used by women whose children were “disappeared” by the country’s military dictatorship in the late 1970s and early 1980s. Alanis said green was a “symbol of hope, health, life.” Giselle Carino, CEO of Fòs Feminista, an international women’s health organization, said in a post last year that the movement that began in Argentina has helped win abortion rights across the globe. “As an Argentinian woman, I’ll never forget what it was like to march through the streets of Buenos Aires with thousands of women and girls in pañuelos verdes (green handkerchiefs), fighting for our human right to safe and legal abortion,” Carino said.

“I didn’t yet know that these demonstrations would inspire an international movement that continues to grow in size and strength to this day.”

Demonstrators display green headscarves outside the Argentine Congress in 2020. The color green has become a symbol of abortion rights around the world.

Argentina legalized abortions in 2020, and the so-called Green Wave continued to spread to other countries where advocates were pushing for the protection or legalization of abortion rights, including Colombia and the U.S. “It’s a great honor, personally and collectively, that green is now being taken up in the United States,” Alanis said.
…