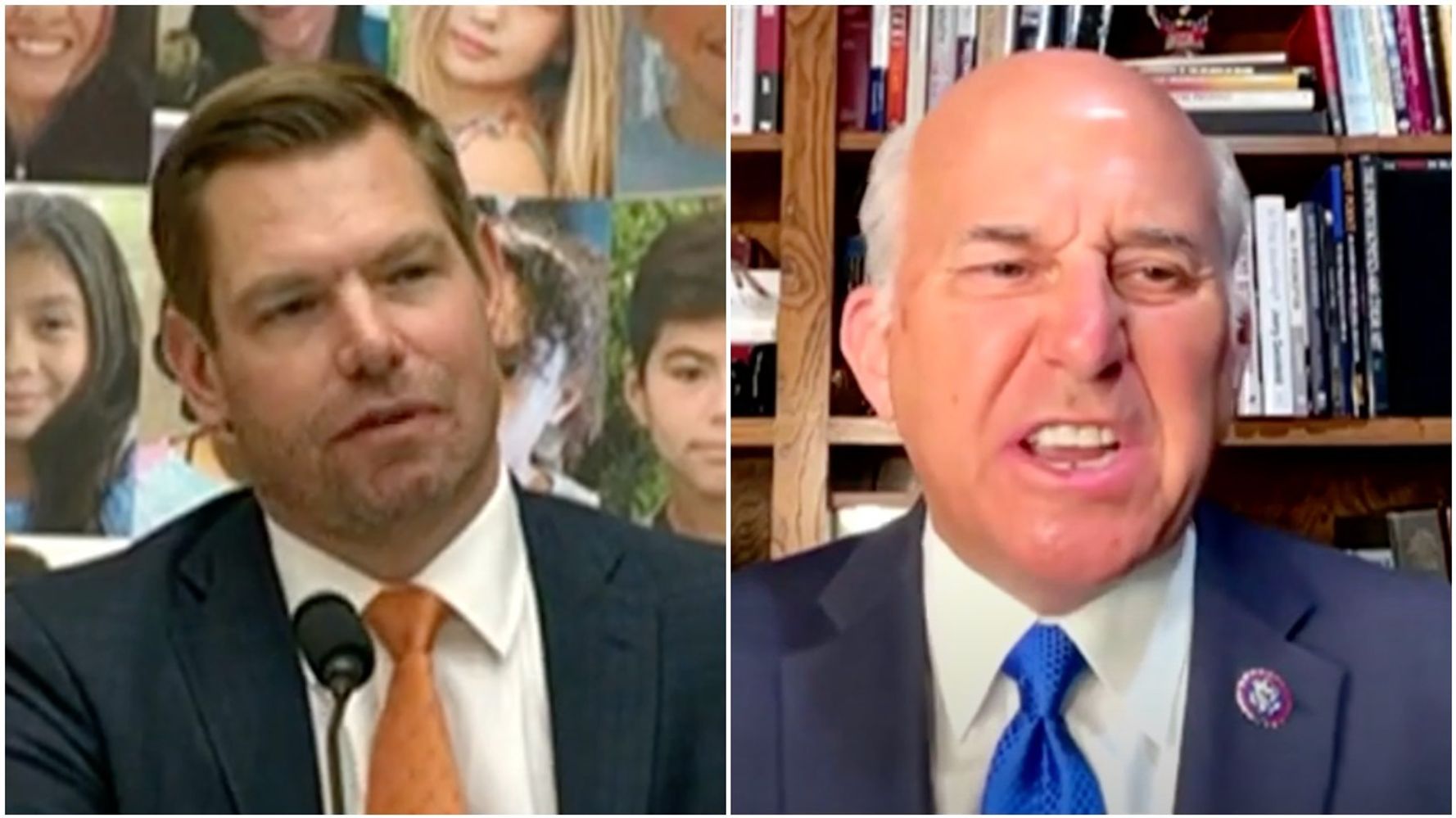 Apparently, the only thing that makes Rep. Louie Gohmert (R-Texas) madder than gun control is when the GOP’s inaction after school shootings is called out on the House floor.The Texas congressman took great umbrage at comments made by Rep. Eric Swalwell (D-Calif.) during a House Judiciary Committee hearing Thursday regarding legislation that would raise the age limit for purchasing semi-automatic rifles from 18 to 21. AdvertisementSwalwell went scorched earth and bluntly asked his Republican colleagues, “Are you here for our kids, or are you here for the killers?” “Because if you were here for the kids, you would do all you could to protect the next school shooting that’s about to happen, and we know it’s gonna happen in America,” he said.“You would vote to raise the age on purchasing an assault rifle, you would vote to ban high-capacity magazines, you would vote to require safe storage and you would vote to address ghost guns, which are ravaging communities across America,” the lawmaker continued. “But if you’re here for the killers, you would do everything to make it easier for the next school shooting to happen.”After Swalwell spoke, Gohmert ― who appeared at the hearing remotely ― spoke up and, spoiler alert, he seemed a tad miffed.Advertisement“How dare you? You think we don’t have hearts,” Gohmert said. “We care about people. We care about their lives and lives that have been so trivialized. We care deeply. How dare you? How dare you? You arrogant people attributing murder to those of us who want to do something to stop it.”You can see Swalwell’s speech and Gohmert’s reaction below.[embedded content]After Gohmert tried to own the libs by noting that the major cities with the highest murder rates are run by Democrats, Rep. Mary Gay Scanlon (D-Pa.) than pointed out that one reason why Philadelphia’s homicide rate is high is because Republican legislators in her state have blocked city leadership from implementing gun control measures.Rep. Mary Gay Scanlon responds to Gohmert blaming Dems for Philadelphia’s homicide rate by pointing out that Republican legislators in the state have blocked city leadership from implementing gun control measures pic.twitter.com/BJn65JBnyc— Aaron Rupar (@atrupar) June 2, 2022

Many Twitter users had a strong reaction to Gohmert’s griping.AdvertisementBREAKING: Congressman and seditionist Louie Gohmert angrily responded to questioning of the GOP’s inaction on gun control with “You think we don’t have hearts?” Oh, Louie, that’s ridiculous. We also don’t think you have brains or spines.— Steve Hofstetter (@SteveHofstetter) June 2, 2022

Fun fact: after the Capitol was ransacked by insurrectionists, Louie Gohmert sued the Sergent at Arms to block metal detectors.He also has a bill to allow guns to be carried on the House floor. He’s a nutjob. https://t.co/lFNVwUyFns— Sawyer Hackett (@SawyerHackett) June 2, 2022