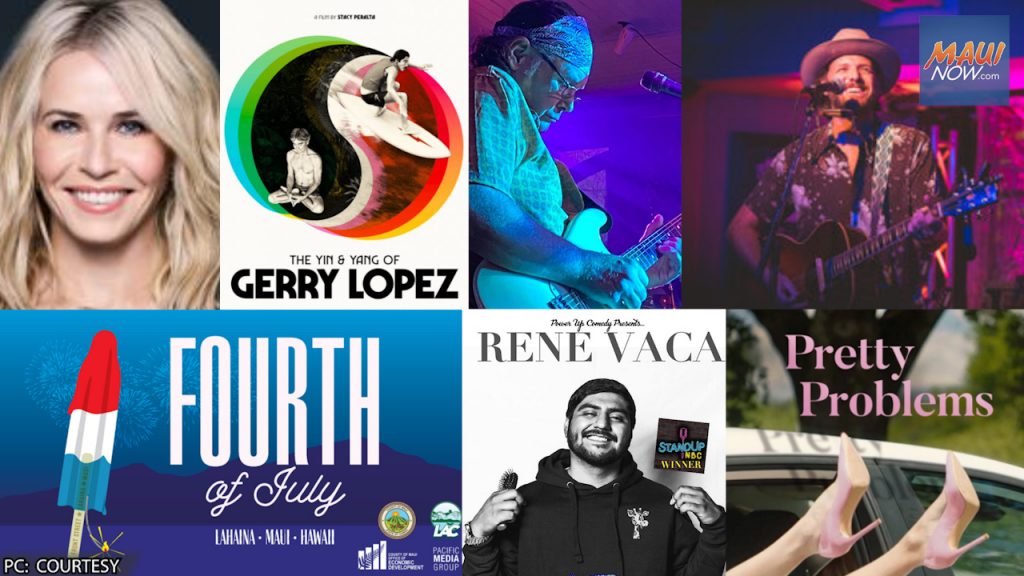 For a list of upcoming events, concerts, shows and entertainment from June 30 to July 6, find our comprehensive listing here.

Her humor and candor have established her as one of the most celebrated voices in entertainment and pop culture. After a strong seven-year run as the host of E!’s top-rated “Chelsea Lately,” a tenure in which Handler was the only female late-night talk show host on-air, she launched her documentary series “Chelsea Does,” followed by her talk show “Chelsea on Netflix” in 2016. She has penned six best-selling books, five of which have reached #1 on the New York Times bestseller list, including 2019’s “Life Will Be the Death of Me.”

The MACC Box Office windows are currently closed for window sales but open for pre-show, will-call tickets pick up only. Use of print-at-home ticketing is recommended. The MACC Box Office is accessible for inquiries only via email at [email protected] or phone at 808-242-7649, Tuesday through Friday, 10 a.m. to 4 p.m.