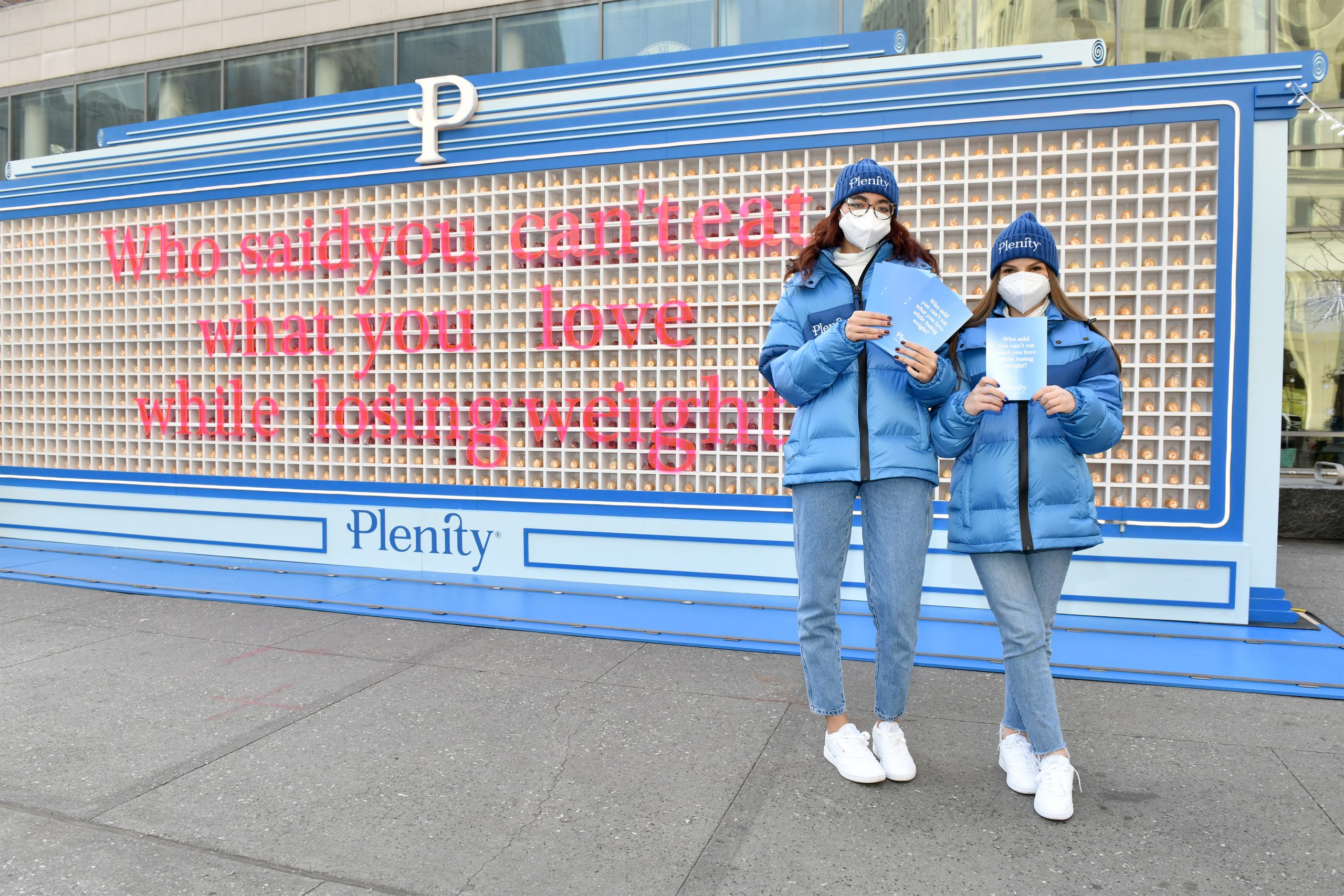 First came the “edible billboard,” which appeared last year during the holidays in New York’s East Village loaded with cake treats. Then, in late January, came the national marketing campaign, with TV and digital media promoting the idea that trying to lose weight doesn’t mean a person can’t enjoy eating.

Those advertising messages are pushing a product named Plenity as a potential liberation from dieters’ woes. It’s a $98-a-month weight loss treatment that looks like a drug: Patients take three capsules twice a day. But it isn’t a drug. And its success in racking up lost pounds, on average, is modest.

Plenity is FDA-approved as a device, one that contains sugar-sized grains of a plant-based, absorbent hydrogel. Each grain swells to 100 times its size, cumulatively filling about a quarter of a person’s stomach. The three capsules containing them must be taken with two cups of water at least 20 minutes before eating. The gel is not absorbed and eventually exits the body in stool.

The treatment is also generally not covered by insurance.

“We thought we would price it low enough that most consumers can pay out-of-pocket,” said Dr. Harry Leider, chief medical officer and executive vice president of Gelesis, the maker of Plenity.

Although far less costly than some other prescription weight loss treatments, it still “isn’t affordable for someone in the low-income bracket,” said Jena Shaw Tronieri, an assistant professor and director of clinical services at the University of Pennsylvania’s Center for Weight and Eating Disorders.