Polio found in U.K. for the first time in nearly 40 years. Here’s what it means 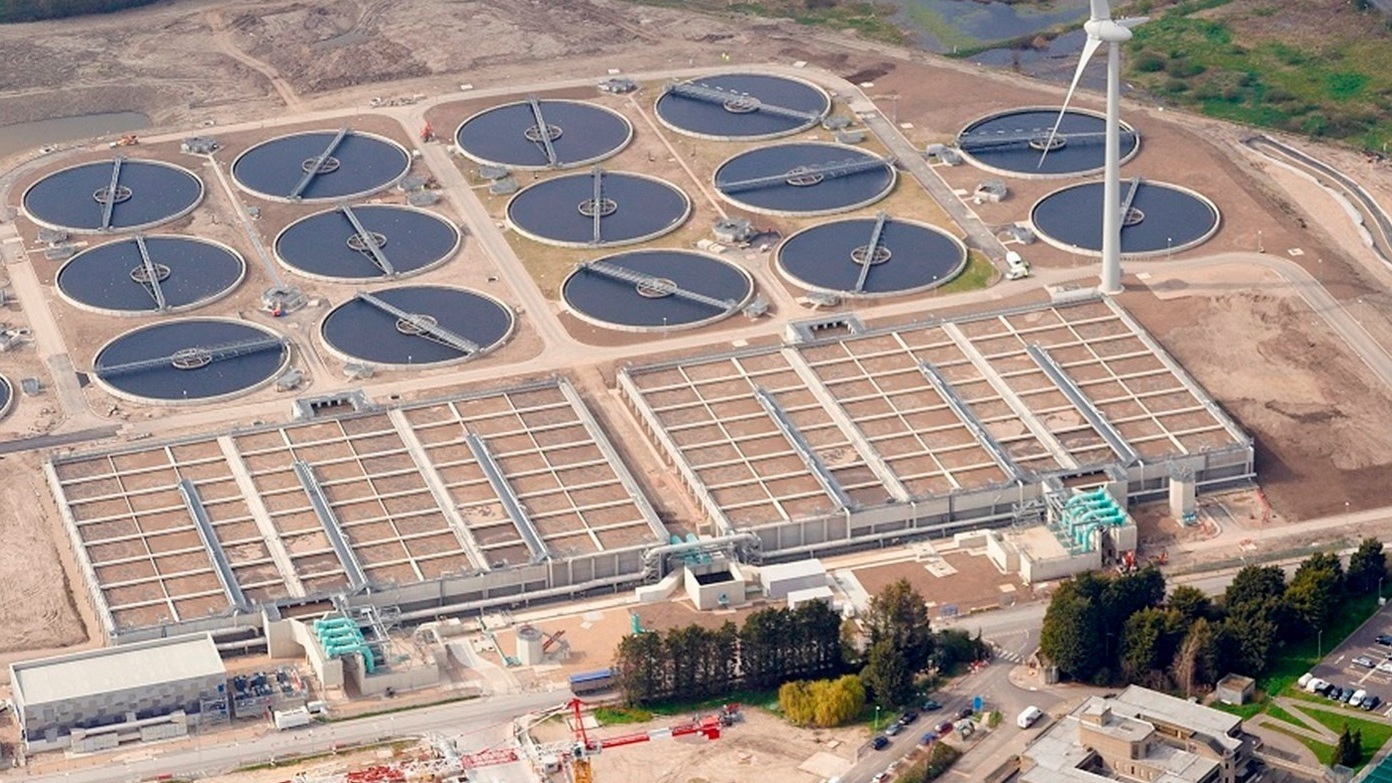 Aerial view of the Beckton Sewage Treatment Works in London. Between February and May, U.K. scientists found several samples containing closely related versions of the polio virus in wastewater at the plant.

For the first time in nearly 40 years, health officials in the U.K. have identified a likely outbreak of polio in London. So far, there have been no cases of polio detected directly in the U.K. But instead, scientists have discovered the outbreak through an indirect route. They’ve found multiple versions of the virus in sewage water, the U.K. Health Security Agency said Wednesday in a press release. The risk to the general public is extremely low, the agency said, because the vast majority of people in Britain are vaccinated against polio during childhood – and therefore protected against infection. But the agency encourages anyone not fully immunized to schedule an appointment right away. Between February and May, U.K. scientists found several samples containing closely related versions of the virus in wastewater at the London Beckton Sewage Treatment Works – the largest water treatment plant in the U.K. The viruses’ genetic sequences suggest “there has been some spread between closely linked individuals in north and east London,” the UKHSA said.

People infected with polio, or who have been vaccinated with a live version of the virus, shed traces of the virus in their stool – which eventually end up in sewage wastewater. So the current hypothesis is that an infected person brought the virus into London and then spread it to others who weren’t immunized.

“It sounds like the outbreak is very small,” says virologist Angela Rasmussen, who studies polio at the University of Saskatchewan in Canada. “The outbreak could be within an extended family. Transmission would require a concentration of people who had not yet been vaccinated.” Scientists in England are quickly expanding surveillance of sewage samples to try and pinpoint where the outbreak occurred and whether it’s still ongoing so they can stop it with targeted immunization. “We are urgently investigating to better understand the extent of this transmission,” said epidemiologist Vanessa Saliba, who consults for the UKHSA, in the statement. Polio causes permanent paralysis in people who are not fully vaccinated in about 5 out of every 1,000 cases. Polio spreads through the fecal-oral route. That is, when a person accidentally consumes infected stool. The last case of polio in the U.K. occurred in 1984. The U.K. was declared free of polio in 2003.
The pandemic has given polio the opportunity to come surging back in many countries, Rasmussen says, because it disrupted childhood vaccination programs around the world. “My biggest concern is the fact that there is a larger population now that hasn’t been vaccinated on schedule,” Rasmussen says. “I think that applies everywhere. And that’s because of the SARS-CoV-2 pandemic.”

Back in 2016, the world recorded only a few dozen polio cases across four countries. From 2019 to 2020, the number of polio cases worldwide almost tripled, NPR reported in April, resulting in more than a thousand known cases spread across nearly 30 countries. Last year, the world recorded more than 600 cases of polio. Here in the U.S., polio immunization is part of the routine vaccination schedule for babies and children. The Centers for Disease Control and Prevention recommends they receive four doses of the inactivated polio vaccine. One shot each at 2 months, 4 months, 6 months and then at 4 to 6 years old. “If you’re not up to date on your polio vaccine, now’s the time to go out and get up to date,” Rasmussen says.
…