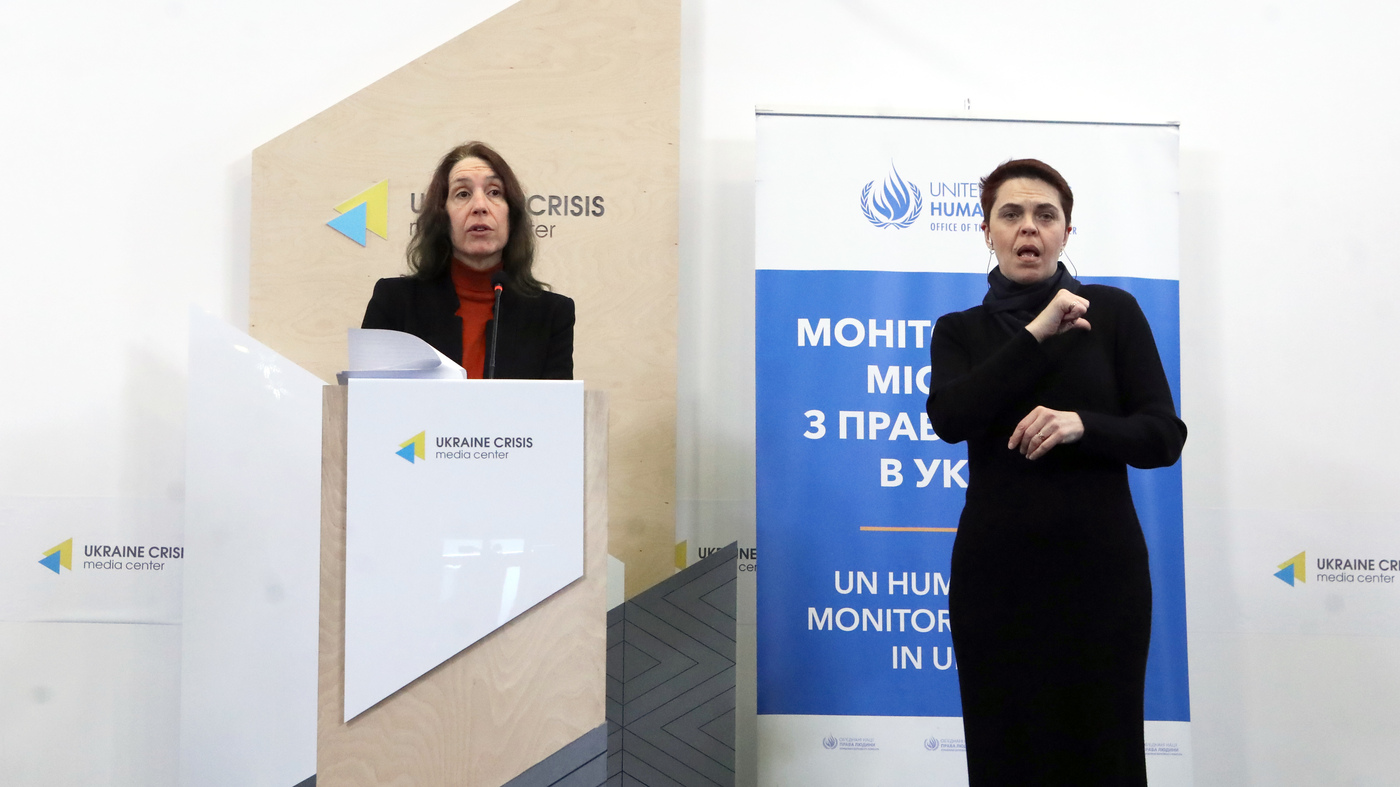 Iryna Andrusha (left) and Kateryna Andrusha, sister and mother, respectively, of Ukrainian school teacher Viktoria Andrusha, who was taken by Russian forces from the village of Novyi Bykiv in late March.

Editor’s note: This story includes descriptions of violence. NOVYI BYKIV, Ukraine — She is fair, and she is stubborn. Those are the words Viktoria Andrusha’s mother and sister use to describe her. Russian soldiers took the 25-year-old Ukrainian teacher away in late March. Andrusha and her three older sisters grew up in the village of Novyi Bykiv, about 60 miles east of Kyiv. After graduating college, she taught middle school math in Brovary, a suburb closer to the capital. Bombs started falling in Brovary almost as soon as the war began. So she went to stay with her parents back in Novyi Bykiv, thinking it would be safer. But no. On Feb. 27, Russian soldiers invaded the village. They came to Andrusha’s home a month later. Based on some pictures and messages they found on her phone, they accused Andrusha of informing the Ukrainian army about Russian troop movements. And they took her away. She is still missing. United Nations human rights workers documented over 200 cases of enforced disappearances of civilians between February, when the Russians launched their invasion, and late May. Mainly the perpetrators are Russian military or affiliated armed groups.

NPR spoke to five Ukrainian civilians who had been detained by Russian soldiers, transported across the Russian border and held in the same two facilities for several weeks in March, April and/or May. The first facility was a tent camp in Glushkovo, Russia. The second was a jail in Kursk, 250 miles from the Ukrainian border. Now back home, the interviewees shared parallel stories of violence and humiliation. They came forward to speak to the media, despite fear of retaliation, because they wanted to help Andrusha’s family. She was seen in both places. And those who didn’t see her heard rumors about the brave teacher from Brovary. “On the day they left, she just came up to me, kissed me, and she asked for warm socks,” says her mother, Kateryna Andrusha, with tears in her eyes. “And then she asked the soldiers’ permission to say goodbye to her father.”