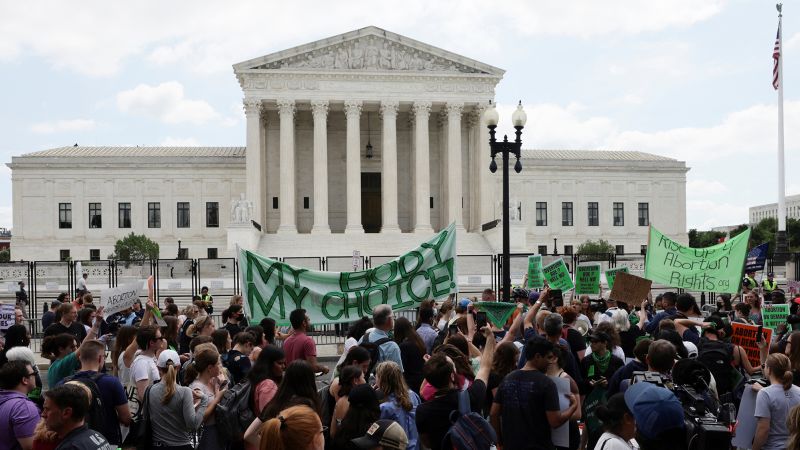 Editor’s Note: This is an updated version of a story that originally ran on May 14, 2022.

The overturning of the landmark 1973 Roe v. Wade ruling by the US Supreme Court comes at an economic cost to the nation, economists have warned.

Friday’s decision to end the federal constitutional right to an abortion is widely thought to be more ideologically and politically motivated, rather than driven by an attempt to protect women from worse personal and financial outcomes. Those might include financial hardship, restricted ability to attain a higher education and move up the socio-economic ladder, as well as overall poorer health care for women reliant on clinics for preventative care. All of this would affect the state of the workforce, economic output and increase the need for government support, economists say.

“This decision will cause immediate economic pain in 26 states where abortion bans are most likely and where people already face lower wages, less worker power, and limited access to health care,” said Heidi Shierholz, president of the Economic Policy Institute, in a statement released Friday. “The fall of Roe will be an additional economic barricade.”

The consequences are likely so extensive and far-reaching that it is hard to quantify them, said Jason Lindo, professor of economics at Texas A&M.

Taking away a woman’s right to choose if and when she has a child has serious consequences for her career and economic circumstances, Lindo told CNN Business.