After decades of opposing the Taliban, India may be forming a relationship with them 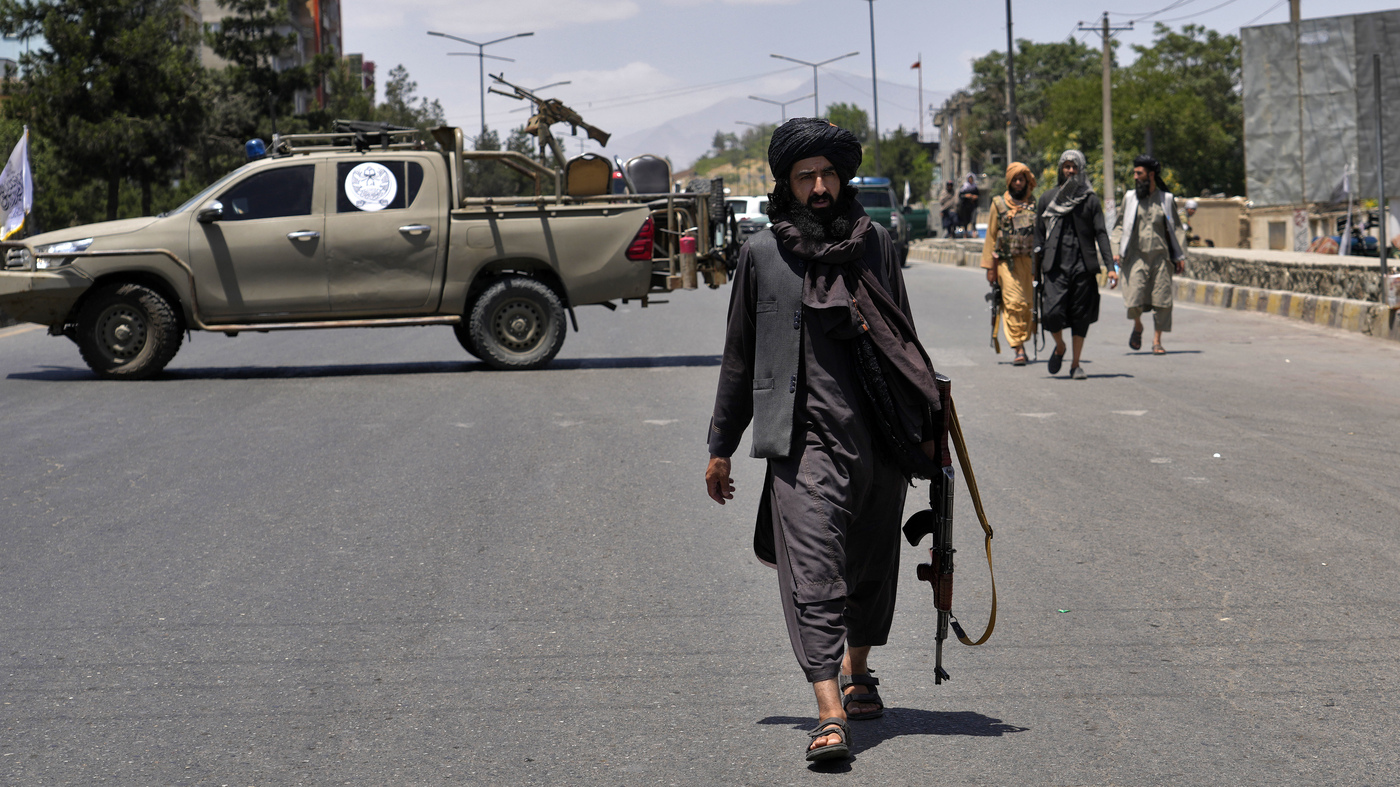 Taliban fighters guard the site of an explosion in Kabul, Afghanistan. Last month, several explosions and gunfire ripped through a Sikh temple in Afghanistan’s capital.

A year ago, India was not happy about the state of affairs in Afghanistan. The U.S. was negotiating its exit, the Taliban was consolidating power, and decades of India supporting anti-Taliban forces was evaporating. But just last month, Indian officials went to Kabul to meet with Taliban leaders. India has also partially reopened its embassy in Kabul to coordinate humanitarian aid. So, why is India reopening dialogue with the Taliban now? Asfandyar Mir, an expert in international relations and counterterrorism at the U.S. Institute of Peace, says that the interests for all parties involved have a long and complicated history. He joined All Things Considered to explain the dynamic between India, the Taliban, and Pakistan, as well as India’s interests in providing aid to Taliban-controlled Afghanistan. This interview has been edited for length and clarity. Interview Highlights On what the meeting between Indian and Taliban officials last month focused on In recent weeks, the Taliban have been making a series of public moves to India, which was really an unlikely prospective partner country, given that the Taliban have been allied with Pakistan, which is an arch rival of India. So in many ways, this is a stunning development.

There are some real tensions between the Taliban and the Pakistani government. For one, the Taliban have taken a position which is contrary to Pakistan’s expectation on the international border between Afghanistan and Pakistan.

Another reason is that the Taliban are protecting one of the most significant anti-Pakistan insurgent groups, by the name of the Tehrik-i-Taliban Pakistan, also known as the TTP. So, watching that, the Indian policymakers seem to have concluded that perhaps there is enough distance between their arch-rival Pakistan and the Taliban, that the Taliban after all are not a mere proxy of the Pakistanis, and that there might be some room for them to forge a working relationship with the Taliban. On why the Taliban would turn to India for help now For years, they [Taliban] bemoaned India’s support for the former Afghan government republic. And then India’s embassy was blown up by the Taliban in 2008. So there was a lot of bad blood between the two sides. So the question is, why are the Taliban so interested now? And economics might be one big reason. The Taliban are really struggling to govern the country. The fact that they are not diplomatically recognized is making it difficult for them to just fund their government: it’s short on resources, there’s a humanitarian crisis in the country, there are issues of food security.

Policemen attend a ceremony to receive new uniforms from the Taliban authorities in Kandahar in July.