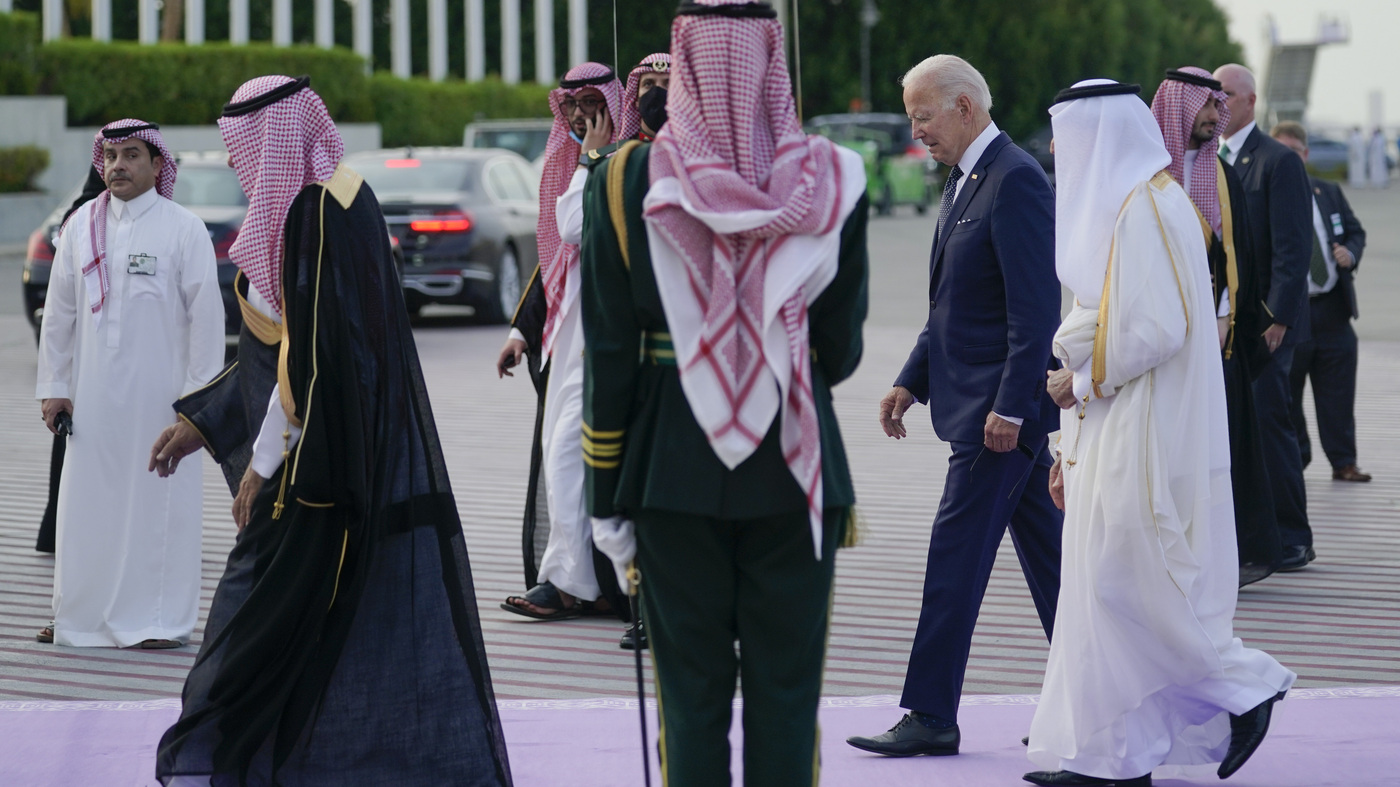 JEDDAH, Saudi Arabia — President Joe Biden on Saturday will lay out his strategy for the Middle East as he closes out of the final leg of a four-day trip meant to bolster U.S. positioning and knit the region together against Iran. In the Red Sea port city of Jeddah, Biden will meet with heads of state from six Arab Gulf countries, plus Egypt, Jordan and Iraq for a regional summit. Hours before the Gulf Cooperation Council summit, the White House released satellite imagery that indicates Russian officials have twice visited Iran in recent weeks for a showcase of weapons-capable drones it is looking to acquire for use in its ongoing war in Ukraine.

None of the countries represented at the summit have moved in lockstep with the U.S. to sanction Russia, a key foreign policy priority for the Biden administration. If anything, the UAE has emerged as a sort of financial haven for Russian billionaires and their multimillion-dollar yachts. Egypt remains open to Russian tourists. Release of the satellite imagery — which shows Russian officials visited Kashan Airfield on June 8 and July 15 to get a look at the drones — could help the administration better tie the relevance of the war to many Arab nations own concerns about Iran’s nuclear ambitions and other malign activity in the region.

A senior Biden administration officials, who briefed reporters ahead of the summit, said that Moscow’s efforts to acquire drones from Tehran show that Russia is “effectively making a bet on Iran.” The gathering of leaders comes a day after he championed steps toward normalizing ties between Israel and Saudi Arabia, and sought to rebuild cooperation with the Saudi king and crown prince after once promising to make the kingdom a “pariah” for its human rights abuses. When he speaks to the Gulf Cooperation Council and its Arab allies, the White House said, Biden will offer his most fulsome vision yet for the region and how the U.S. can cooperate with it. The Biden administration is also set to announce at the summit $1 billion in food security assistance for the Middle East and North Africa, according to the administration official. His first Middle East trip comes 11 months after the chaotic U.S. withdrawal from Afghanistan, and as Biden aims to reprioritize the U.S. away from the Middle East’s ruinous wars and ongoing conflicts stretching from Libya to Syria. “It’s a strategy fit for purpose for 2022 as opposed to the two decades of major land wars that the U.S. fought in this region over the course of the 2000s,” Biden national security adviser Jake Sullivan told reporters in a preview of the speech.

Energy prices — elevated since Russia’s invasion of Ukraine — were expected to be high on the agenda. But Biden aides tempered expectations that he would leave with a deal for regional producers to immediately boost supply. “I suspect you won’t see that for another couple of weeks,” Biden told reporters late Friday. At the summit, Biden was set to hear a chorus of concern about the region’s stability and security, as well as concerns about food security, climate change and the continued threat of terrorism.
Overall, there’s little that the nine Mideast heads of state agree on when it comes to foreign policy. For example, Saudi Arabia, Bahrain and the United Arab Emirates are trying to isolate and squeeze Iran over its regional …