Biden says the U.S. will work to improve Palestinians’ lives 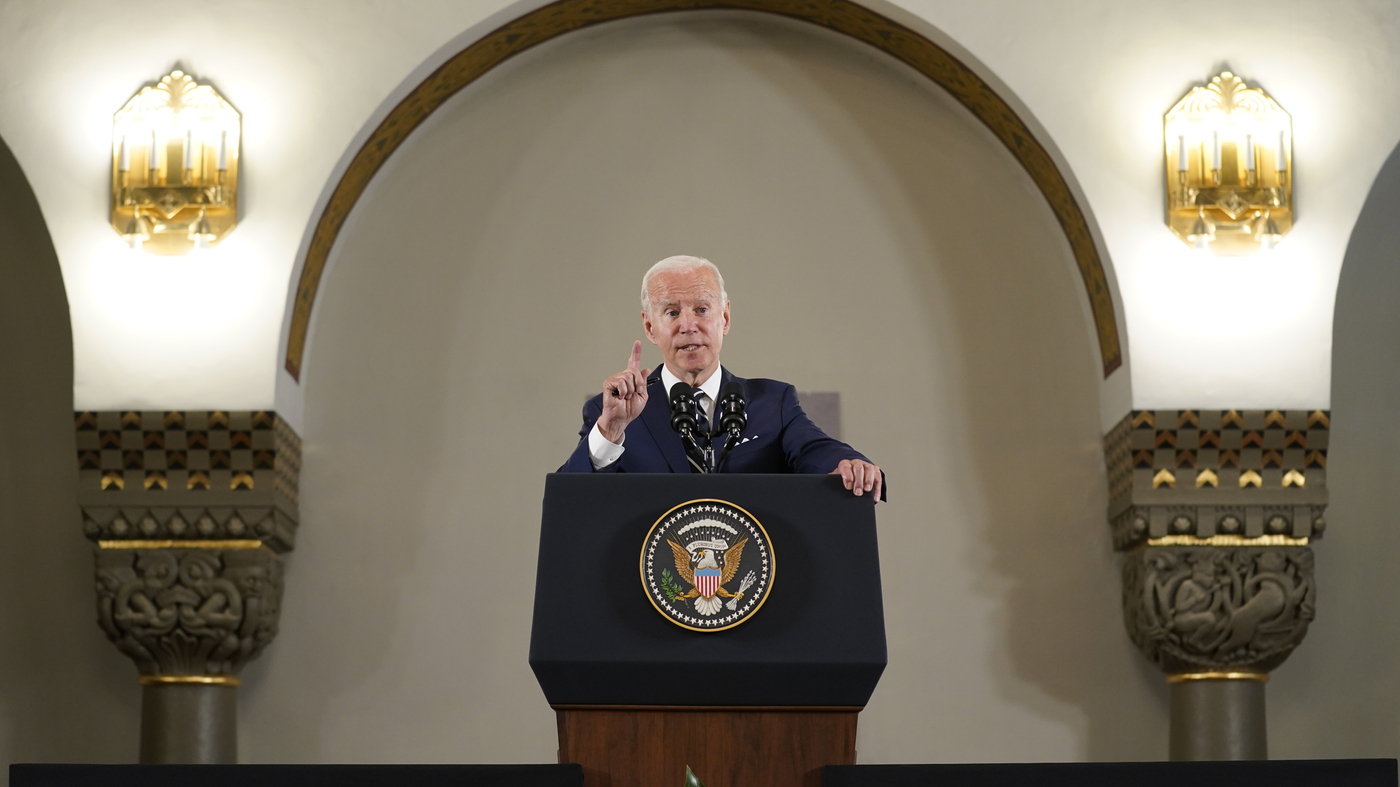 U.S. President Joe Biden speaks at the Augusta Victoria Hospital in east Jerusalem on Friday. Biden announced a U.S. investment of $100 million for a network of hospitals.

President Biden reiterated his commitment to the elusive “two-state solution” — the long-sought vision in which an independent Palestinian state and Israel coexist — on Friday, as he spoke alongside Palestinian leader Mahmoud Abbas in Bethlehem in the occupied West Bank. “The United States and my administration will not give up on trying to bring the Palestinians, Israelis and both sides closer together,” Biden said. He added that he believes that with Israel improving its relations with neighbors in the Middle East, that momentum could “reinvigorate the peace process between the Palestinian people and the Israelis.” But for the time being, both Abbas and Biden acknowledged that the political moment is not yet right for peace talks to resume. In their joint statements, Abbas urged Biden to continue reversing Trump’s policies on aid and other issues, and Biden pledged to help improve the day-to-day lives of Palestinian people. “I know that the goal of the two states seems so far away, while indignities like restrictions on movement and travel or the daily worry of your children’s safety are real, and they are immediate,” Biden said.

Biden noted that he reversed Trump’s decision to cut off Palestinian aid, saying the U.S. provided more than half a billion dollars in 2021. Biden said the U.S. will issue a grant of $100 million for Palestinian health care services and provide $200 million to the U.N. Relief and Works Agency for Palestine Refugees in the Near East (building on $400 million in 2021 aid).

In his own remarks, Abbas asked Biden to reopen the U.S. Consulate in East Jerusalem, remove the PLO from any U.S. terrorism lists, and to pave the way for the PLO to reopen its office in Washington — which was forced to close under Trump. Abbas also urged Biden to stop Israeli settlements and occupation. After 74 years, Abbas said, “isn’t it not the time for this occupation to end and for our steadfast people again to gain their freedom and independence?” Biden met Abbas after spending two days in Israel Biden’s remarks came as he continued his first trip to the Middle East as president. He kicked off the trip wit …