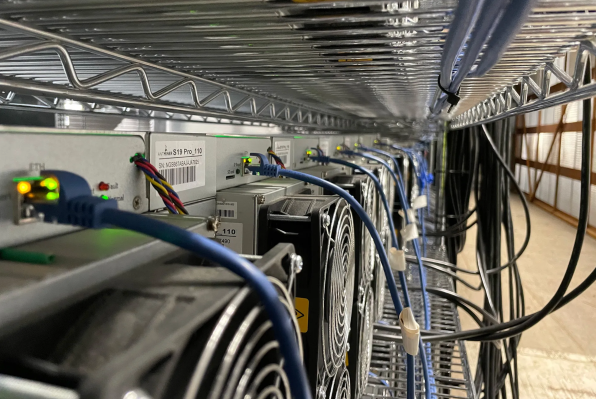 Citing “disturbing” levels of power used by cryptocurrency miners, a group of Democrats led by Sen. Elizabeth Warren is urging the Environmental Protection Agency and the Department of Energy to crack down on the controversial industry.
The letter, signed by four senators and two representatives, calls on regulators to compel cryptominers to disclose their carbon emissions and energy use. Environmentalists have long raised concerns about Bitcoin and other power-hungry, proof-of-stake tokens — and globally, cryptocurrencies are estimated to consume more energy than entire countries, such as Venezuela and Finland.
In the U.S., just seven firms have built more than 1.045 gigawatts of capacity for cryptomining purposes, the report states. “This is enough capacity to power all the residences in Houston, Texas.” The mining farms highlighted in the report are run by Stronghold, Greenidge, Bit Digital, Bitfury, Bitdeer, Marathon and Riot.
Though the crypto winter of 2022 might incentivize some miners to scale back operations, the lawmakers argue the industry at large is poised to grow rapidly and “is likely to be problematic for energy and emissions.” Still, they caution that “little is known about the full scope of cryptomining activity.” Hence their call for more data.
In response to the lawmakers, the companies downplayed the industry as a source of planet-cooking emissions. Nevertheless, they highlighted their individual efforts to curtail emissions and tap into renewable sources.
Marathon pointed to its work “with energy companies to build clean, green, renewable energy resources (e.g., solar and wind) that might not otherwise be built.” However, most of the energy tapped by Marathon currently comes from a coal-burning plant in Hardin, Montana.
Along similar lines, Riot argued that “Bitcoin mining drives more demand for renewable energy than the typical U.S. energy consumer” and spotlighted its use of hydroelectricity in upstate New York. Riot’s operations in Rockdale, Texas, however, feature nearly seven times the capacity and draw power from the state grid. Texas generated most of its energy from nonrenewable sources last year (51% from natural gas and 13.4% from coal).
Speaking of coal, Stronghold told lawmakers that it is “actively working to remediate coal refuse piles and converting coal refuse into energy.” Coal mining waste is an environmental nightmare, and cleaning it up is a good …