Drake Star Partners: Gaming M&A and investments hit 651 deals worth $107B in first half 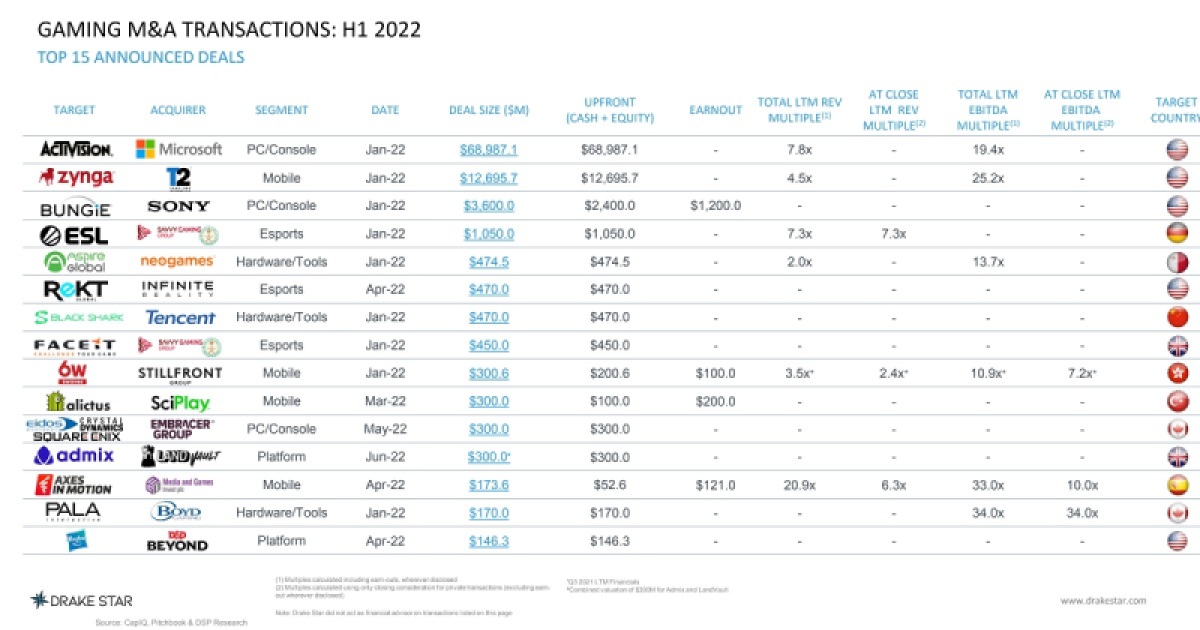 Game companies are still cutting a lot of deals. The first half of 2022 has seen more than 651 deals announced or closed with a disclosed value of $107 billion, according to investment bank Drake Star Partners.

That compares to 635 deals in the first half of 2021 with a total value of $60 billion, said Michael Metzger, a partner at Drake Star Partners, in an interview with GamesBeat. And all of last year saw only $85 billion in deals.

“The outlook has continued to be healthy, considering the continued consolidation,” said Metzger. “Across the board, the buyers are much more focused on profitability than they were before. A lot of them just looked (in the past) at growth even if companies were losing money before. But it’s now much more focused on more quality, with a focus on cash flow than six or 12 months ago.”

Most of that activity ($98.7 billion) occurred in the first quarter, with Microsoft’s $68.5 billion pending acquisition of Activision Blizzard accounting for the bulk of the activity. If you look at the numbers for Q2 compared to Q1, there is an obvious slowdown in the numbers and value of deals.

But Metzger said the second-quarter results show that gaming is holding steady despite a general meltdown in crypto, the broader economy, the stock market, and the tech industry. So far, 2022 has still been the hottest year in gaming with staggering levels of dealmaking compared to past years, Metzger said.