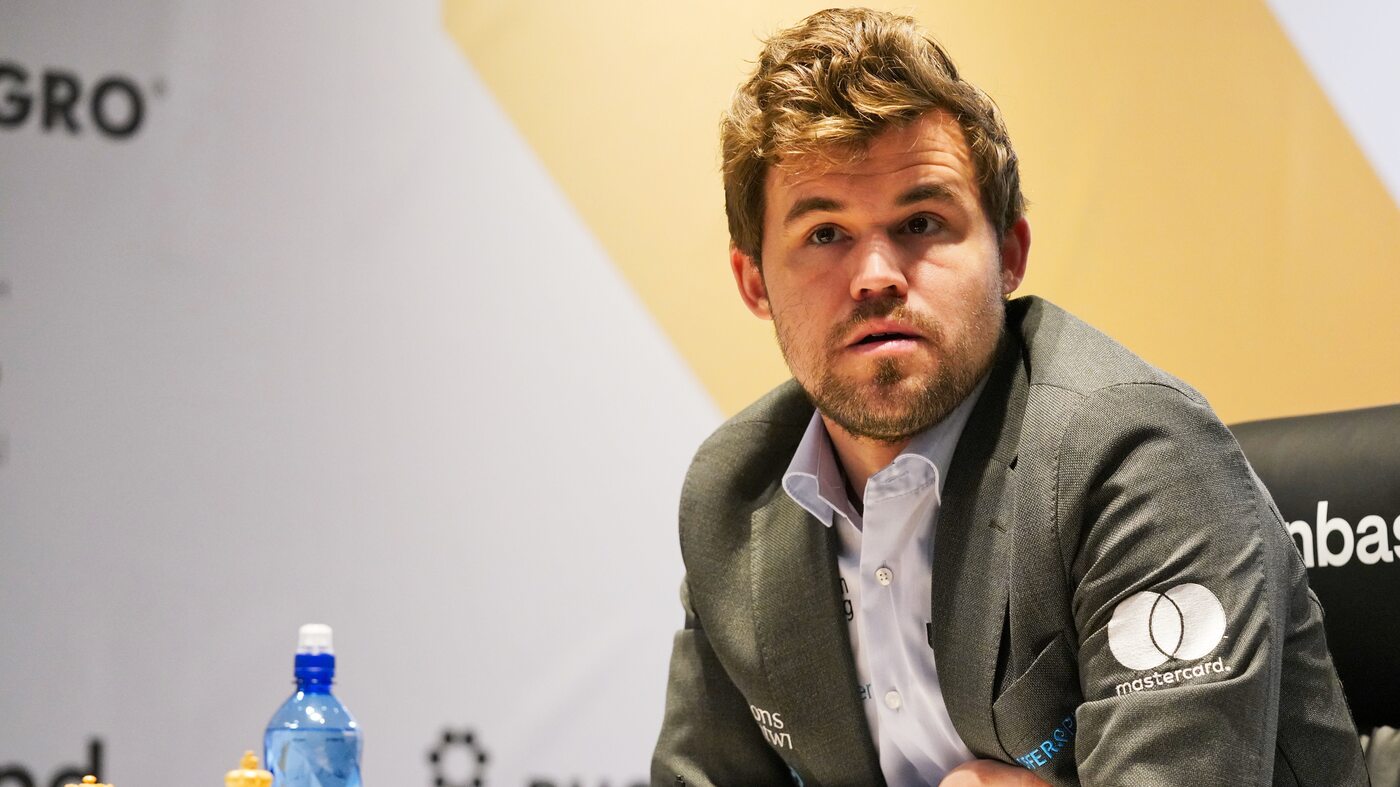 Magnus Carlsen of Norway competes during the FIDE World Championship in in Dubai, United Arab Emirates, on Dec. 10, 2021.

Magnus Carlsen, who has been ranked the No. 1 chess player in the world since 2011, announced Wednesday he will not defend his world championship title. “The conclusion is very simple that I am not motivated to play another match,” the five-time world champion said on his podcast, The Magnus Effect. The championship matches are held every two years and the next is scheduled for 2023. “I simply feel that I don’t have a lot to gain,” Carlsen added. “I don’t particularly like it, and although I’m sure a match would be interesting for historical reasons and all of that, I don’t have any inclinations to play and I will simply not play the match.” Carlsen, a 31-year-old Norwegian native, last won the championship in 2021. Ian Nepomniachtchi won the the Candidates Tournament, which concluded July 5 in Madrid. That event is held ever two years to see who will play against the defending champion for the world title. He was expected to have a 2023 rematch with Nepomniachtchi, who he defeated in the 2021 world championship.

Carlsen said he held a meeting with International Chess Federation (FIDE) President Arkady Dvorkovich and FIDE Director General Emil Sutovsky to tell them he could not defend his title. The pair offered suggestions, Carlsen said, “but ultimately the conclusion stands, one that I’m pretty comfortable with, one that I thought a lot about for a long time now, I would say, more than a year — probably a year and a half almost.” FIDE said Carlsen has not officially pulled out of the championship match. “Magnus Carlsen deserves nothing but respect from FIDE, and from the whole chess community, in whatever decision he makes regarding his career,” Dvorkovich said in a statement Wednesday. “Only a handful of people in history can understand and assess the tremendous toll that it takes playing five matches for the title.”

Carlsen said he only ever had goals to win one world title. He was not motivated during the 2016 world championship match, his third world title, and mostly did so because of others’ expectations. The fourth and fifth titles didn’t mean anything to him, Carlsen said. “It was nothing,” he said. “I was satisfied with the job that I’d done. I was happy not to have lost the match, but that was it.” Carlsen said he is still grateful for the opportunities the world matches have brought him and that he is not retiring from chess.
He will still play this year’s Grand Chess Tour matches in Croatia and St. Louis, Mo., the Chess Olympiad in India and the FTX Crypto Cup in Miami. “I don’t rule out a return [to the world championship] in the future, but I wouldn’t particularly count on it either,” he said.
…