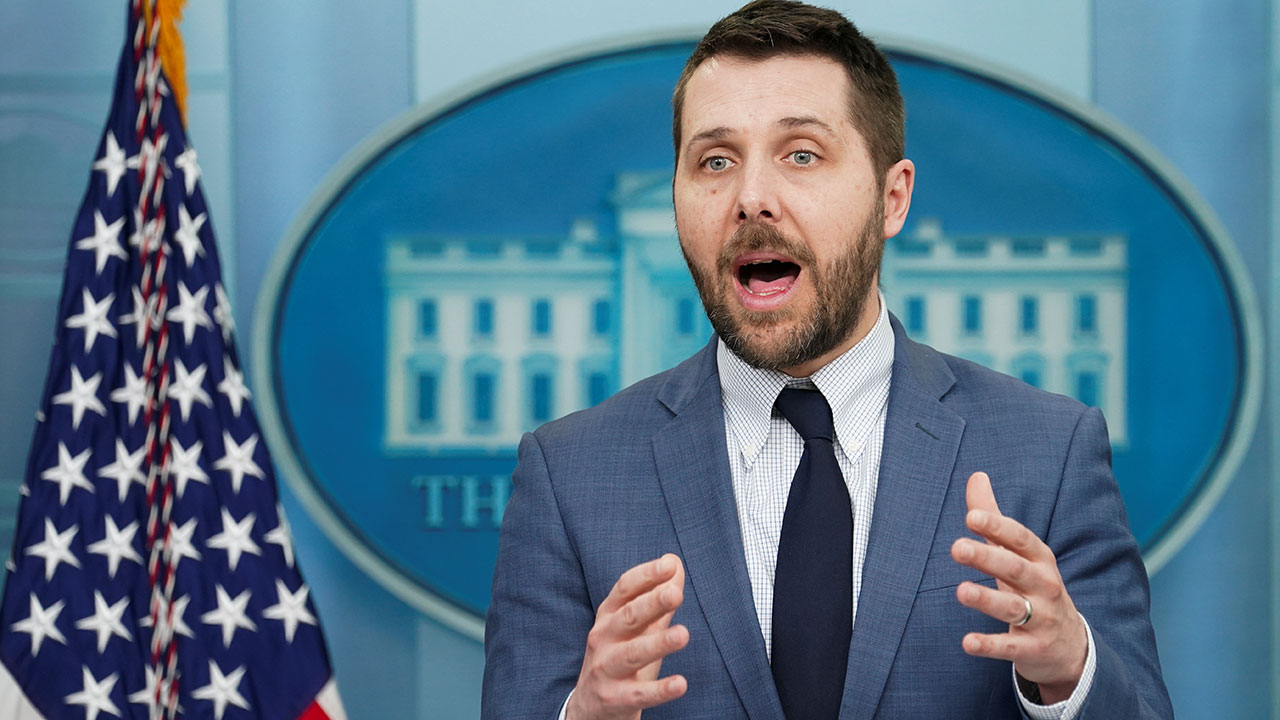 NEWYou can now listen to Fox News articles!
White House economic adviser Brian Deese suggested the pain at the pump was a price Americans had to pay for the “future of the liberal world order,” in a CNN interview on Thursday.”CNN Newsroom” host Victor Blackwell played a clip of President Biden telling a reporter at Thursday’s NATO Summit that Americans can continue to pay a premium for gas “as long as it takes” to win the war in Ukraine.Blackwell asked Deese how the White House would respond to Americans worried that they won’t be able to survive paying close to or over $5 a gallon, potentially for “years” to come.”The military analysts, the Director of National Intelligence say this can be a long war measured in years. I think everybody understands why this is happening. But is it sustainable? What do you say to those families that say, ‘Listen, we can’t afford to pay $4.85  a gallon for months, if not years. This is just not sustainable,'” Blackwell questioned.
The Post found the stickers on gas pumps at a Shell Station.
(J.C. Rice/New York Post)PRESIDENT BIDEN SEEMS TO PRAISE HIGH GAS PRICES AS ‘INCREDIBLE TRANSITION’ AMERICANS MUST GO THROUGHDeese initially responded, “What you heard from the president today was a clear articulation of the stakes. This is about the future of the liberal world order, and we have to stand firm.” The comment caused a stir on social media.Afterwards, the White House official praised President Biden’s actions to lower gas prices as the “good news.””Good news, over the last two weeks, we’ve seen the price of gas at the pump come down about twenty cents but still unacceptably high,” he remarked. Deese explained the temporary federal gas tax holiday, pressure on oil companies, and a potential price cap on Russian oil were measures the president was taking to continue to “bring those prices down.”
White House economic adviser Brian Deese was asked about the Biden administration’s plan to combat high gas prices during “CNN Newsroom” on Thursday. REUTERS/Kevin Lamarque
WASHINGTON POST REPORTER LAMENTS THE ENERGY CRISIS AND HIGH GAS PRICES ‘AREN’T SPURRING A GREEN REVOLUTION’But Blackwell continued to press the Biden adviser on Americans’ dissatisfaction with the administration. He cited an AP-NORC poll finding 69% of Americans disapprove of the job the president is doing on the economy and 85% are unhappy with the direction the country is going.Deese responded that he sympathized with Americans’ “frustrations” but said they needed to remember the Biden administration had made “historic economic progress” and this was a “transition.””And also remind the American people that even as we go through this challenging period, even while we move through this transition, we also have made historic economic progress and that’s not to suggest that people shouldn’t feel the anxiety that they feel,” he began. The Biden official touted how the United States was “better and stronger positioned” to tackle these problems.
U.S. President Joe Biden speaks about inflation and the economy in the South Court Auditorium on the Wh …