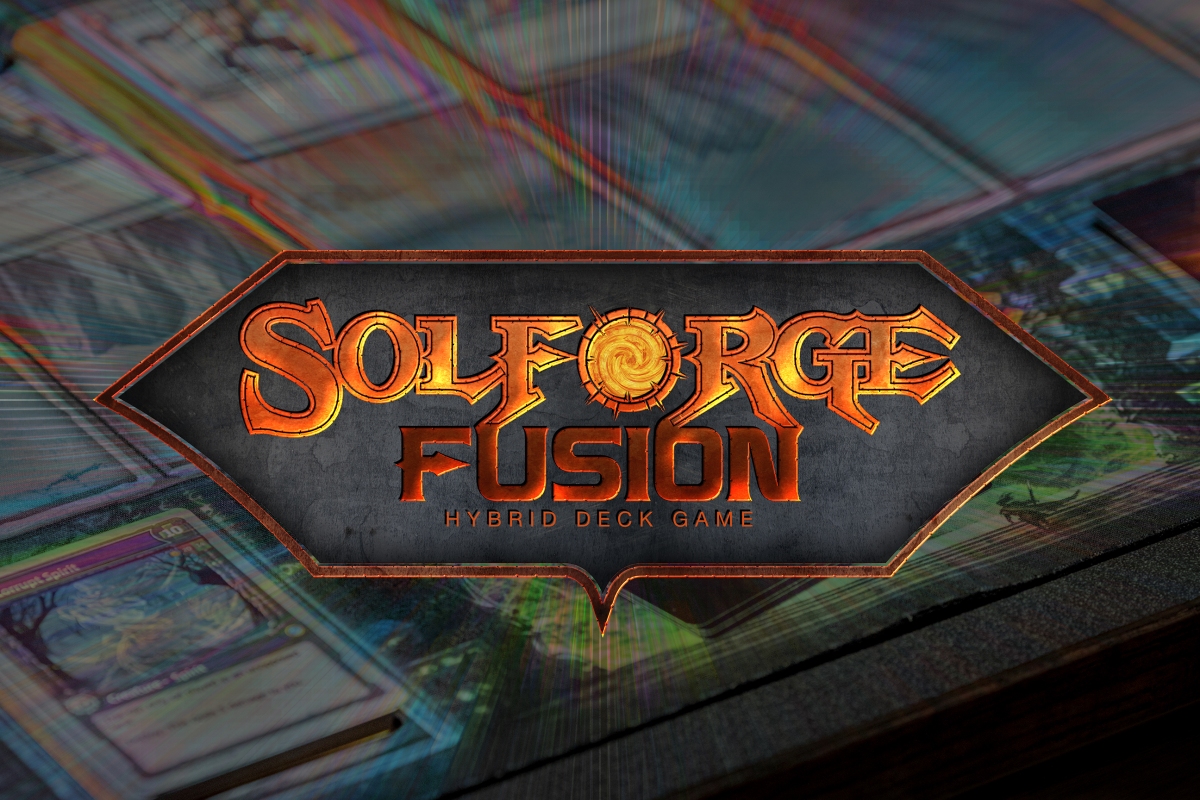 Stone Blade Entertainment announced today the launch date of its upcoming title, SolForge: Fusion. The game, which it describes as a “hybrid deck-building” title, will launch in gaming and hobby stores on September 22.

SolForge: Fusion is the sequel to SolForge, the free-to-play card game Stone Blade launched in 2016. It’s the product of Richard Garfield (creator of Magic: The Gathering) and Justin Gary (CEO of Stone Blade and designer of Ascension: Deckbuilding Game). Garfield and Gary revealed SolForge: Fusion in a Kickstarter project, promising that, thanks to an “algorithmically generated card printing process,” no two Fusion decks would be the same.

Gary said in a statement, “SolForge: Fusion represents the culmination of over a decade of development from Richard [Garfield] and I to create a great game unlike any other. Players can customize truly one-of-a-kind decks to create a unique and compelling experience every time they play, whether in person or online.” Players can also fuse half-decks together to further customize their decks.

Garfield added, “Combining two procedurally generated half-decks gives an easy way to customize your deck and wildly expands the possibilities of a collection. And creating cards by fusing two halves together gives over 15K possible cards in the first set alone, more than were created in the first 20+ years of Magic: The Gathering!”

According to Stone Blade, SolForge: Fusion launches in physical from and in a digital form that can be played on PC via Tabletop Simulator. …