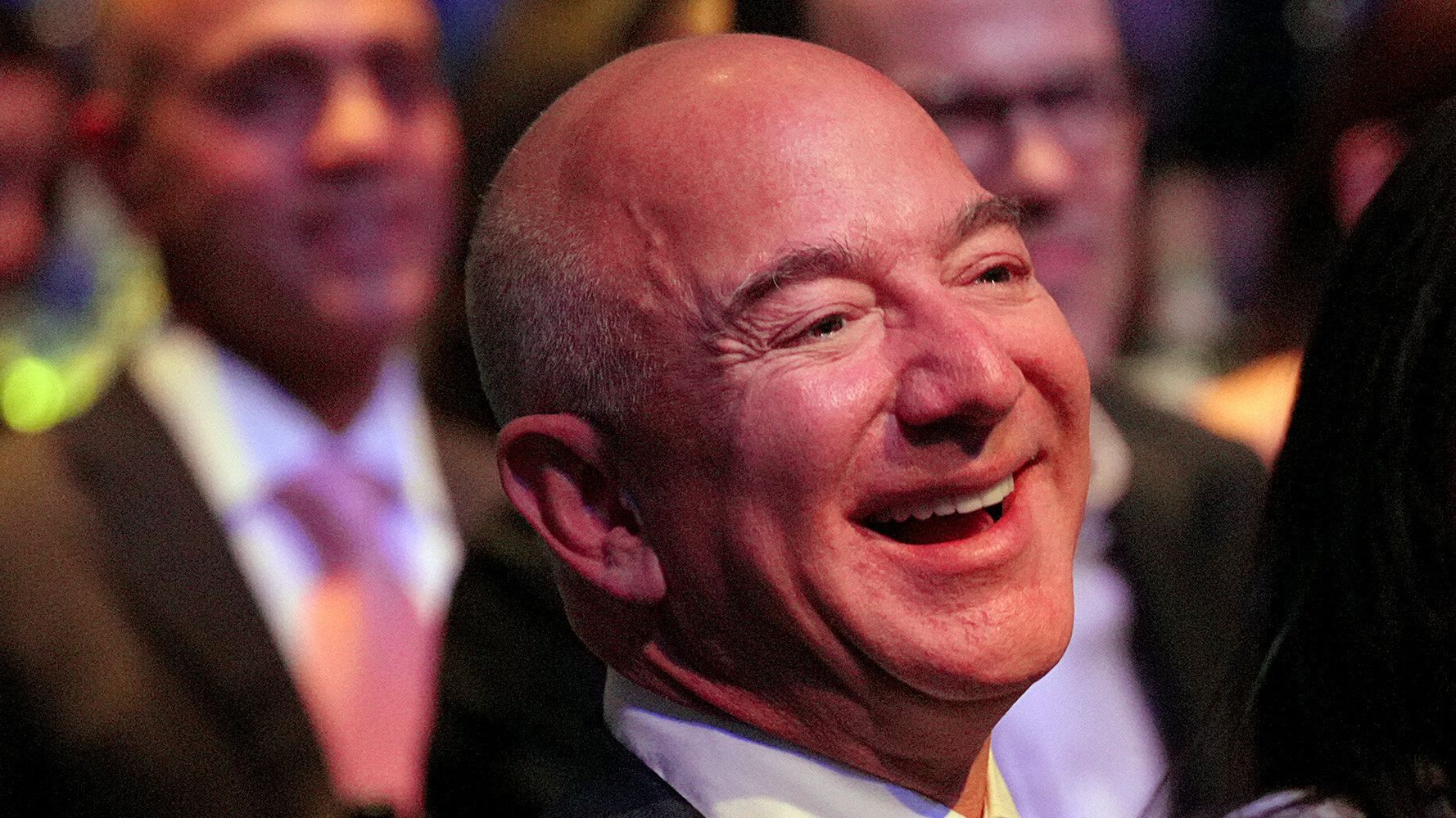 Actually it’s neither, the White House slapped back.White House Press Secretary Karine Jean-Pierre schooled Bezos in a responding tweet that gas prices are still high even while oil prices are falling — giving the lie to his claim of inevitable “market dynamics” (unless those “dynamics” must include price gouging).“I guess it’s not surprising that you think oil and gas companies using market power to reap record profits at the expense of the American people is the way our economy is supposed to work,” Jean-Pierre slayed.AdvertisementOil prices have dropped by about $15 over the past month, but prices at the pump have barely come down.That’s not “basic market dynamics.” It’s a market that is failing the American consumer. https://t.co/xpsK0QsQPT— Karine Jean-Pierre (@PressSec) July 3, 2022

But I guess it’s not surprising that you think oil and gas companies using market power to reap record profits at the expense of the American people is the way our economy is supposed to work.— Karine Jean-Pierre (@PressSec) July 3, 2022

AdvertisementThe last time Bezos was this upset with the president was in May when Biden said corporations should pay their fair share of taxes (their taxes were slashed 40% during the Trump administration) to help battle inflation.Bezos griped that underpaying taxes would have no effect on the nation’s current high rate of inflation. He called for Twitter’s “Disinformation Board” to probe Biden’s message because he claimed the president inaccurately linked higher corporate taxes to lowering inflation.Higher corporate taxes can in fact lower inflation, according to economists, by tamping down an overheated economy, which causes inflation.Actually, @JeffBezos increasing taxes is an excellent way to fight inflation as it curbs macroeconomic growth by moderating aggregate demand. It can, like rate hikes by the Federal Reserve, be recessionary if you are too aggressive with it, which nevertheless lessens inflation— Nicholas Creel (@Prof_Peacock) May 14, 2022

AdvertisementMore money in the Treasury from corporations could also help provide aid to people suffering in a post-inflation, cooling economy, by expanding or increasing the amount of unemployment benefits, for example.Amazon, incidentally, has paid extremely low taxes in relation to its enormous income and wealth. It paid zero federal taxes for 2018 by claiming a $129 million rebate on $11 billion in profits. It was one of 60 of some of the largest publicly traded corporations that paid no taxes that year.Related…Related… …