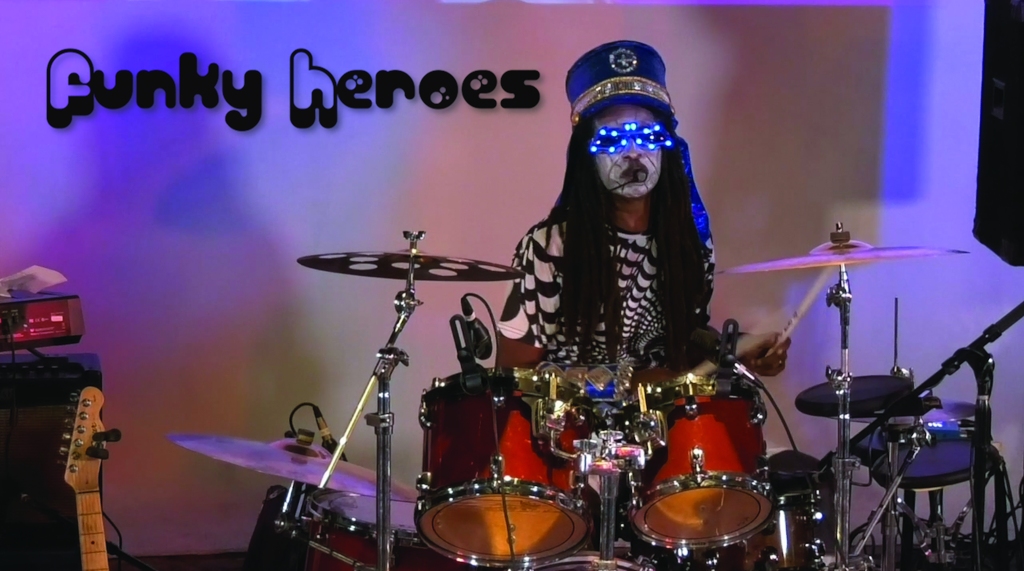 “With great power comes great responsibility.”— Benjamin Parker
That sage piece of advice, coming from the uncle of Peter Parker — aka Spiderman — fits the members of the Funky Heroes, whose out-of-this-world soundwaves and infectious grooves could be soaring out to the cosmos this very moment, making extraterrestrials dance without fully knowing what is happening to them.
The Funky Heroes, who play the Marina Lounge in Suisun City this Friday night, truly boast some superpowers of the sonic kind, drawing influence from the legendary funk artists of the 1970s.
The Funky Heroes come to Suisun City on Friday night (Contributed).
“When I was in high school, P-Funk was really hot, they were brand new,” said Andre Preston, founder, singer, and drummer of The Funky Heroes. “At first, I didn’t quite get the concept until they came out with the album with the comic books on it, and I was blown away, I was like, ‘Wow, now I did it, this man has a cartoon brain.
“This whole process was starting to come full circle for me, and so through that, I started coming up with stories of my own because at the time, I was also learning how to read music, and I was doing pretty good in the band program in school, one of the top drummers in the school district. So I created this band.”
Preston self-published two graphic novels back in 1979 of his own comic creations, and has brought the band to life on stage in the last several years …