‘My Body, My Choice’: How Vaccine Foes Co-Opted the Abortion Rallying Cry 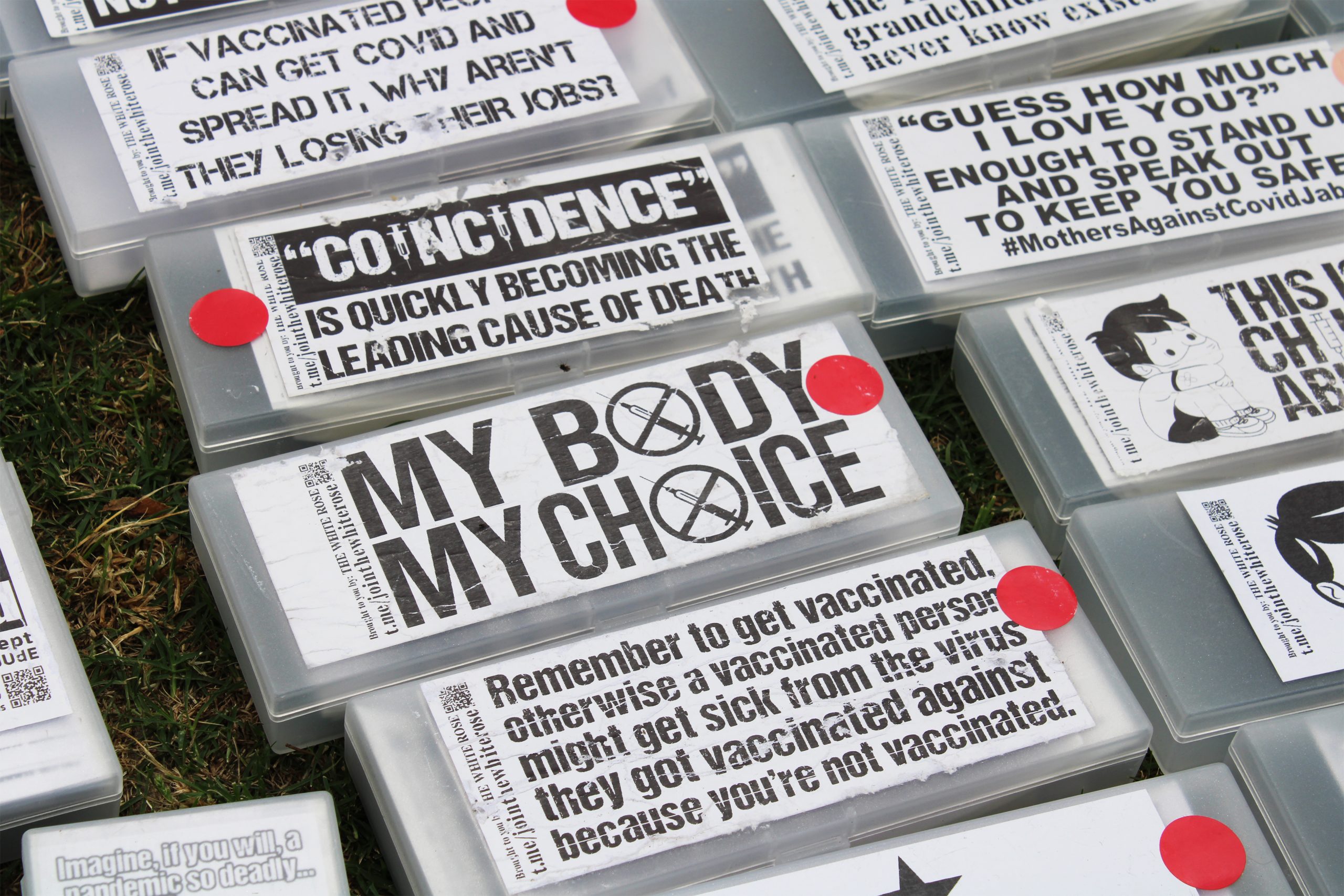 LOS ANGELES — In the shadow of L.A.’s art deco City Hall, musicians jammed onstage, kids got their faces painted, and families picnicked on lawn chairs. Amid the festivity, people waved flags, sported T-shirts, and sold buttons — all emblazoned with a familiar slogan: “My Body, My Choice.”

This wasn’t an abortion rights rally. It wasn’t a protest against the recent U.S. Supreme Court ruling that gutted Roe v. Wade. It was the “Defeat the Mandates Rally,” a jubilant gathering of anti-vaccine activists in April to protest the few remaining covid-19 guidelines, such as mask mandates on mass transit and vaccination requirements for health care workers.

Similar scenes have played out across the country during the pandemic. Armed with the language of the abortion rights movement, anti-vaccine forces have converged with right-leaning causes to protest covid precautions.

And they’re succeeding. Vaccine opponents have appropriated “My Body, My Choice,” a slogan that has been inextricably linked to reproductive rights for nearly half a century, to fight mask and vaccine mandates across the country — including in California, where lawmakers had vowed to adopt the toughest vaccine requirements in the U.S.

As the anti-vaccine contingent has notched successes, the abortion rights movement has taken hit after hit, culminating in the June 24 Supreme Court decision that ended the federal constitutional right to abortion. The ruling leaves it up to states to decide, and up to 26 states are expected to ban or severely limit abortion in the coming months.