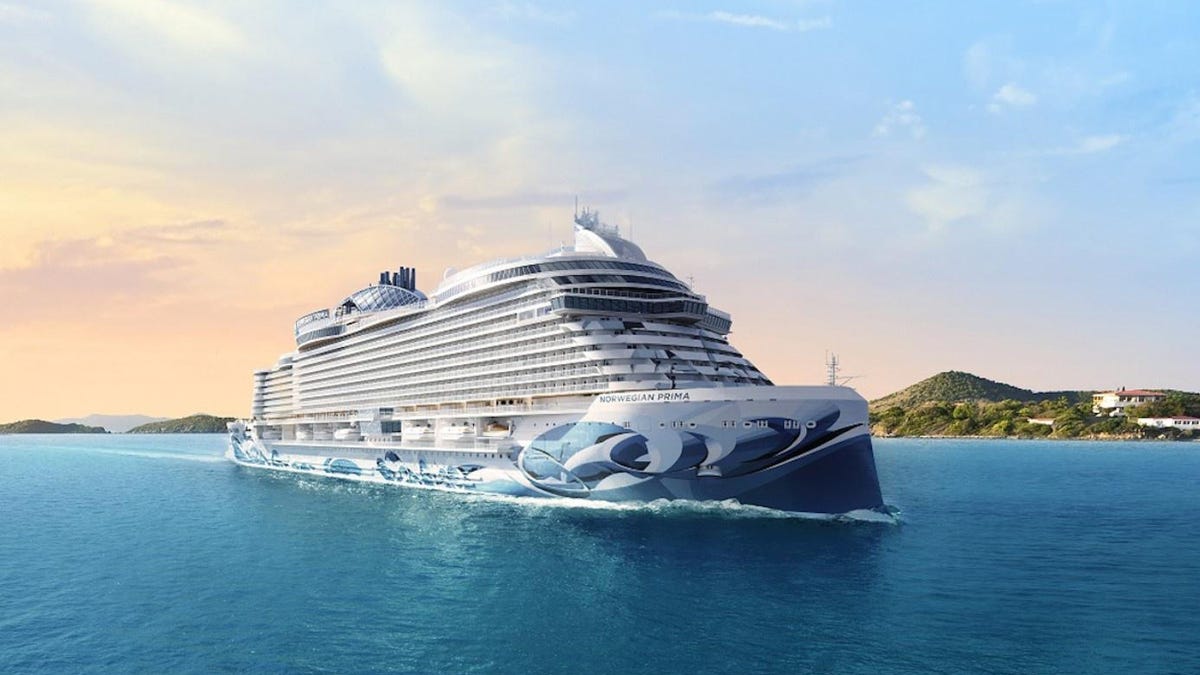 Norwegian Cruise Line is gearing up to launch an entirely new class of ships that will redefine the line’s upscale, contemporary offering including numerous firsts not previously found on other ships. In August, pop superstar Katy Perry, who herself enjoys cruising, will christen Norwegian Prima in Reykjavik, Iceland, as its godmother. This is the first of six ships in the Prima class. Norwegian is the first major cruise line to hold a christening ceremony in the country.

The company officially took delivery of the ship this week in its final preparations for its inaugural sailing in late August. Norwegian Prima has space for 3,100 passengers plus the highest crew-to-passenger ratio in the Norwegian fleet.

Other exciting features on the ship include the largest and first-of-its-kind, three-level race track at sea (dubbed the Prima Speedway) and “The Drop,” the world’s first free-fall dry slide, which sends you into a 10-story plunge on the side of the ship that reaches more G-forces than an accelerating F1 race car.

According to Fincantieri, this is the “most impressive and complex” ship it has ever built given its onboard amenities and high skyline. It is the first Norwegian ship that was built at the Italian shipyard.

By 2027, the company will add five more of these new-build, Prima class ships to its fleet. Norwegian Cruise Line president and CEO Harry Sommer explains what this new class of ships will offer and why now is the right time to introduce this new product.

What makes Prima different, and why launch now?

Norwegian unveils the first of i …