PlayStation Plus adds Yakuza: Like a Dragon for Essential subs in August 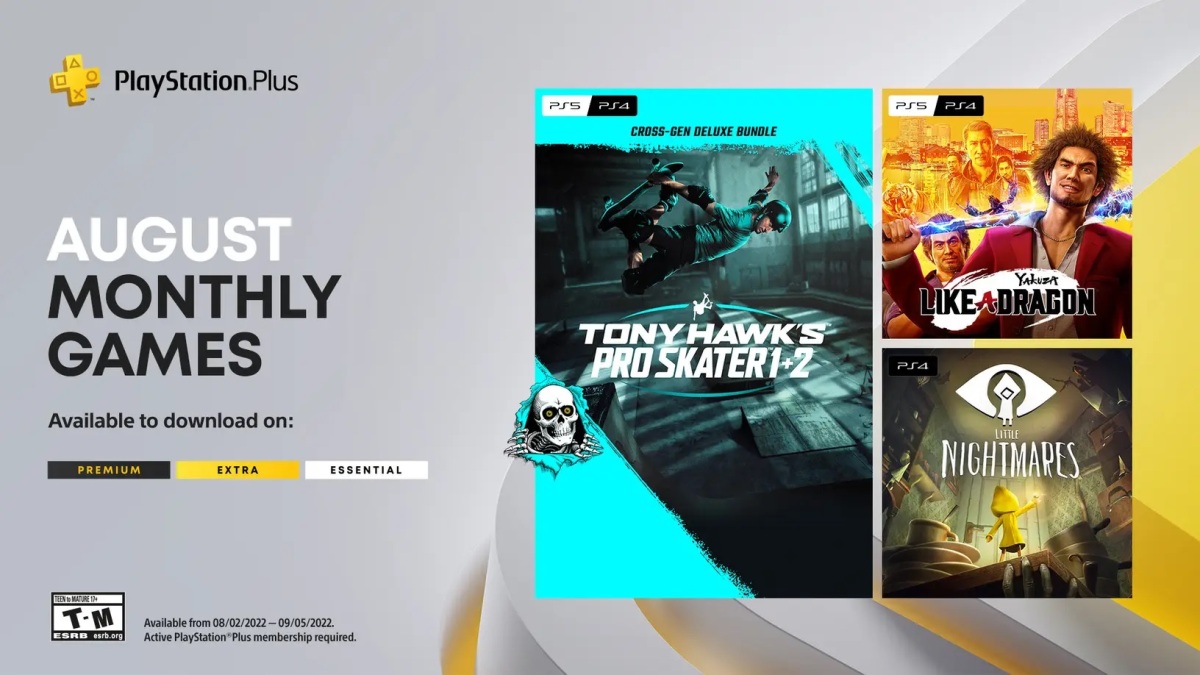 Sony has revealed August’s PlayStation Plus titles. Starting on August 1, Plus subscribers of every tier will have their three new games. In August, that includes Yakuza: Like a Dragon, Tony Hawk’s Pro Skater 1+2 Cross-Gen Deluxe Bundle and Little Nightmares.

Like a Dragon and Pro Skater will be available for both PS5 and PS4. The former is the latest installment in the Yakuza series, following new protagonist Ichiban Kasuga. The series has crossed the console lines, as the entire mainline series is on Game Pass, including Like a Dragon. PlayStation also confirmed that the rest of the Yakuza series is also coming to PS Plus through the rest of the month and the year.

Tony Hawk’s Pro Skater 1+2 is the remaster of the popular skating titles, the package first launching in 2020 (and 2021 for next-gen consoles). Little Nightmares is the puzzle platformer that received a sequel last year. Unlike the other titles, it’s only available for PS4.

Now that Sony has released the revamped “Spartacus” version of PS Plus, it’s split the offerings for subscribers. The first offering of the month — such as this one — are available to all subscribers, including Essential tier. It’s the same as pre-Spartacus PS Plus free game offerings. If last month is anything to go by, Premium-tier subscribers will have their own monthly offerings, possibly including newly launched games (July’s offering included Stray). We already know th …