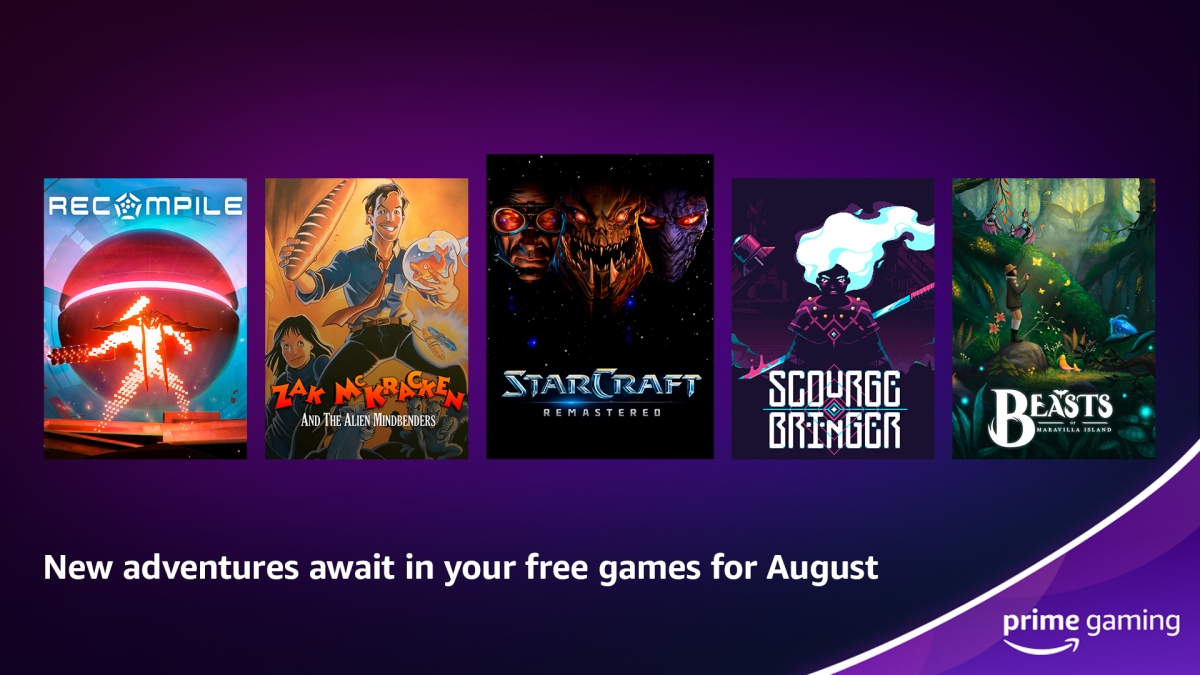 Amazon revealed which games it’s offering for free to Prime subscribers in August, both through Prime Gaming and through its Luna channel. Prime Gaming subs get several titles, including Starcraft: Remastered. The Prime Gaming Luna channel, which is free for subscribers, gets gameslike Control and Myst. All launch on the service on August 1.

In addition to the above, Prime Gaming will also offer content for games like Fall Guys, Roblox and Pokémon Go. Amazon revealed during Prime Day that its gaming offerings have seen great success: It’s offered over 675 pieces of free in-game content, which people have claimed 420 million times.
GamesBeat’s creed when covering the game industry is “where passion meets business.” What does this mean? We want to tell you how the news matters to you — not just as a decision-maker at a game studio, but also as a fan of …