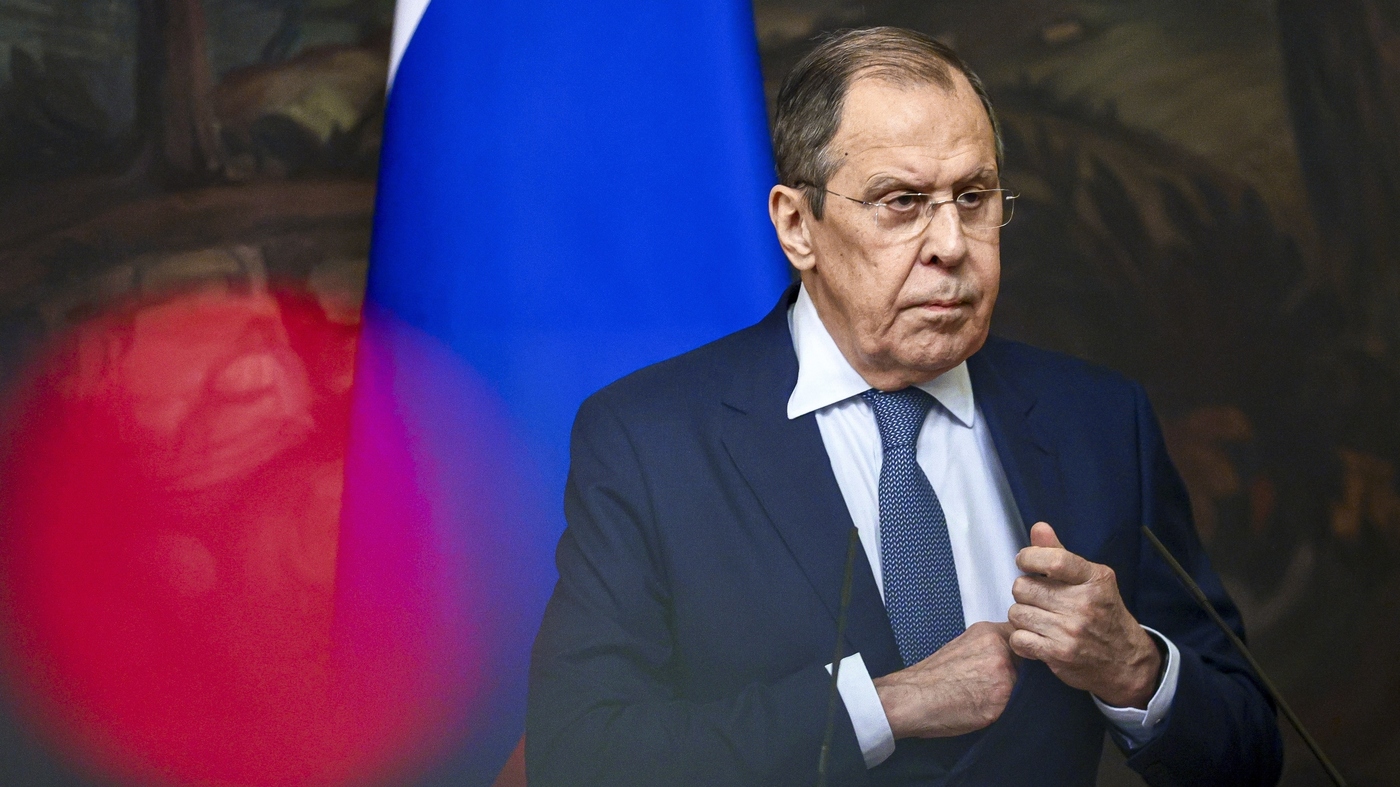 CAIRO — Russian Foreign Minister Sergey Lavrov is in Cairo for talks Sunday with Egyptian officials as his country seeks to break diplomatic isolation and sanctions by the West over its invasion of Ukraine. Lavrov landed in Cairo late Saturday, the first leg of his Africa trip that will also include stops in Ethiopia, Uganda and the Democratic Republic of Congo, according to Russia’s state-run RT. The Egyptian Foreign Ministry said Foreign Minister Sameh Shukry was holding talks with Lavrov Sunday morning. The Russian chief diplomat was scheduled to meet later Sunday with the Arab League Secretary General Ahmed Aboul Gheit. He will also address the permanent representatives of the pan-Arab organization, RT reported. Russia’s war in Ukraine has had dire effects on the world economy, driving up oil and gas prices to unprecedented levels. Ukraine is one of the world’s largest exporters of wheat, corn and sunflower oil, but Russia’s invasion of the country and naval blockade of its ports have halted shipments. Some Ukrainian grain is transported through Europe by rail, road and river, but with higher transportation costs.

The war has disrupted shipments of Russian products because shipping and insurance companies did not want to deal with Western sanctions on the country.

African counties are among those most affected by ripples of the war. The prices of vital commodities skyrocketed and billions of dollars in aid have been directed to help those who fled the war in Europe. That has left millions of people in conflict areas in Africa and the Middle East suffering from worsening growing shortages in food and other assistance. In an article posted on the Russian Foreign Ministry website, Lavrov rejected the West accusations that Russia is responsible for the global food crisis, as “another attempt to shift the blame to others.” Seeking to rally African nations on his country’s side, he hailed what he called “an independent path” such nations took when they refrained from joining the West in sanctioning Russia. “We know that the African colleagues does not approve of the undisguised attempts of the U.S. and their European satellites to gain the upper hand, and to impose a unipolar world order to the international community,” he wrote in the article, which also was published in four African newspapers. Lavrov’s meetings with Egyptian officials and Arab envoys in Cairo come less than two weeks after U.S. President Joe Biden’s Mideast trip. Biden met with the leaders of Israel and the Palestinian Authority, before convening a summit with the leaders of Arab Gulf countries, Egypt, Jordan and Iraq in Saudi Arabia.
Egypt, the Arab World’s most populous country, refused to take sides since the war in Ukraine began in February as it maintains close ties with both Moscow and the West. Egypt is among the world’s largest importers of wheat, with much of that from Russia and Ukraine. Egypt’s President Abdel Fattah el-Sissi has cultivated a close personal rapport with Russia President Vladimir Putin. Both leaders have strengthened bilateral ties considerably in the past few years. Lavrov’s visit to Cairo came as Russia’s state-owned atomic energy corporation, Rosatom, began last week the construction of a four-reactor power plant it is building in Egypt.
…