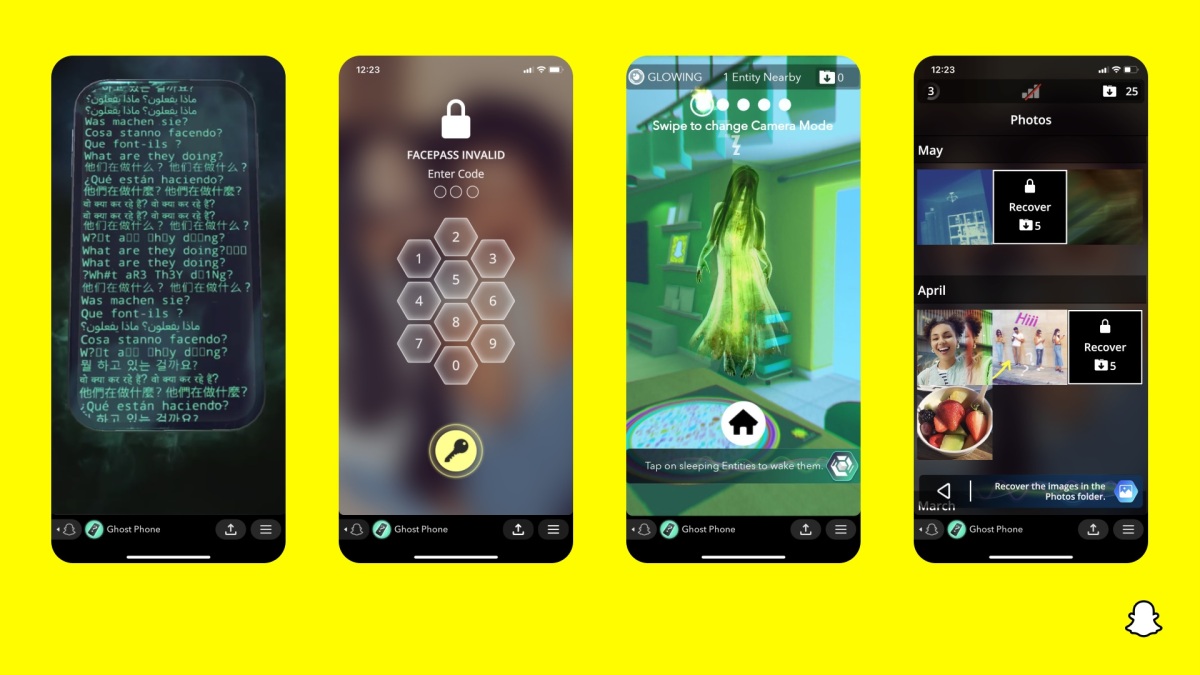 Snap revealed its newest game called Ghost Phone. According to the company, Ghost Phone incorporates its world-scan tech to make an augmented reality horror title. Players will be accosted by “ghosts” via their Snapchat camera, which they must attempt to defeat.

The game is a sort of found-footage horror title. The player discovers an abandoned phone and must find out what happened to its previous owner, Lisa. The investigation includes poking around the phone’s apps and eventually confronting the spirits around them using the phone as a sort of camera obscura. Based on the footage, the game looks similar to found-phone horror titles like Simulacra or Sara is Missing. It also resembles the AR horror game Night Terrors, albeit with slightly more cartoonish spooks.

Snap built the game using Snap Lens and the Playcanvas engine. Snap Lens’s surface recognition puts the ghosts in the player’s own environment. They can defeat and collect multiple kinds of ghosts, unlock different camera modes and discover Lisa’s fate.

Ghost Phone joins several other Snap Games and Minis on the Snapchat platform — most recently, it partnered with HiDef to make a Bitmoji dance title. According to Snap, over 300 million Snapchatters have used Games and Minis since they launched in 2019. The game launches today for all Snapc …