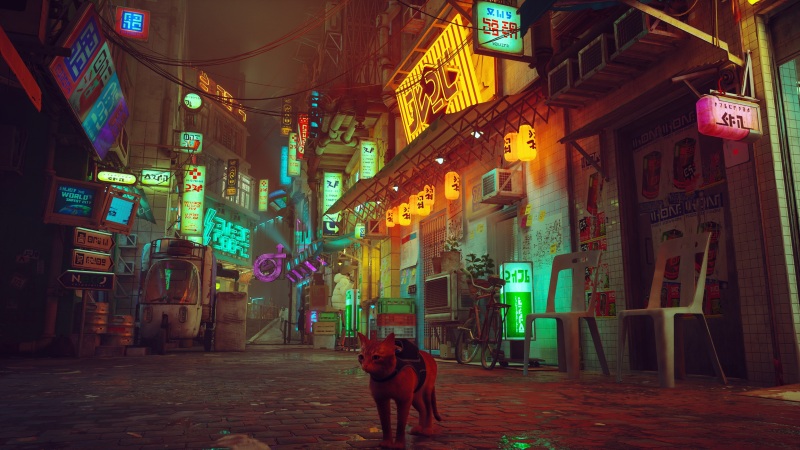 When Annapurna first announced Stray in 2020, it caught everyone’s eye thanks to its simple elevator pitch: In a grimy cyberpunk city inhabited by robots, you play an adorable cat out on an adventure. The essence of the game is identical to that original trailer, and Stray lives up to the potential promised in that initial reveal.

[embedded content]
This adorable adventure is one of the more delightful experiences I’ve had with a game in 2022. It also does not wear out its welcome, with my full playthrough coming in at just under seven hours. That’s key to its charm: It will only take up about a day’s worth of playtime, but you’ll enjoy that day.

Cat got your tongue?

The game stars the nameless Cat, a dexterous orange feline in a post-apocalyptic forest world who, through an accident, is separated from its cat family and ends up in a vast underground city populated by robots. Now it must attempt to escape the city, inadvertently sparking a revolution among the city’s grim, unhappy residents.

Stray’s Cat roams a beautiful cyberpunk city.The Cat wanders through a multiplicity of urban environments, exploring a mostly-ruined city trapped under a dome. The robots who inhabit the city believe a blue sky is a myth, and that “the Outside” is contaminated and dangerous. The Cat disrupts all they know and understand. The Cat covers everywhere from the city’s poor-but-oddly cheerful slums, its bright, neon-lit midtown, and its dark, terrifying underbelly.