StreamElements: Mobile games are growing on YouTube but not Twitch 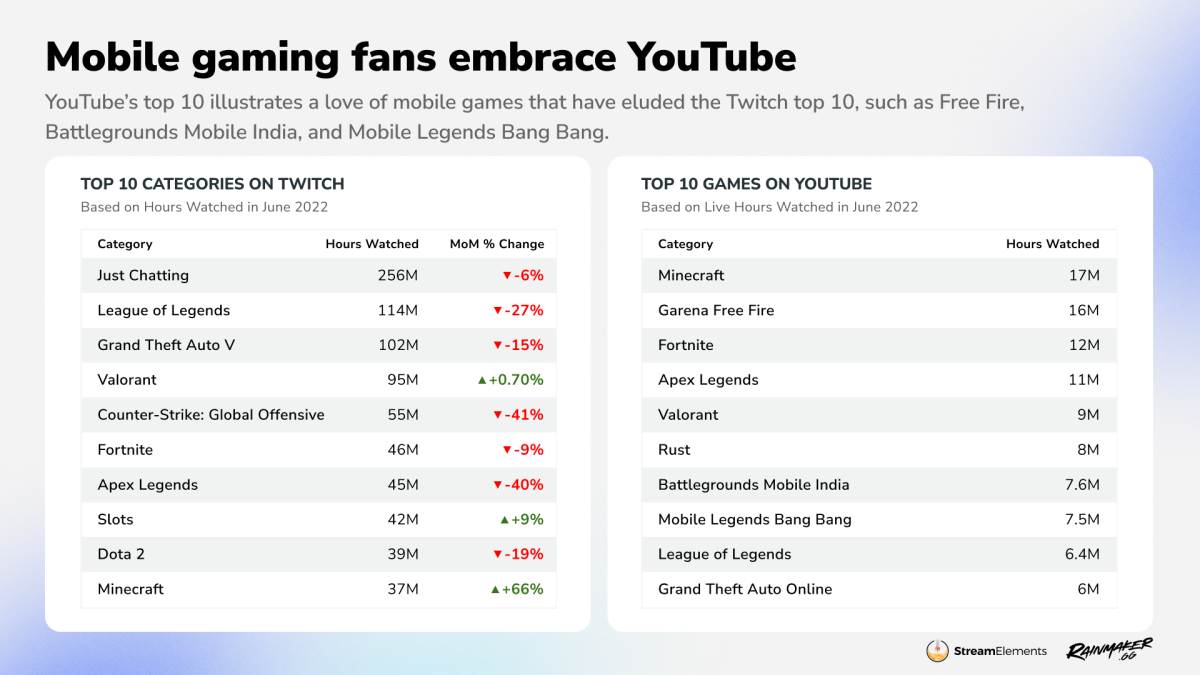 StreamElements released its latest monthly report, covering the state of streaming in June. According to this report, YouTube Gaming and Twitch are starting to diverge in types of content. Also, while Twitch’s numbers are fluctuating slightly, Facebook Gaming is on the rise.

YouTube Gaming is still behind Twitch in livestreaming content, but it’s doing well on its own. Curiously, it seems that one way the two services differ is that YouTube Gaming shows a preference for mobile gaming. The top 10 on YouTube includes games like Garena Free Fire, Battlegrounds Mobile India, and Mobile Legends Bang Bang. None of those games are present on the Twitch top 10 list.

Other changes include the growing popularity of VTubers on YouTube. Two VTubers, Kuzuha and Kanae, broke into YouTube’s list of top 10 streamers. On Twitch, stre …