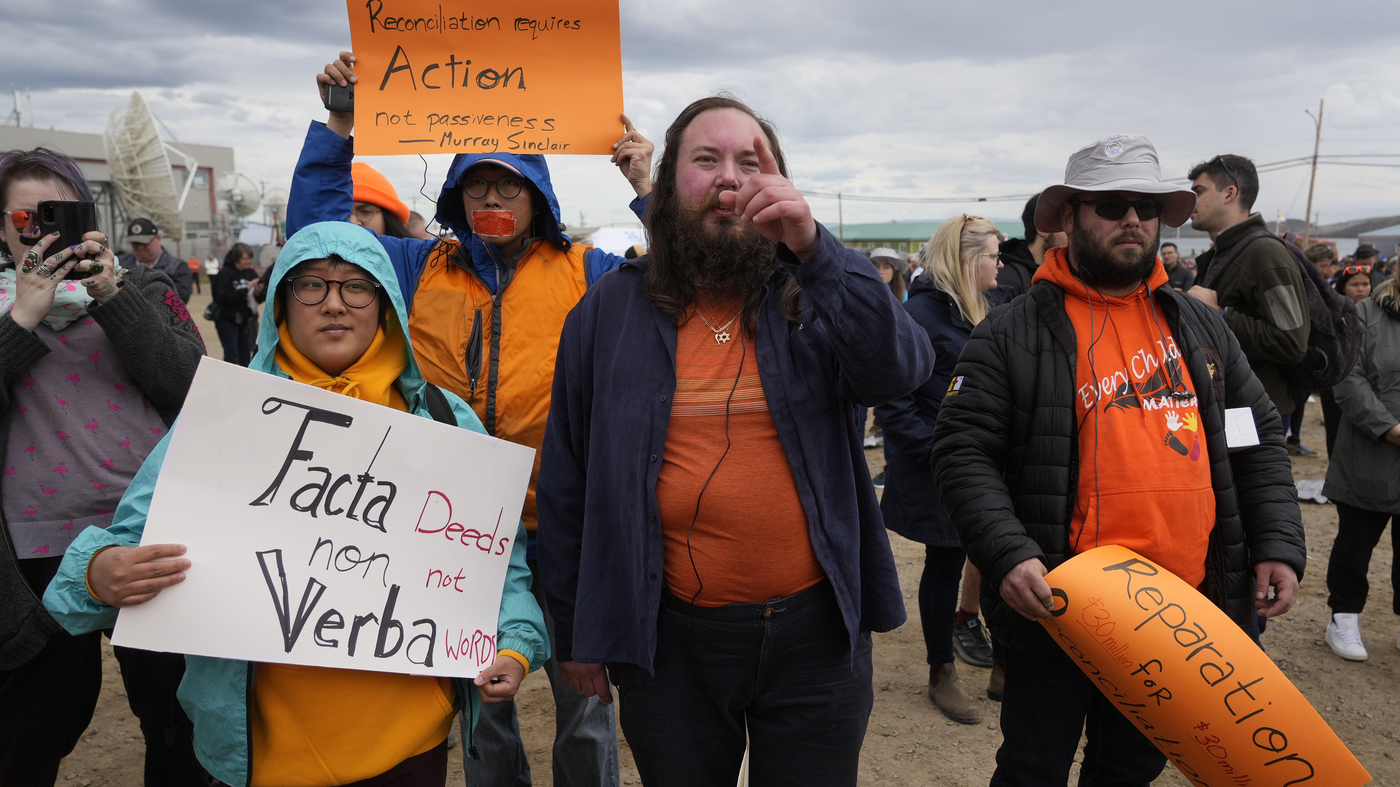 IQALUIT, Nunavut — Pope Francis traveled to the edge of the Arctic on Friday to deliver an apology to the Inuit people for the “evil” of Canada’s residential schools, wrapping up his week-long “penitential pilgrimage” to Canada with a dramatic visit to the remote territory of Nunavut to meet with school survivors. Francis landed in Iqaluit, population 7,500, and met with former students at a primary school to hear first-hand their experiences of being torn from their families and forced to attend church-run, government funded boarding schools. The aim of the policy, which was in effect from the late 1800s to the 1970s, was to sever children from their Native cultures and assimilate them into Canadian, Christian society.

“How evil it is to break the bonds uniting parents and children, to damage our closest relationships, to harm and scandalize the little ones!” Francis told a gathering of Inuit youths and elders outside the school. He thanked the school survivors for their courage in sharing their suffering, which he had heard for the first time this past spring when delegations of First Nations, Metis and Inuit peoples traveled to the Vatican to seek an apology. “This only renewed in me the indignation and shame that I have felt for months,” Francis said. “I want to tell you how very sorry I am and to ask for forgiveness for the evil perpetrated by not a few Catholics who contributed to the policies of cultural assimilation and enfranchisement in those schools.”

Before his speech, the pope — seated in a chair covered in seal skin — watched Inuit throat singers and dancers perform. During his address, he said “I’m sorry” in Inuktitut, the Inuit language, drawing cheers. And he ended by saying “thank you” in Inuktitut. The events stretched far longer than planned; the pope’s plane took off for Rome about 90 minutes behind schedule. The visit capped an unusual tour designed specifically to give the pope opportunities to apologize to generations of Native peoples for the abuses and injustices they suffered and to assure them that he was committed to helping them reconcile their relationship with the Catholic Church. After stops in Edmonton, Alberta, and Quebec City, Francis ended his pilgrimage in Nunavut, a vast territory straddling the Arctic Circle that represents the farthest north the Argentine pope has ever traveled. Ahead of his arrival, organizers readied scores of hats with mesh face protection to guard against the mosquitoes that sometimes abound in the mild summer temperatures of Iqaluit, which is some 200 miles south of the Arctic Circle.

Indigenous elders listen as Pope Francis gives an apology during a public event in Iqaluit, Nunavut, on Friday.

The Canadian government has said physical and sexual abuse were rampant at the residential schools, and Francis on Thursday begged forgiveness for the “evil” of clergy sexual abuse, vowing an “irreversible commitment” to prevent it from happening again. His vow came after he omitted a reference to sexual abuse in his initial apology th …