These are the two final candidates in the race to become the U.K.’s prime minister 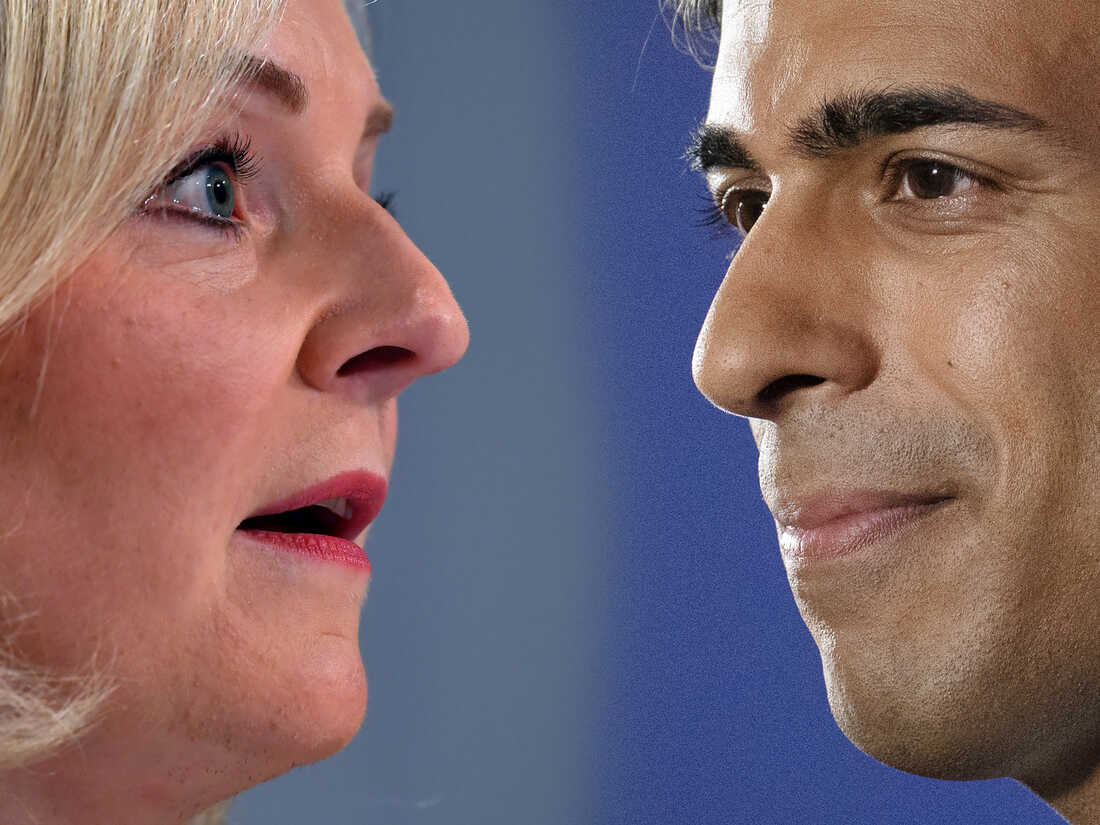 This composite image shows the two remaining Conservative Leader candidates Liz Truss (left) and Rishi Sunak. Conservative MP’s will cast their votes in their party’s leadership contest with the eventual winner expected to be announced in September.

Lawmakers from Britain’s Conservative party have selected the final two candidates in the race to become the U.K.’s next prime minister, in a voting process that now pits former finance minister Rishi Sunak against current foreign minister Liz Truss to replace Boris Johnson. Former defense minister Penny Mordaunt was eliminated with just 105 votes, while Sunak received 137 votes from Conservative parliamentarians. Truss received 113 votes. In a tweet soon after the announcement on Wednesday afternoon, Truss thanked parliamentary supporters for putting their trust in her and promised to “hit the ground from day one,” while Mordaunt said the party would “go forward together.” Sunak tweeted that he was grateful to colleagues and would “work night and day to deliver our message around the country.” Legislators will start their summer recess tomorrow, and over the coming weeks, Sunak and Truss will travel the country putting their case for party leadership to grassroots Conservative members. They will make a series of stump speeches, followed by question and answer sessions, which are known as “hustings.”

The process is expected to end in early September following a ballot of the party members, at which point Johnson would formally leave his post as caretaker prime minister and depart from Downing Street, and his selected successor would step into the role. There are estimated to be up to 200,000 members of the Conservative party in Britain, and because of the way the U.K. parliamentary system is set up, the resignation of Johnson did not automatically trigger fresh national elections. Sunak, the country’s former finance minister, resigned from that role earlier this month following Johnson’s shifting narrative about a colleague accused of sexual improprieties. His departure helped precipitate Johnson’s own downfall. A former investment banker, he was first elected as a lawmaker in 2015. His popularity with the British public as a top Cabinet member soared during the coronavirus pandemic, when his treasury department announced a series of policies that provided many citizens with financial support. Sunak soon became a favorite to replace Johnson, but a controversy over his wealthy wife’s tax affairs and a criminal fine for breaching lockdown rules dented his reputation as a competent operator. He has also said repeatedly that the country’s currently high taxes are necessary for Britain to balance its books without excessive borrowing.
Truss, the U.K.’s current foreign minister, has remained far more loyal to Johnson, and has enjoyed support among legislators from the right wing of the party, with a series of recent informal polls among grassroots activists also indicating that she is their preferred candidate for the premiership. Prior to her career in Parliament, she worked as an accountant, and was elected to her constituency about 90 miles northeast of London back in 2010. She initially opposed Brexit, but has in recent years taken an increasingly hard-line approach to British relations with the European Union, and has regularly threatened to breach the current trade agreement between the U.K. and EU nations. She has promised to cut taxes if she is selected as the next prime minister.
…