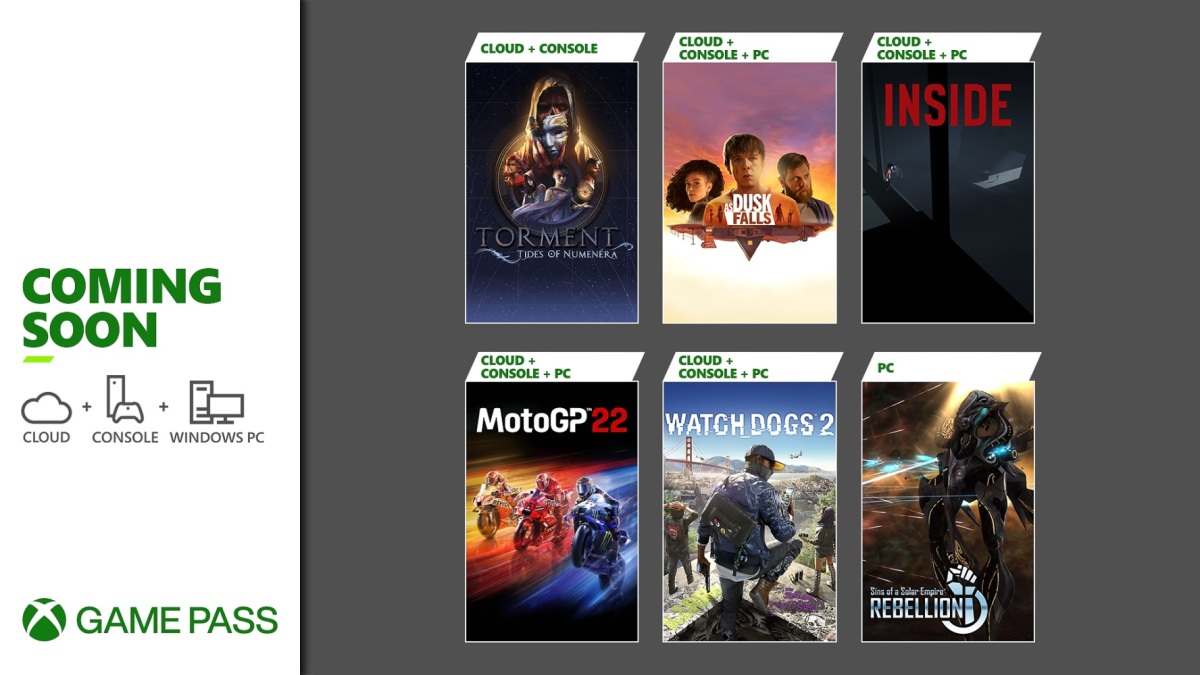 Xbox has revealed which games are coming to Game Pass during the second wave of July. It’s not a huge offering, at least compared with the first one this month — only one new game launch and a handful of older releases. But it includes some fun releases like Watch Dogs 2 and Inside.

The new launch is adventure game As Dusk Falls, with which my colleague Dean Takahashi was not particularly impressed. It launches on Game Pass on July 19, alongside Watch Dogs 2. Both are debuting on all three Game Pass platforms: Cloud, PC and console. Xbox also notes that Garden Story and Solasta: Crown of the Magister (cloud and console edition) have also launched on the platform.

The second batch of releases launch on July 21. This includes Sins of a Solar Empire: Rebellion, MotoGP 22 and Torment: Tides of Numenera. The final game of the month, presumably, is Inside, which debuts on the platform on July 29. Leaving the platform on July 31 are Dodgeball Academia, Katamari Damacy Reroll, Lumines Remastered, Omno and Raji: An Ancient Epic.

This marks the first month where Game Pass faces some competition from PlayStation Plus. The latter service is offering its own day-one release this month: Cyberpunk adventure game Stray. Sony’s service still offers fewer games per month than Game Pass, but it’s possible future launches will divide between the two services.
GamesBeat’s creed when covering the game industry is “where passion meets business.” What does this mean? We wan …