A lethal U.S. drone strike in Afghanistan points to a new approach 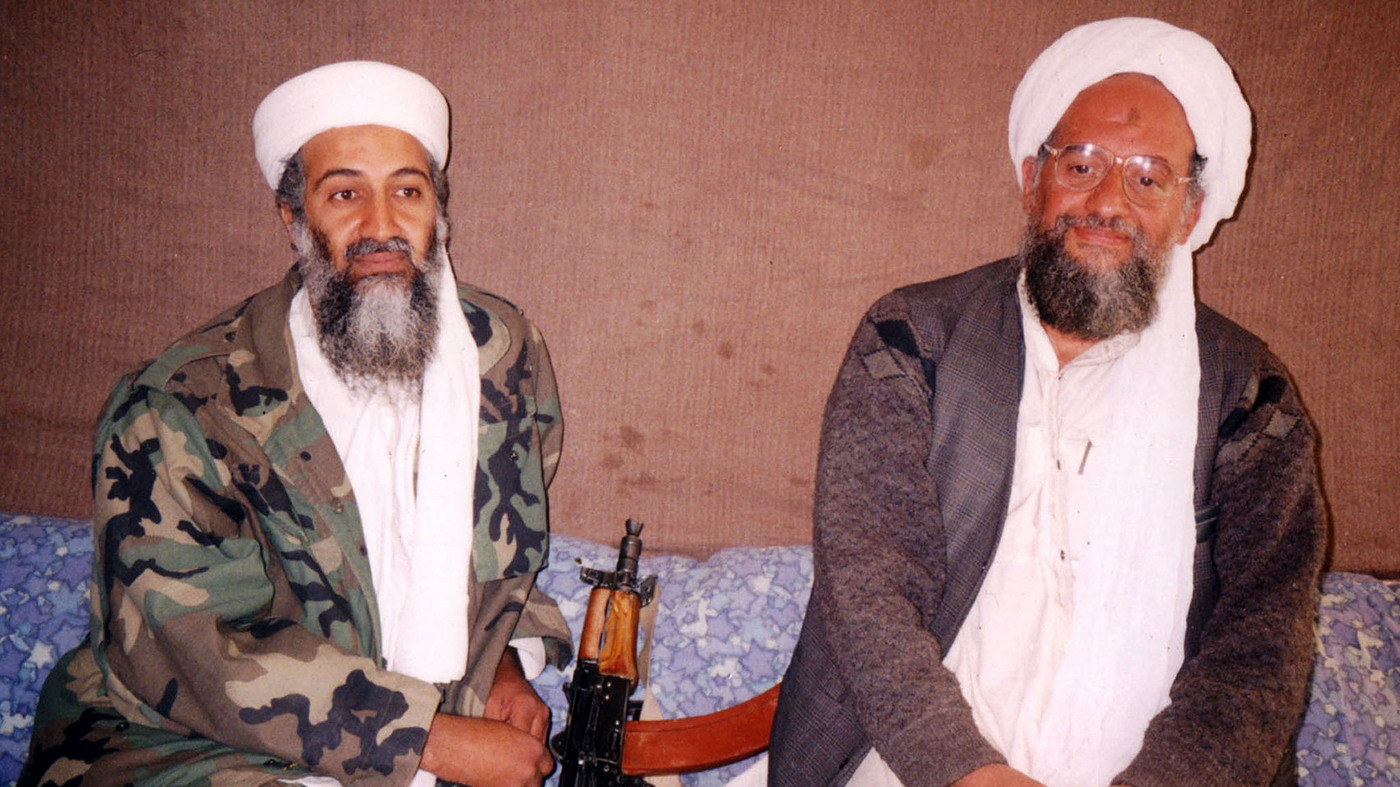 Osama bin Laden (left) sits with his No. 2, Ayman al-Zawahiri, for an interview that was published in November 2001, shortly after the 9/11 attacks. The U.S. says it killed al-Zawahiri in a drone strike in Kabul on Sunday.

A deadly U.S. drone strike in Afghanistan over the weekend offered several clues about what U.S. counterterrorism strategy is likely to look like in the future. First, the target was al-Qaida’s top leader, Ayman al-Zawahiri, a man the U.S. had pursued for more than two decades. The strike showed the U.S. could still track hard-to-find extremist leaders even if it takes a long time to find them.

Second, this was the first high-profile U.S. attack in Afghanistan since U.S. troops withdrew in August of last year. Such strikes are far less frequent than during the height of the U.S. wars in Iraq and Afghanistan, but they remain part of the arsenal. Third, U.S. national security priorities have moved on after two years of wars against Islamist extremists. Russia’s war in Ukraine is the most pressing concern at the moment, and China is the biggest challenge in the long term. But extremism remains a threat that will emerge periodically. “We make it clear again tonight that no matter how long it takes, no matter where you hide, if you are a threat to our people, the United States will find you and take you out,” President Biden said Monday evening from the White House.

The strike shows the U.S. can still monitor threats from abroad U.S. officials said they learned earlier this year that al-Zawahiri’s family moved into a safe house earlier this year in the upscale Kabul neighborhood of Sherpur, a diplomatic area that many Taliban leaders now call home. At some point, Zawahiri joined them. The U.S. officials said al-Zawahiri never left the house, but they were able to establish a pattern of his movements.

This allowed the U.S. to carry out the drone strike with two Hellfire missiles on Sunday morning when al-Zawahiri was on the balcony of the home, according to U.S. officials. The officials did not say where they launched the drone, but the U.S. no longer has any military bases in the immediate region, suggesting the aircraft may have flown a long distance before reaching its target. John Kirby, coordinator for strategic communications at the White House’s National Security Council, told Morning Edition that the strike deals a significant blow to al-Qaida’s operations, and proves that the U.S. will not let Afghanistan become a safe haven for terrorists. “We said a year ago that we knew al-Qaida was starting to move back, in small numbers, into Afghanistan,” Kirby added. “We were honest about that. We also said that the plan isn’t to hit every single al-Qaida terrorist with a missile, it’s to make sure that we are defeating those threats to our homeland, to the American people. Mr. Zawahiri presented that kind of a threat and that’s why we took him out.”
Zawahiri’s hideout suggests ties between al-Qaida and Taliban Morning Edition host Steve Inskeep, who was in Kabul at the time of the Sunday strike, says residents were awoken by the sound of at least one early-morning explosion and later shared images of a multi-story house with the windows blown out. “We drove to the area of the targeted house this morning and found Taliban fighters blocking and guarding the approaches to it, but otherwise life seemed to be going on as usual in the streets …