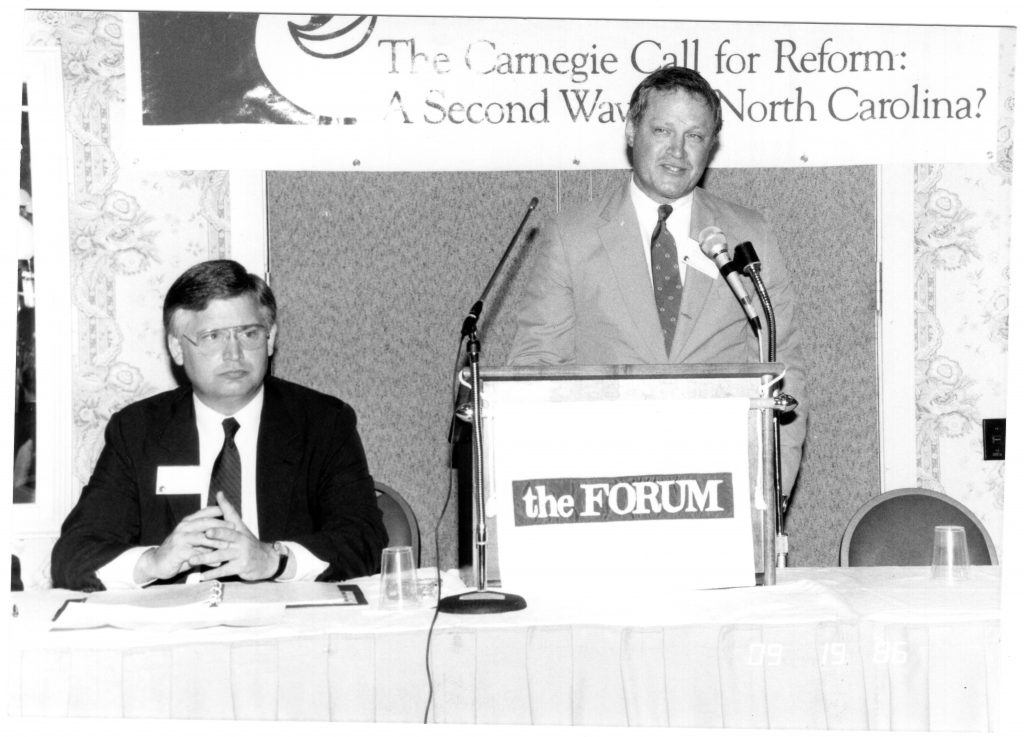 RALEIGH — A secretive education nonprofit with stated “equity” objectives and that funds itself in part through membership dues paid for by school districts across the state using taxpayer dollars was formed as a project of a Raleigh law firm.
The Innovation Project (TIP) “formally began on July 1, 2015,” according to the group’s website. The organization was co-founded by Gerry Hancock and Ann McColl as “a service of the Raleigh law firm, Everett Gaskins Hancock LLP.”

In addition to TIP, Hancock also founded the education website EducationNC along with Ferrell Guillory, who is the Director of the Program in Public Life and Professor of the Practice at the UNC Hussman School of Journalism and Media and serves as vice chairman of EducationNC.
According to the Everett Gaskins Hancock website, “The firm’s attorneys have been instrumental in the formation of notable nonprofit organizations such as the Public School Forum of North Carolina, the North Carolina Biotechnology Center, and EducationNC, and have successfully advocated on behalf of North Carolina’s Low Wealth Schools Consortium for the enforcement of every child’s right to a sound, basic education.”
The firm’s website does not list The Innovation Project among its achievements but does say that one of their attorney’s was the founding chair of the over 30-year-old Public School Forum of North Carolina, an education nonprofit that says its “key purpose” has been to “speak truth to power.”  The attorney involved was Hancock, who at that time was senator in the North Carolina General Assembly.
The Public School Forum’s mission is to “provide trusted, nonpartisan, evidence-based research, policy analysis and innovative programs that empower an informed public to demand that education best practice becomes common practice throughout North Carolina.”
Similar to TIP, the NC Public School Forum’s “about page” notes it also re …