Against the odds: How Blondie shattered the conventions of punk and pop 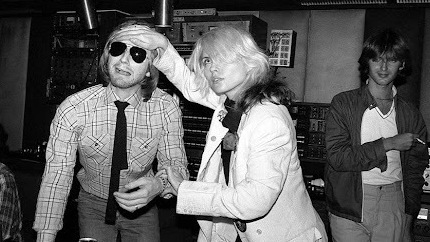 By the early 1970s, the Greenwich Village folk scene had faded, and a new sound was wafting up from the street. New York Dolls frontman David Johansen says it found a home just north of Bleecker Street and east of Washington Square. “I was friends with Eric Emerson, who had a band called Magic Tramps, and he said that he was going to do a gig at this new place, Mercer Arts Center, and would my band want to come and open for him?” By the summer of 1972, that gig turned into a weekly engagement, with the Dolls sharing the stage with guests including Jayne (then performing as Wayne) County and Ruby and the Rednecks. “A scene started kind of coming around us,” Johansen explains. “And it was beautiful, a lot of people who would see each other on the street, and this gave them a chance to be in the same kind of place.” At the time, Chris Stein was a student at the School of Visual Arts. He saw the Dolls perform at Mercer Arts and befriended Emerson, who became his roommate and sometime bandmate. Debbie Harry performed in a band called the Stilettos that featured three female vocalists and a male backing band, eventually including Stein on guitar.

In August of 1973, Mercer Arts literally collapsed. But a few months later, CBGB opened blocks away, and that’s where Stein and Harry’s new band Blondie played its first gig in the spring of 1974. Roberta Bayley remembers working the door: “I would say for the first year of Blondie, you know, they were kind of looked at, quite frankly, as the band least likely to succeed. Everybody liked the people in the band, but they hadn’t coalesced as a group really until [drummer] Clem Burke joined, then he brought in [bassist] Gary Valentine.” Bayley started taking photos of the bands that played at CBGB and soon became the chief photographer of a new magazine called Punk, named as much for an attitude as an emerging music scene. Blondie added Jimmy Destri on keys and got signed to a small label called Private Stock.

The band’s self-titled 1976 debut album featured ’60s pop sounds, such as girl groups and surf rock, filtered through a prism of glitter and grit. Blondie’s look matched that sound. The guys wore shades, thrift store suits and skinny ties. Debbie Harry bleached her hair but let her dark roots show — putting a downtown spin on old Hollywood glam. “I was very fascinated by these women that had this kind of glowing image on film,” Harry explains. “It seemed like something that I could do.”
Despite these nods to the past, Blondie was always looking ahead, reinterpreting a vast catalog of influences. After parting ways with Private Stock and signing with Chrysalis Records in 1977, the band released its sophomore album Plastic Letters and toured extensively to pr …