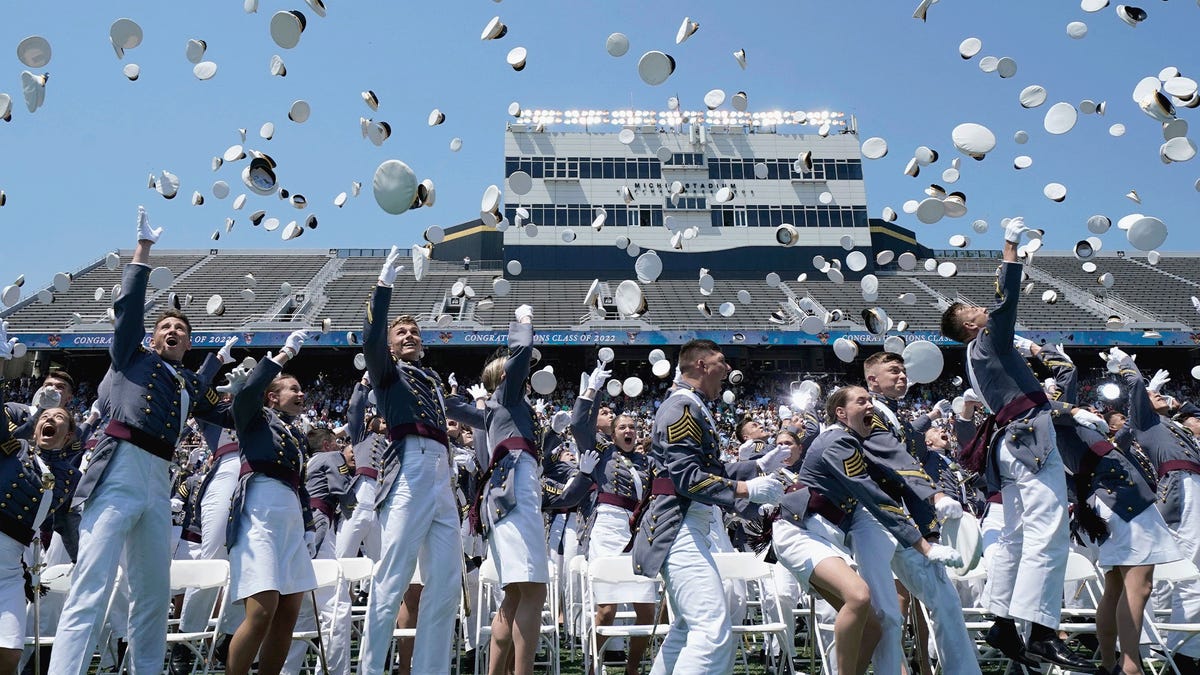 The five U.S. military academies operate quite differently from other colleges and universities in the country, but they offer a stellar education nonetheless.

ne type of higher education institution that’s often overlooked in discussions about the nation’s best colleges are America’s military service academies, established with the general mission of training officers for the military or other forms of national service.

There are five service academies, and they each do an outstanding job of educating students not only for their initial and sometimes long-term service careers, but also for success in civilian positions. Along with intensive practical experience, graduates of the academies usually receive a world-class education in science and engineering, along with several other major options. And to top it off, it’s free.
Forbes excluded the five U.S. military academies from its list this year because there isn’t enough data available to make a fair comparison to the other colleges. But the academies deserve a closer look because their excellent educational outcomes rival those of the nation’s premier colleges and universities.

Graduates of the U.S. Military Academy are commissioned as second lieutenants in the Army.Getty Images

The U.S. Military Academy in West Point, New York, was founded in 1802 through legislation signed by Thomas Jefferson. West Point’s current enrollment is approximately 4,500 Army cadets, about 24% of whom are women and about a …