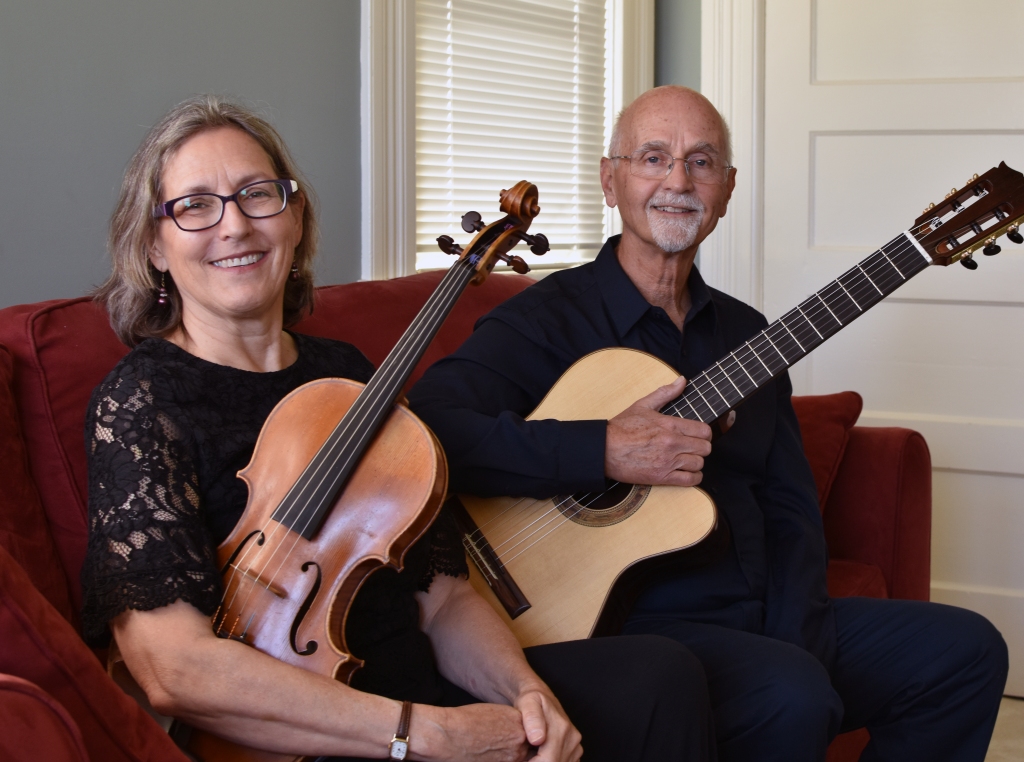 Just like their fellow musicians around the world, two years ago Leo Cavanagh and Katrina Wreede faced an uncertain future when the COVID lockdowns began. The duo, who perform together as Paper Moon, and will be playing at the Vallejo Naval and Historical Museum on Saturday afternoon, decided that they couldn’t simply take a break or walk away from what they had known for most of their lives.Cavanagh, a longtime Vallejo resident, has made quite a name for himself over the years in the Bay Area and beyond as a stellar jazz guitarist, performing both as a soloist and as a member of many different groups at all manner of venues, festivals, clubs, and more.
He also taught guitar and other music classes part-time for more than 25 years at Solano Community College and Napa Valley College and wrote several books on playing guitar as well. As the days and months rolled by with no live performing, Cavanagh didn’t like what he saw coming from Zoom concerts, so he decided he would simply record a new album — the aptly titled “Guitar in the Time of Corona.”
“I made a CD of my original compositions just on solo guitar, where I recorded them in my kitchen,” said Cavanagh. “Actually. I had some nice …