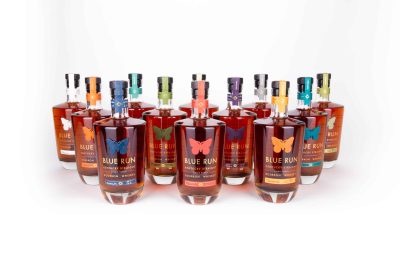 A new whiskey operation in Georgetown will create a projected 45 jobs in the area.

The $51 million dollar project by Blue Run Spirits will include a 35,000-square-foot distillery and a 20,000-square-foot rickhouse and will serve as the company’s first distilling operation and future headquarters. The investment also will create a projected 45 full-time jobs for local residents, including operations and administrative positions.

“When we started Blue Run Spirits in October of 2020, we never imagined a distillery would be in our future,” said Blue Run Spirits CEO and co-founder Mike Montgomery. “The generous support of the commonwealth is making this a reality. We look forward to becoming a dynamic contributor to the economic vibrancy of Scott County and Georgetown.”

Blue Run Spirits was founded in 2020 and has released 10 bourbons and rye whiskies. That number is expected to quintuple its 2021 total, with sales projected at approximately $15 million.

Blue Run Spirits’ planned expansion builds on recent bourbon and spirits growth across Kentucky. Within the last three years, the commonwealth’s spirits industry has announced more than 50 new-location or expansion …