China halts climate and military dialogue with the U.S. over Pelosi’s Taiwan visit 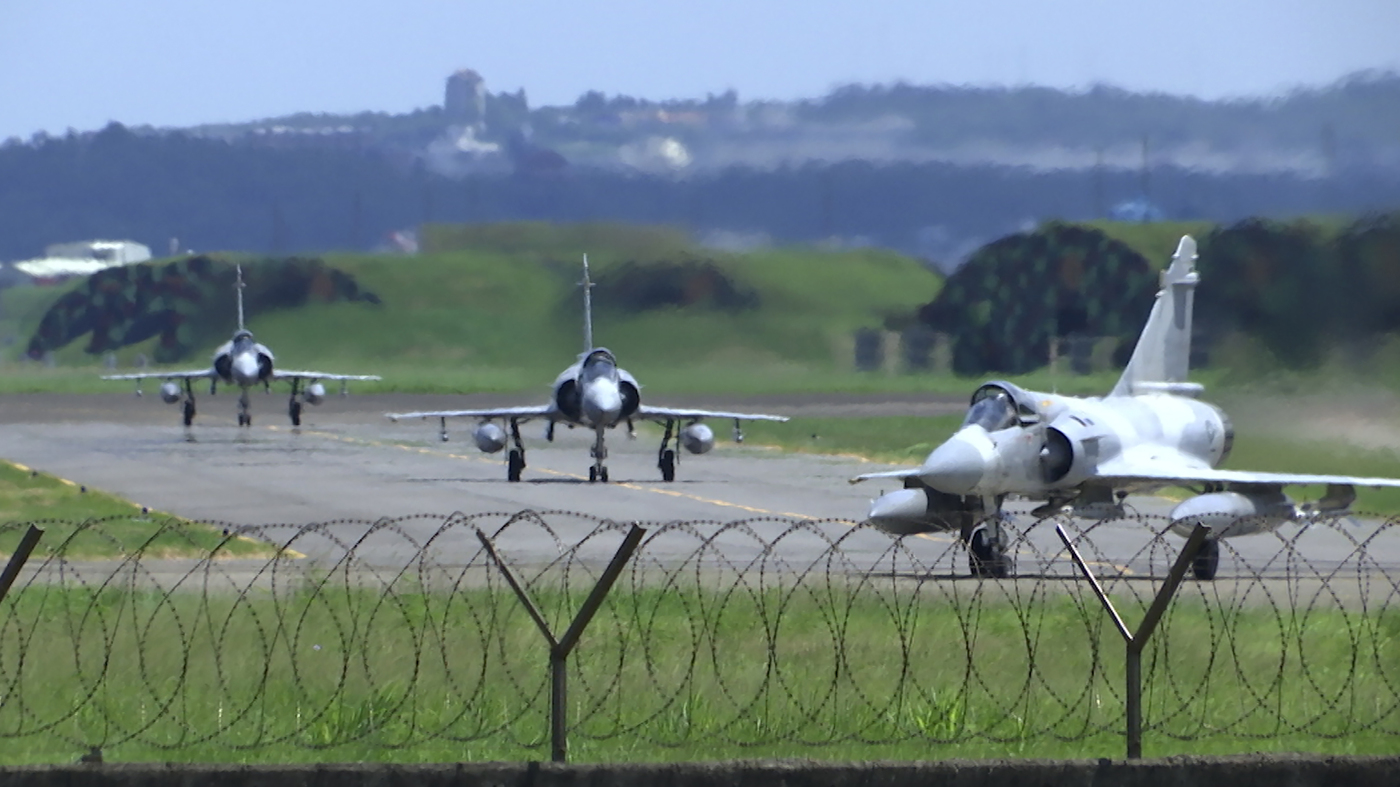 Taiwan Air Force Mirage fighter jets taxi on a runway at an airbase in Hsinchu, Taiwan, on Friday. China says it summoned European diplomats in the country to protest statements issued by the Group of Seven nations and the European Union criticizing threatening Chinese military exercises surrounding Taiwan.

BEIJING — China on Friday said it is canceling or suspending dialogue with the United States on a range of issues from climate change to military relations and anti-drug efforts in retaliation for a visit this week to Taiwan by U.S. House Speaker Nancy Pelosi. The measures, which come amid cratering relations between Beijing and Washington, are the latest in a promised series of steps intended to punish the U.S. for allowing the visit to the island it claims as its own territory, to be annexed by force if necessary. China on Thursday launched threatening military exercises in six zones just off Taiwan’s coasts that it says will run through Sunday. Missiles have also been fired over Taiwan, defense officials told state media. China opposes the self-governing island having its own contacts with foreign governments, but its response to the Pelosi visit has been unusually vociferous. The Foreign Ministry said dialogue between U.S. and Chinese regional commanders and defense department heads would be canceled, along with talks on military maritime safety.

Cooperation on returning illegal immigrants, criminal investigations, transnational crime, illegal drugs and climate change will be suspended, the ministry said. China said Friday that more than 100 warplanes and 10 warships have taken part in the live-fire military drills surrounding Taiwan over the past two days, while announcing mainly symbolic sanctions against U.S. House Speaker Nancy Pelosi and her family over her visit to Taiwan earlier this week. The official Xinhua News Agency said Friday that fighters, bombers, destroyers and frigates were all used in what it called “joint blockage operations.” The military’s Eastern Theater Command also fired new versions of missiles it said hit unidentified targets in the Taiwan Strait “with precision.” The Rocket Force also fired projectiles over Taiwan into the Pacific, military officers told state media, in a major ratcheting up of China’s threats to attack and invade the island. The drills, which Xinhua described as being held on an “unprecedented scale,” are China’s most strident response to Pelosi’s visit. The speaker is the highest-ranking U.S. politician to visit Taiwan in 25 years. Dialogue and exchanges between China and the U.S., particularly on military matters and economic exchanges, have generally been halting at best. Climate change and fighting trade in illegal drugs such as fentanyl were, however, areas where they had found common cause, and Beijing’s suspension of cooperation could have significant implications for efforts to achieve progress in dealing with those issues.
On the Chinese coast across from Taiwan, tourists gathered Friday to try to catch a glimpse of any military aircraft heading toward the exercise area. Fighter jets could be heard flying overhead and tourists taking photos chanted, “Let’s take Taiwan back,” looking out into the blue waters of the Taiwan Strait from Pingtan island, a popular scenic spot in Fujian province. Pelosi’s visit stirred emotions among the Chinese public, and the government’s response “makes us feel our motherland is very powerful and gives us confidence that the return of Taiwan is the irresistible trend,” said Wang Lu, a tourist from neighboring Zhejiang province. China is a “powerful country and it will not allow anyone to offend its own territory,” said Liu Bolin, a high school student visiting the island. His mother, Zheng Zhidan, was somewhat more circumspect. “We are compatriots and we hope to live in peace,” Zheng said. “We should live peacefully with each other.” China’s insistence that Taiwan is its territory …