Critics say ‘monkeypox’ is a racist name. But it’s not going away anytime soon 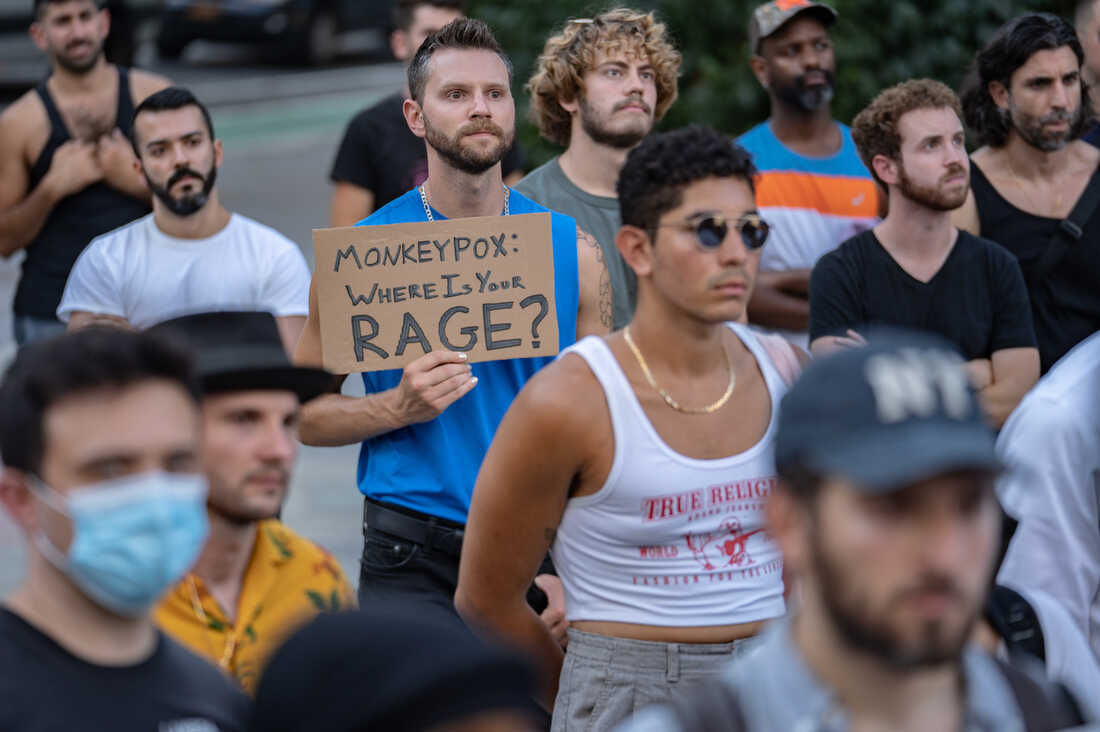 People protest during a rally calling for more government action to combat the spread of monkeypox at Foley Square on July 21, 2022 in New York City.

Nearly seven weeks after the World Health Organization said it will change the name of the monkeypox disease, agreeing with scientists who called it “discriminatory and stigmatizing,” the controversial label doesn’t seem to be going anywhere. Critics say the name “monkeypox” plays into racist stereotypes about Black people, Africa and LGBTQ people — and, they note, it falsely suggests monkeys are the main source of the virus. “Monkeypox should be renamed for two major reasons,” said Dr. Ifeanyi Nsofor, a global health equity advocate and senior New Voices fellow at the Aspen Institute. “First, there is a long history of referring to Blacks as monkeys. Therefore, monkeypox is racist and stigmatizes Blacks.” “Second, monkeypox gives a wrong impression that the disease is only transmitted by monkeys. This is wrong,” he adds.

Yet despite growing criticism of the name, the International Committee on Taxonomy of Viruses told NPR that even if the name is changed in the next year or two, the term “monkey” will likely still be part of any revamped name. While WHO names diseases, the ICTV determines the formal names of viruses. In recent discussions held by the ICTV, “the consensus is that use of the name ‘monkey’ is sufficiently separated from any pejorative context such that there is no reason for any change,” Elliot Lefkowitz, the organization’s data secretary, told NPR via email.

And when asked for an update on WHO’s name-changing process, WHO Chief Scientist Dr. Soumya Swaminathan said last week: “We, as far as I know, have not received any proposals for a name to replace monkeypox.” The process, she adds, remains open for suggestions. Nonetheless, the movement to change the name of the virus is continuing. Last Tuesday, New York City public health commissioner Ashwin Vasan sent a letter urging WHO Director-General Tedros Adhanom Ghebreyesus to act immediately to rename monkeypox, citing “potentially devastating and stigmatizing effects.”

Vasan described how, in the early days of the HIV/AIDS epidemic in the 1980s, “misinformation about the virus led people to believe that it was spread to humans after people in Africa engaged in sexual activity with monkeys.” With the monkeypox name linked to similar feelings of stigma and racism, Vasan said people of color and members of LGBTQ communities “may avoid engaging in vital health care services because of …