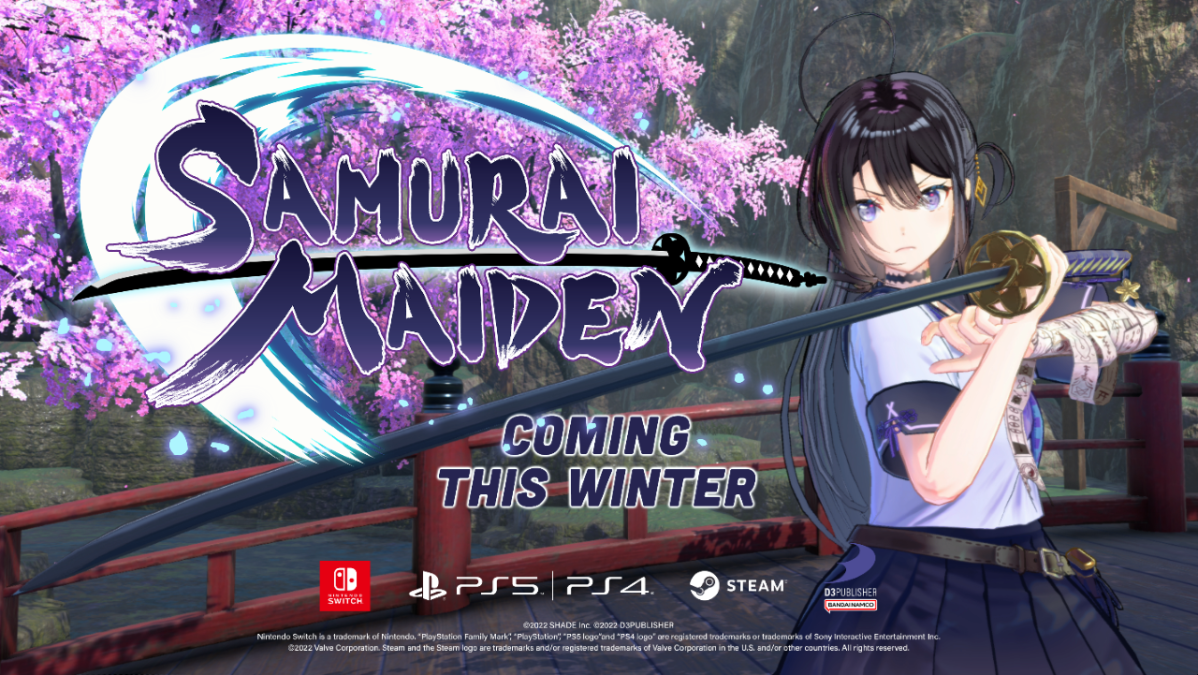 D3Publisher and developer Shade are announcing Samurai Maiden, a new multiplatform game. The game’s descriptor is a samurai action game, but on closer inspection there’s a bit more to it than that.

Samurai Maiden stars Tsumugi Tamaori, a high school student who falls asleep during history class and wakes up back in time. Specifically next to Nobunaga Oda himself, probably sometime during the mid-to-late 1500s.

In this case, the pair reach the Honnoji Temple to find it burning and doubling as a portal to the underworld. Considering that, historically, that was an assassination attempt on Nobunaga, it’s probably not the greatest spot to be.

Tsumugi, a trained sword fighter, is given a sword by Nobunaga to help put a stop to the sudden calamity. The hero, now equipped, is set to descend into the underworld to fight zombies and other enemies.

If that was it, Samurai Maiden would already be a potentially interesting isekai story. Based on reading the set-up I thought that maybe it sort of has a Drifters feel to it.

But then it goes full isekai. Tsumugi meets three ninjas at the Temple. The trio, known as The Gokage, and opt to travel with Tsumugi into the underworld. Iyo is a tool-using ninja, Hagane is a robot ninja and Komimi is a genius with a unique power.

During the game players will engage with the Gokage System, which combines Tsumugi’s sword and the ninja techniques together. Players can choose which combos will work best for any given situation. Beyon …