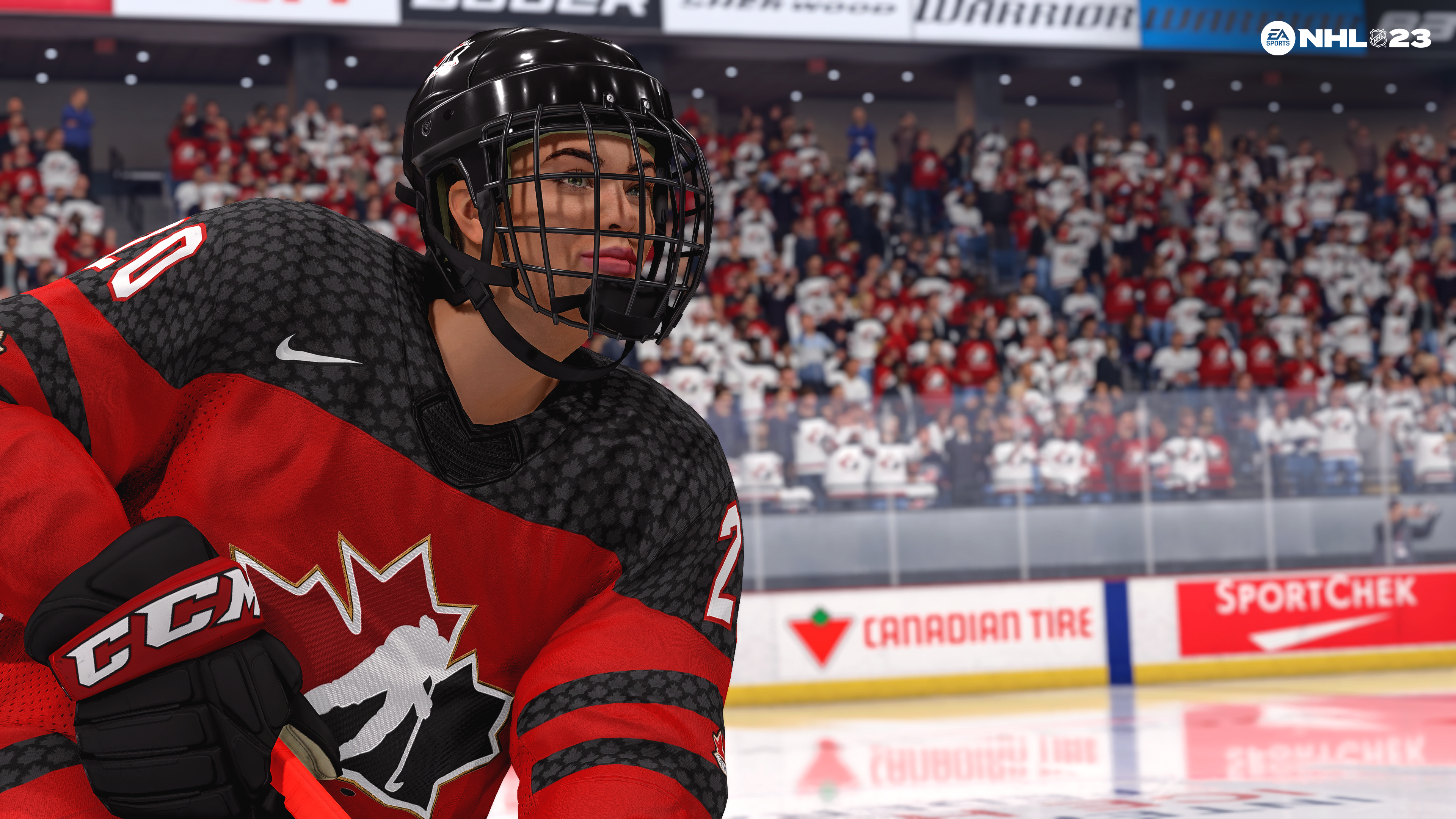 Today, EA Sports is releasing more information about the changes and updates to the latest installment of its NHL game. Yesterday we saw the dual cover athletes, Sarah Nurse and Trevor Zegras. Now it’s time to tear into the details.

EA Sports recently invited us to check out the new features and changes coming to NHL 23. Let’s dig in!

In this years Hockey Ultimate Team (HUT), players can now have women and men playing alongside each other. You can now recruit members of the IIHF Women’s National Team. This enables players to create their ultimate team from all the best players in the world.

On top of all that, HUT Rivals now has several new game themes that players can rotate through. Also of note, EA has added three new tiers of rewards to Hut Rivals based on wins and win streaks.

Sarah Nurse“It is such a tremendous honor to be the first woman on the cover of the EA SPORTS NHL franchise,” said Sarah Nurse of Team Canada in a press release. “Hockey is really for everybody, and I’m excited that NHL 23 is celebrating the diversity and inclusivity of the sport. I hope that the increased representation of women in such a prominent game will inspire young girls everywhere to know that there is a place for them in hockey.”

One of the most requested features from the community, cross-platform matchmaking, is finally here. Planned as an update for November, the matchmaking setting will speed up matching times and bring folks into the pool. Matchmaking only works with consoles of the same generation. So XBox One will not be able to match with PS5, and so on.

Pumping up the crowd.“With teamplay as its heartbeat, the NHL franchise has always been best when played with friends, and this year’s edition will bring players together in whole new ways,” said Mike Inglehart, Creative Director at EA Vancouver. “From the ever-growing presence of women players in the game to the coming introduction of cross-platform matchmaking, NHL 23 reflects hockey’s expanding fanbase and emphasizes that it is a sport best experienced together.”

EA Sports has added a lot of new animations based around puck movement. Grouped together …