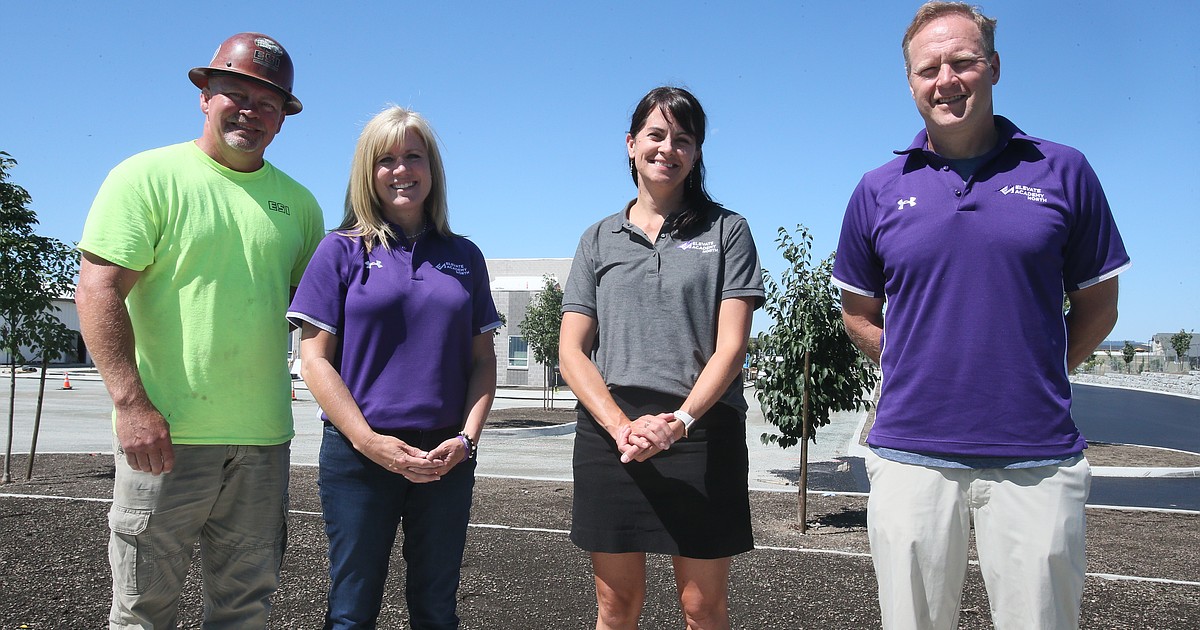 Educational opportunities are elevating to another level in Post Falls as a new charter school prepares to open for its inaugural school year.

Elevate Academy North broke ground last summer, but leaders of this career technical school believe it will continue to break new ground as it opens doors for students for years to come.

“We tell the kids, ‘It’s really only an idea until they show up,'” said Elevate Academy North Principal Marita Diffenbaugh. “Well, we’ve got the facility, so it’s a little more than an idea now. But now they’re going to show up and activate the space.”

Teams are putting finishing touches on the new school at 3716 E. Killdeer Ave., which consists of an academic building of roughly 25,000 square feet and a technical building that is 14,588 square feet.

“Here we are now, paving, trees are in the ground,” Diffinbaugh said.

In its first year, the school will serve sixth through 10th graders, with plans to add 11th grade next school year and 12th grade the following. It has 240 students already enrolled and more than 200 on the waitlist.