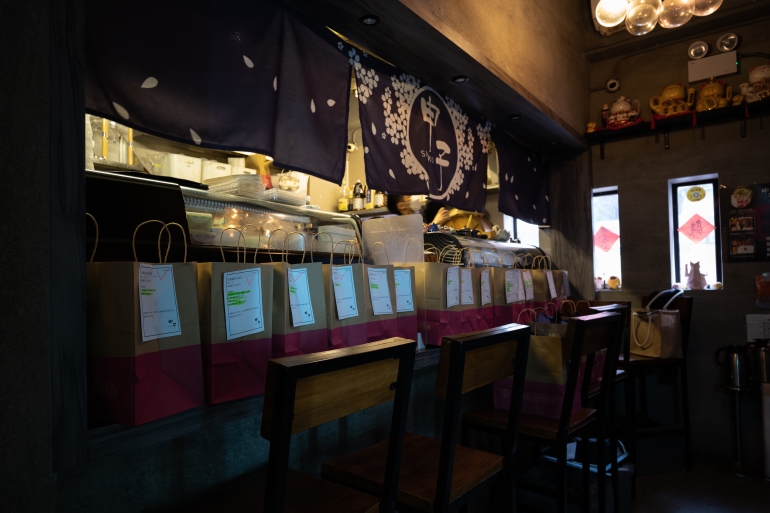 Hong Kong, China – In Hong Kong’s bustling district of Mong Kok, patrons flowed in and out of bars and restaurants over a busy summer weekend recently.But at Shinko, a popular Japanese izakaya restaurant, there was not a customer in sight.
The restaurant had been forced to halt nighttime services for 14 days, after a customer failed to produce a valid vaccination record during a police raid in mid-July.
While other restaurants have received similar penalties under Hong Kong’s pandemic rules, which include restrictive measures long since been abandoned elsewhere, Shinko’s owners are convinced they have received disproportionate scrutiny from authorities due to their political beliefs.
“Hong Kong’s business environment makes me feel helpless, it makes me question if the authorities want to stop us from doing business in Hong Kong,” Hei, one of the restaurant’s co-owners, told Al Jazeera.
Shinko is among the Hong Kong businesses that supported the 2019 mass pro-democracy protests, which began as peaceful demonstrations against plans to allow extraditions to mainland China before morphing into a wider movement that saw violent clashes between protesters and police.
Businesses like Shinko’s are known locally as being part of the “yellow economy” — yellow being the colour associated with pro-democracy sentiment in the Chinese-ruled city.
Shinko, a Japanese izakaya, was forced to halt dine-in services at night for 14 days after a customer failed to produce a valid vac …