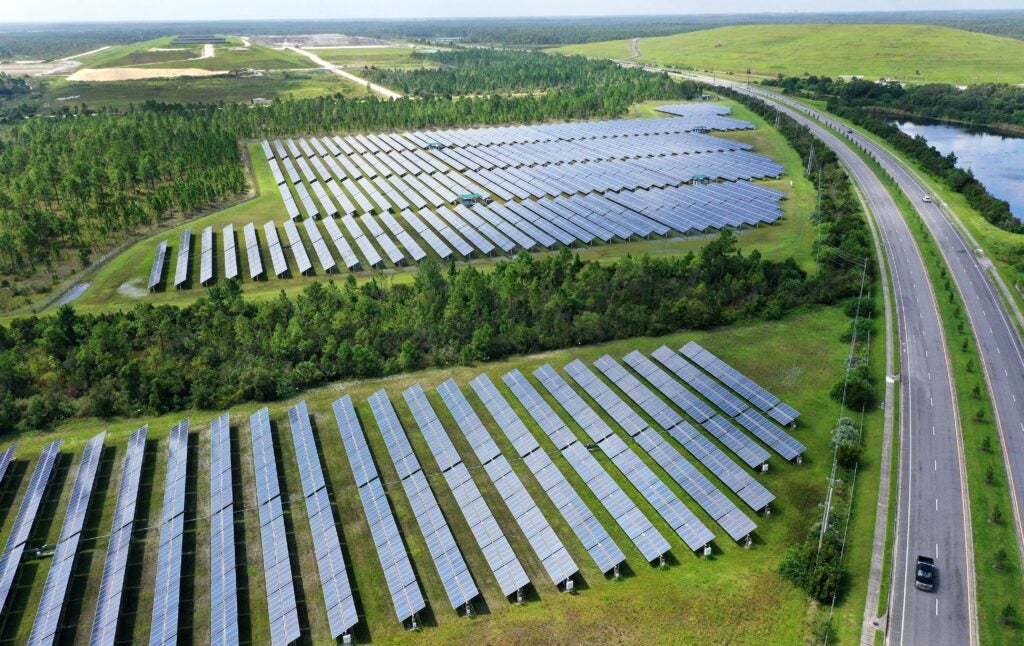 On 16 August, decades of environmental activism and political lobbying in the US achieved a significant milestone, when President Joe Biden signed into law the Inflation Reduction Act, which is the country’s first comprehensive legislative package aimed at boosting climate action.

Before him, Bill Clinton had failed to persuade the Senate to ratify the Kyoto Protocol, while Barack Obama’s attempt to establish a nationwide cap-and-trade carbon market also failed following significant political opposition. Donald Trump, of course, moved in the opposite direction on climate, removing the US from the Paris Agreement.

The six megawatt Stanton Solar Farm outside of Orlando, Florida. US solar power is set to get a massive boost as a result of President Biden’s Inflation Reduction Act being signed into law. (Photo by Paul Hennessy/SOPA Images/LightRocket via Getty Images)

The Inflation Reduction Act’s myriad clean energy provisions target a range of sectors. It makes $30bn available to companies that build wind turbines, solar panels and other clean technologies, and includes a new methane penalty that will impose a fine of $900 per metric tonne of methane emissions that exceed federal limits by 2024.

Around $30bn in grants and loans is available to utilities to aid in their energy transitions, some $27bn is available for the establishment of a new national green bank that will lend to clean energy projects, while $60bn is available to support communities of colour and low-income communities. New retrofitting and EV adoption incentives are also coming into play.

All of this will have a tangible impact on the roll-out of clean technologies in the US, according to models released by the US Department of Energy.

The number of large-scale battery storage projects operating on the US grid in 2030 will now be 2,300, rather than the 1,200 that would have been the case without the Inflation Reduction Act.

The Department of Energy anticipates US emissions will be down 40% on 2005 levels, as opposed to the 30% that would have been witnessed without the Inflation Reduction Act. Passage of the bill is therefore a significant achievement that should be celebrated. Yet if the US is to meet its national pledge of net-zero emissions by 2050, some glaring issues will need to be addressed.

For starters, the US’s latest nationally determined commitment (NDC) – an interim emissions pledge that all partie …