InvestGame releases report for the first half of 2022 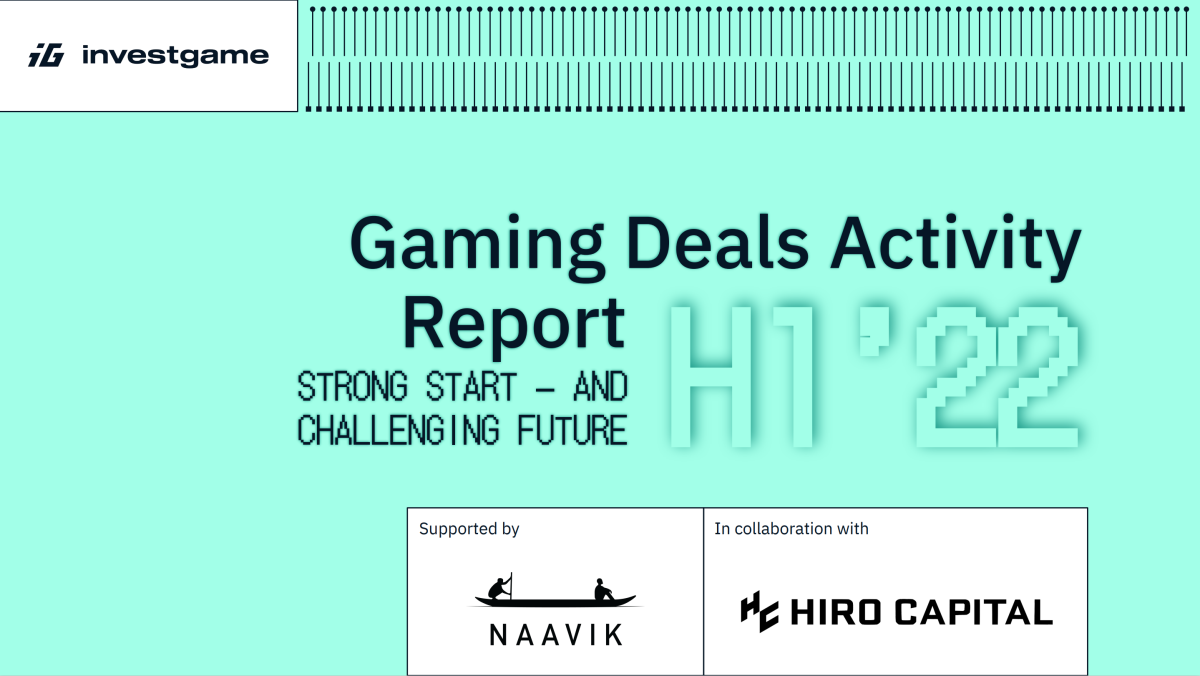 Gaming is a big, complicated business. It’s difficult, if not impossible, to keep up to date with every little transaction in the industry. That’s why many professionals rely on news and reports from firms that specialize in tracking these data points. One such firm is InvestGame.

The latest report from InvestGame gives us some insight into the first half of 2022. It has been a busy year. The half ended with 455 deals being closed worth $43 billion. If you want to count announced but not closed deals, that number goes up to $113 billion.

The amount of mergers and acquisition (M&A) deals went down, but the value went up. The first half of this year saw 126 deal closings for a change of -21% year-over-year (YoY). The value of these deals is a reported $31 billion, marking a 36% change YoY. It is important to keep in mind that 71% of the deal value in the first half was due to giant deals from 5 companies — Zynga, Asmodee, Nintendo, Playtika and Sumo Group.

Blockchain is still performing well, making up 34% of the 316 private deals followed for H1 2022. Overall, private deals amount to over $8 billion in capital raised for the first half of the year. On the other side, public markets performed poorly dropping from $17 billion to $4 billion from the same time last year. The number of transactions also dropped from from 56 last year to 13 this year.