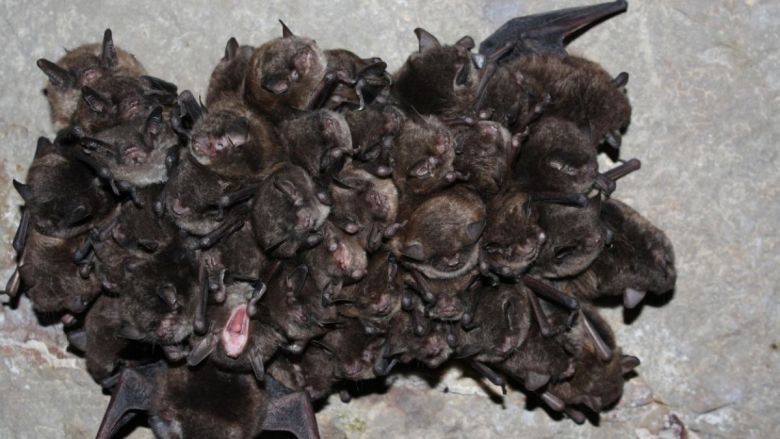 A free email newsletter breaking down the issues that affect Kansans and Missourians the most.

Delivered every Tuesday and Thursday morning

A donation to The Beacon goes beyond the newsroom. We amplify community voices, share resources and investigate systems, not just symptoms.

The Beacon in your inbox. In-depth reporting delivered every Tuesday and Thursday morning.

For Mary Nemecek, investing in renewable energy is the right step toward reducing the effects of climate change.

As the head of conservation for the Burroughs Audubon Society of Kansas City, Nemecek wants to save birds from the effects of climate change, which is affecting their migratory patterns, and in some cases, threatening extinction.

But renewable energy infrastructure comes with a cost — as development increases, birds, bats and other wildlife can be pushed out of their homes.

“I think non-conflict areas have already been taken for wind projects, so now that that low-hanging fruit is taken, you’re starting to get into higher conflict with natural areas and wildlife,” Nemecek said, “non-conflict” meaning land that conservationists weren’t concerned about.

In 2021, renewable energy made up almost 12% of Missouri’s electricity generated in-state. And this number may climb as the state continues to expand its wind projects.

To combat the impact on animals that may coincide with this expansion, Nemecek and other local conservation groups created the Missouri Energy Infrastructure Conservation Siting Work Group in 2019.

Their goal: Protect the remaining natural spaces in Missouri from unintended consequences of renewable energy infrastructure.

The guidelines also address solar energy, as well as pipeline and transmission infrastructure.

What the guidelines say about protecting wildlife

The work group focused almost exclusively on birds and bats, as they can be greatly affected by wind turbines.

They recommend slowing down wind turbines during low-wind and peak bat migration times. This is known as “feathering,” and the turbine’s blades turn parallel to the wind to slow down its speed.

“Early studies show this may reduce bat mortality by up to 30%,” according to the work group’s guidelines.

Another recommendation is to place a 2½-mile buffer between wind energy development and critical animal habitats, because the foraging zone of the Indiana bat is that distance. The bat is common in Missouri and is classified as endangered, according to the Endangered Species Act of 1973.

A cluster of Indiana bats forms in a cave. This species is listed as endangered, and wind turbines can pose a risk. (R. Andrew King/U.S. Fish and Wildlife Service)