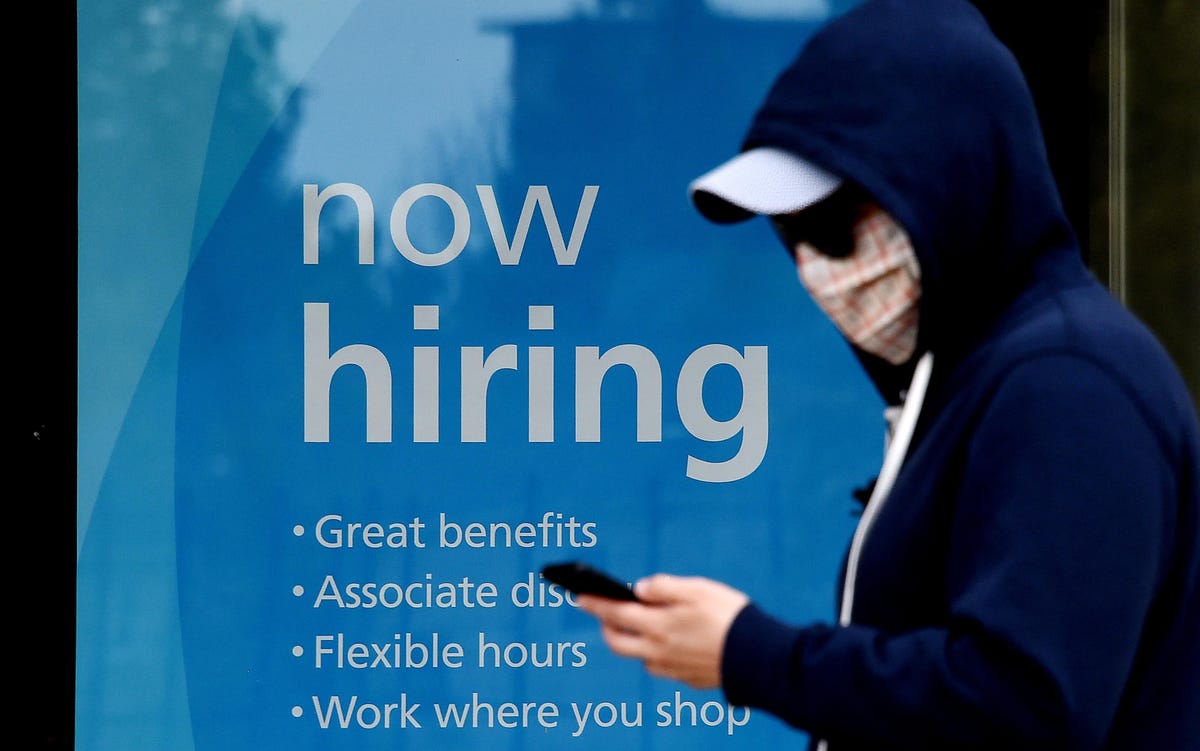 Here is the published version of this week’s Forbes Careers newsletter, which brings the latest news, commentary and ideas about the workplace, leadership and the future of work straight to your inbox every Wednesday. Click here to get on the newsletter list!

A new report from Pew Research Center finds that 60% of workers who changed jobs between April 2021 and March of this year reported an increase in their wages, as adjusted for inflation, significantly more than the 51% of job switchers who said they saw wage gains the year before. (Photo by Olivier DOULIERY / AFP) (Photo by OLIVIER DOULIERY/AFP via Getty Images)AFP VIA GETTY IMAGESAFP via Getty Images

Amid soaring inflation, getting a pay raise is on everyone’s mind. How to negotiate for more pay. How to get a great performance review that leads to a boost in comp. How to develop a side project for a boost in income.

But a new analysis of government data from the Pew Research Center finds your best bet might just be switching jobs. Our communities and leadership team intern Ethan Steinberg covered the report last week, writing that it not only confirms the conventional wisdom that changing companies is the best route to a pay bump, but appears to suggest a growing gap in the fortunes of those who stay put versus those who switch jobs.

Sixty percent of workers who changed jobs between April 2021 and March of this year reported an increase in their wages, as adjusted for inflation. That was significantly more than the 51% of job switchers who said they saw wage gains the year before, according to the report, which analyzed data from the Census Bureau’s Current Population Survey. Among workers who stayed with their employers, the share that reported an increase in real wage gains fell from 54% to 47% over the same period.

The difference was stark: During the second year of the pandemic, half of the workers who changed jobs saw their pay increase 9.7%, while the median worker who stayed in the same job experienced a loss of 1.7%. (Yes, a loss.)

But before you run out and start searching for a new job—you and everyone else, that is—keep in mind that the report, which also surveyed U.S. adults about their job search plans, found that a greater share of people expect their job search to be difficult than the share that plan to look for a job. That could be a sign that the split-screen job market—which has been flashing both red and green as layoffs mount while job openings remain high—is starting to make an impact on employee sentiment.
If a pay negotiation is in your future—or a job search—we have ideas to help. Happy hunting.

FEATURED STORY
More Than 75% Of Employees Want To Work For Companies That Support Abortion Access: Survey
Amid new restrictions on abortion in at least twelve states, many workers want their employers to take action, writes Forbes senior contributor Kim Elsesser. New research from LeanIn.Org reveals that most employees under age 40, regardless of their political affiliation or gender, want to work for a company that supports access to abortion. And …